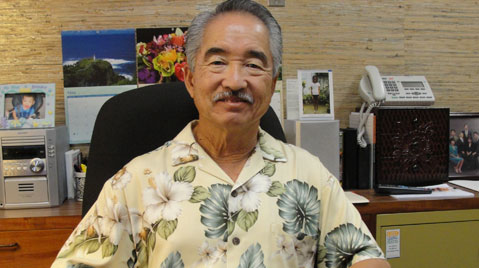 Honolulu City Councilman Gary Okino knows how to plan for the future. In July of 2000, he retired from the City’s Planning Department as Chief of the Planning Division. His 33 years of experience in the department allowed him the opportunity to work closely with the City Council. That experience helped lay the foundation for Okino to become an effective leader and decision maker while representing District 8, which includes Pearl City, on the Honolulu City Council. 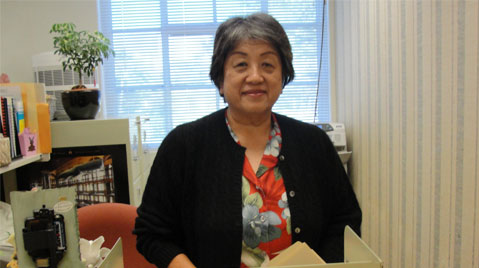 We sat down recently in his Honolulu Hale office to discuss his career and the challenges the City Council endured while preparing to balance the 2010 budget. Tax and fee increases, a tax credit plan stalemate and plans to begin construction on the Rail system were all topics of discussion during our meeting.

Q: Can you put a grade to the City Council’s performance on balancing the recently completed 2010 budget?

A: “I think we did a pretty good job on the budget. We cut where we needed to cut. We saved whatever services we needed to save and kept our fee increases to a minimum. The only part that I wasn’t really satisfied with was the fact that we couldn’t pass the tax credit.”

Q: How was the tax credit plan structured?

That’s not good if you’re going to affect property owners who have to stay in their homes. That’s where the tax credit came in. We raised the property tax for residential but we give a tax credit to the homeowners”

Q: So, your plan was to offset the property tax increase with a tax credit?

A:  What happens there is you basically negate the tax increase for the homeowners. The burden of the tax increases goes on to the investors and the people who buy homes from the mainland and own property here.

Q:  How much of a tax credit and how does it work?

A:  “It’s a flat rate tax credit.  Everybody who is a homeowner would receive a $175 tax credit.”

Q: What property tax rate did the council decide on?

Q: Did the Mayor’s property tax rate plan include the $175 tax credit?

A: “Yes, he was for the concept to help the average homeowner.”

Q: How has your experience as a former Chief of the Planning Division for the City’s Planning Department prepared you to effectively execute your responsibilities on the City Council?

A:” As a City Planner I got involved with every department in the city, every function in the city. I’ve been exposed to everything the city does. In fact, for almost twenty years I was like a liaison to the council. I had the perfect training to serve on the council.”

Q: What is an example of your role as the City Planner to plan a big project?

A: “The Rail is a perfect example. In the early 70’s we said we were going solve our regional traffic problems by putting in a rail system. Back in the 70’s as planners we had long range vision, we had foresight”.

Q: How will today’s Rail plan impact development around the rail system infrastructure?

A: “What’s good about the rail system is you get concentrated development around the rail stations so you can put more people in a smaller space without increasing congestion. That’s the beauty of this rail system.”

Q: Do you feel the current route from Kapolei to Ala Moana will best serve the public considering a good amount of cars on the roadways during rush hour are students commuting to and from the University of Hawaii?

A: “We had to stay within our financial constraints. We had to show the Federal Government that for the money we are going to spend we will have the ridership. Manoa will be done. That will be the first extension. The route to UH Manoa will add 5000 riders. The Waipahu to Kapolei route will add 100,000 riders to the system. “

Q: Would you say that your experience as a City Planner has played an instrumental role in the development process for the Rail through the City Council?

A: “I would say that I’m the biggest proponent.”

Q: Any message that you would like to extend to our MyPearlCity.com online Ohana?