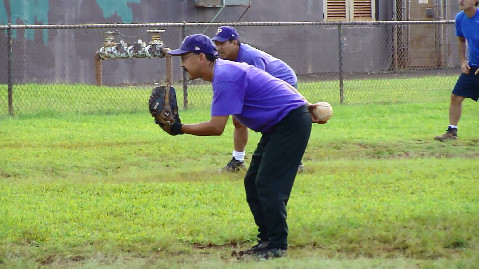 The Pearls play in the Leeward Makule Softball League. The league is made up of 5 teams: Pearl City, Aiea, Ewa, Wahiawa and Waipahu. Players must be at least 40 years old and be able to hit a fast pitch (I threw the fast pitch in because it looked pretty fast to an old man like me).

Most of the Pearl City Pearls have played organized baseball together from childhood, some going as far back as the late 60’s and 70’s. Pearl City Pearls teammate Randy Nakama explains, “Guys my age, from little league and senior league, a lot of us played together like on all star teams. This team is strong because everybody is rooted from Pearl City. Coach Stan Abe’s dad actually started the team.” 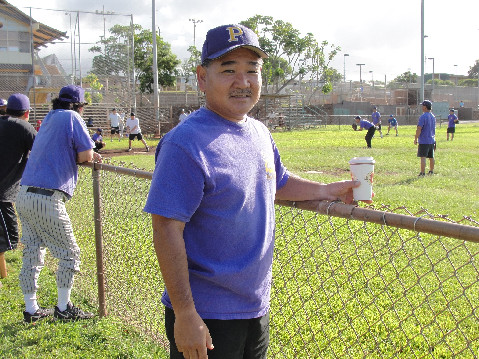 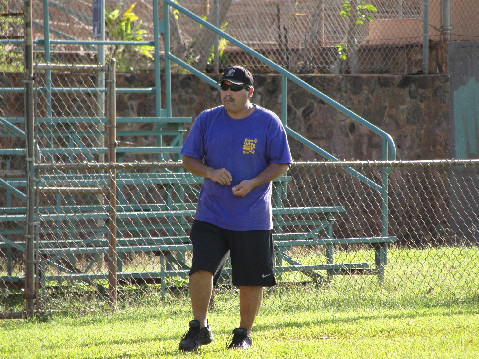 I remember Coach Stan Abe’s dad from playing Pearl City Pony League Baseball with Stan back in the early 70’s. Stan’s brother Ren Abe is also on the Pearls.

What’s truly amazing is that these guys are still playing ball together after all these years. They have a tight knit bond that takes care of one another. They actually sit out some ball games so others can play. Randy Nakama, “We don’t mind not playing. We just play a couple innings. It’s the camaraderie.”

The camaraderie is definitely there with the Pearls, connecting generations of Pearl City ball players, families and supporters. From players as young as 40 years old to Pearls Pitcher, Jimmy Ibarra who is still delivering strikes at 70 years old. 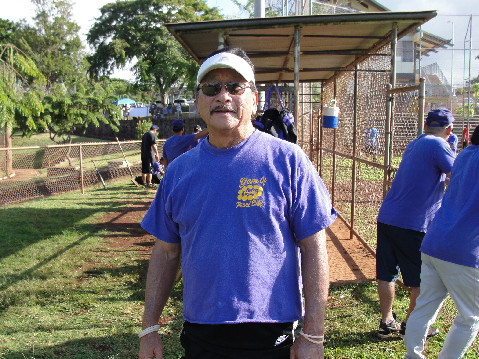 The Pearl City Pearls took the first round title of the Leeward Makule Softball League and currently sit in second place in the second round. The Pearls take on Waipahu on Sunday at 9:00am at the Pearl City Recreation Center baseball/softball diamonds.

I would like to thank Coach Stan Abe and Randy Nakama for letting me hang out with 2009 Pearl City Pearls Makule Softball team.