Former HIS teacher and alumni, Cy Carnate served as the events emcee. The program kicked off with the HIS Jazz Band performing to the crowd which included the HIS student body, faculty, staff, alumni and invited guests. HIS alumni and current Hawaii State Senator, David Ige presented the school with a proclamation plaque from the Hawaii State Legislature commemorating the milestone. 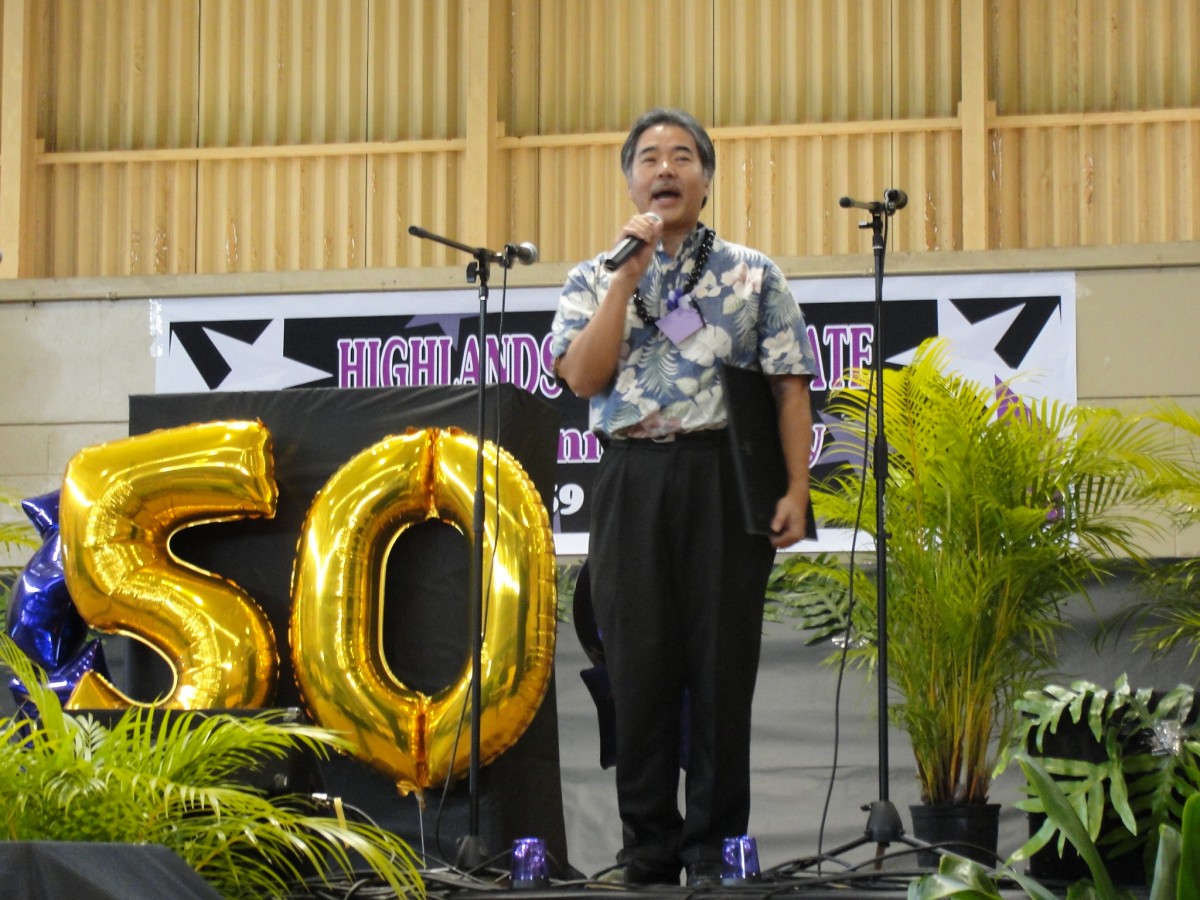 HIS Principal, Mrs. Amy Martinson was joined by former Principal, Mr. Shige Ushiro to open and reveal a 25 year old Time Capsule that housed memorabilia from the class of 1985. "To have Mr. Ushiro there to help me empty out the time capsule was kind of exciting for him I think more than me because he was here when they buried it," commented Principal Martinson. Mr Ushiro served as HIS Principal from 1974 – 1986. 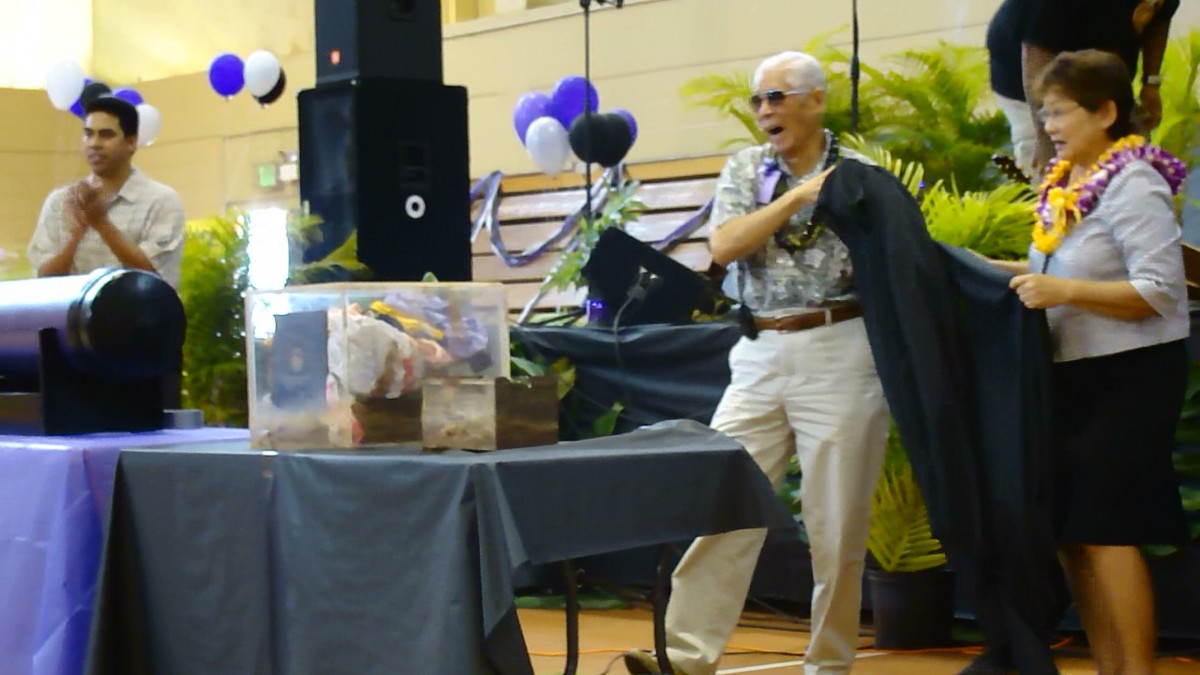 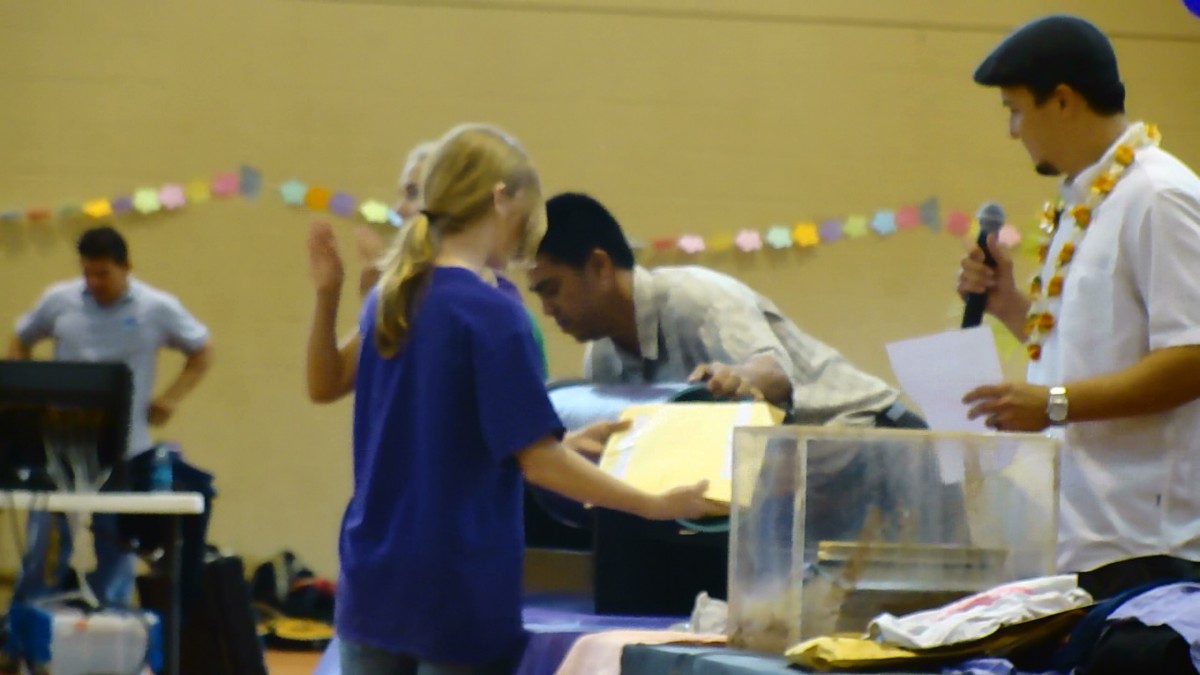 HIS Class of 2010 loading time capsule to be opened in the year 2035. Photo By: Barry Villamil / barry@mypearlcity.com

The 50th Anniversary Assembly Program also included live performances from alumni and current HIS students. Alumni, Rylan Tokioka showed his exceptional talent on the ukulele performing a very melodic solo. The Highlands Ukulele Ensemble and the Highlands Idol's took to stage as well to the delight of the crowd. Highlands Hula Halau performed to the music of HIS alumni and Hawaii "Super Star" entertainer, Sean Naauao and his band.

The student body cheered and applauded, showing their appreciation for each performance throughout the assembly. "I think that they were happy to see all the talent that we have and all the talent that came out of Highlands, they love it," said Principal Martinson. 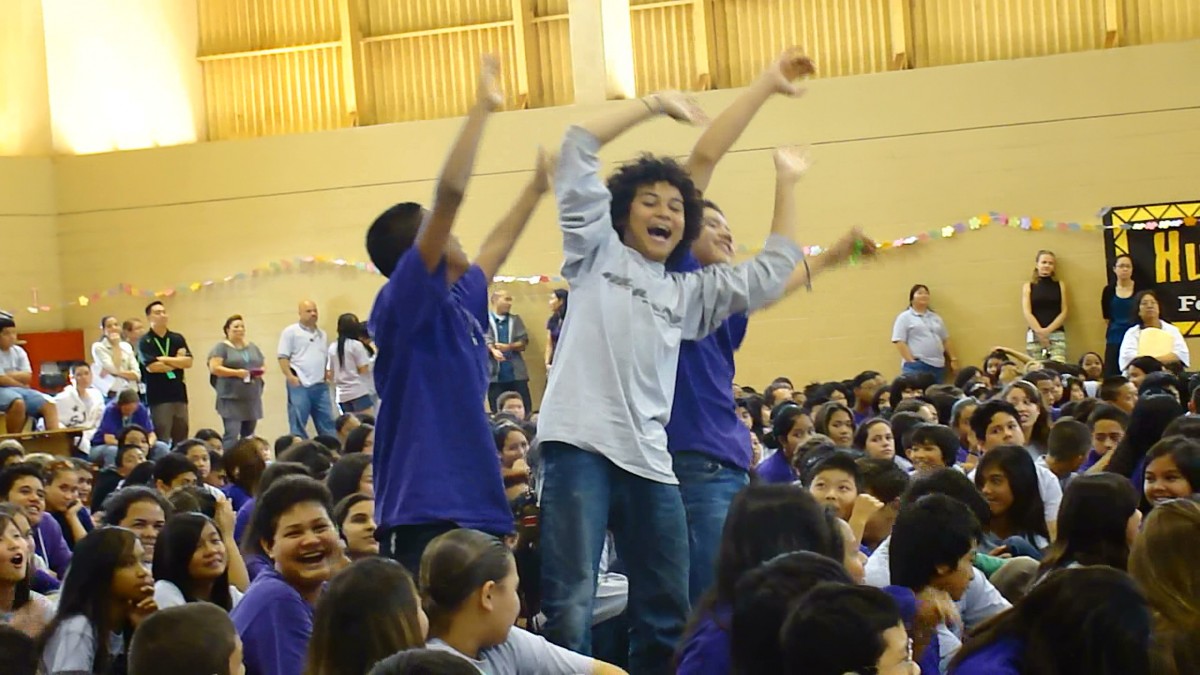 HIS students having a great time!  Photo By: Barry Villamil / barry@mypearlcity.com 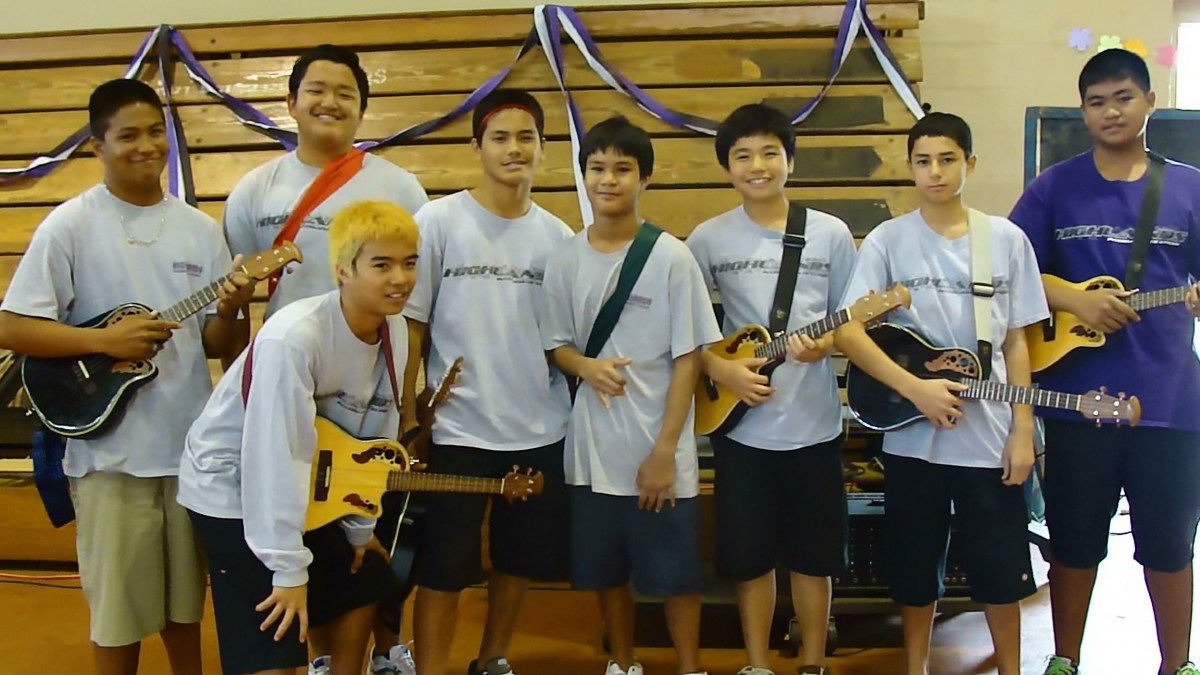 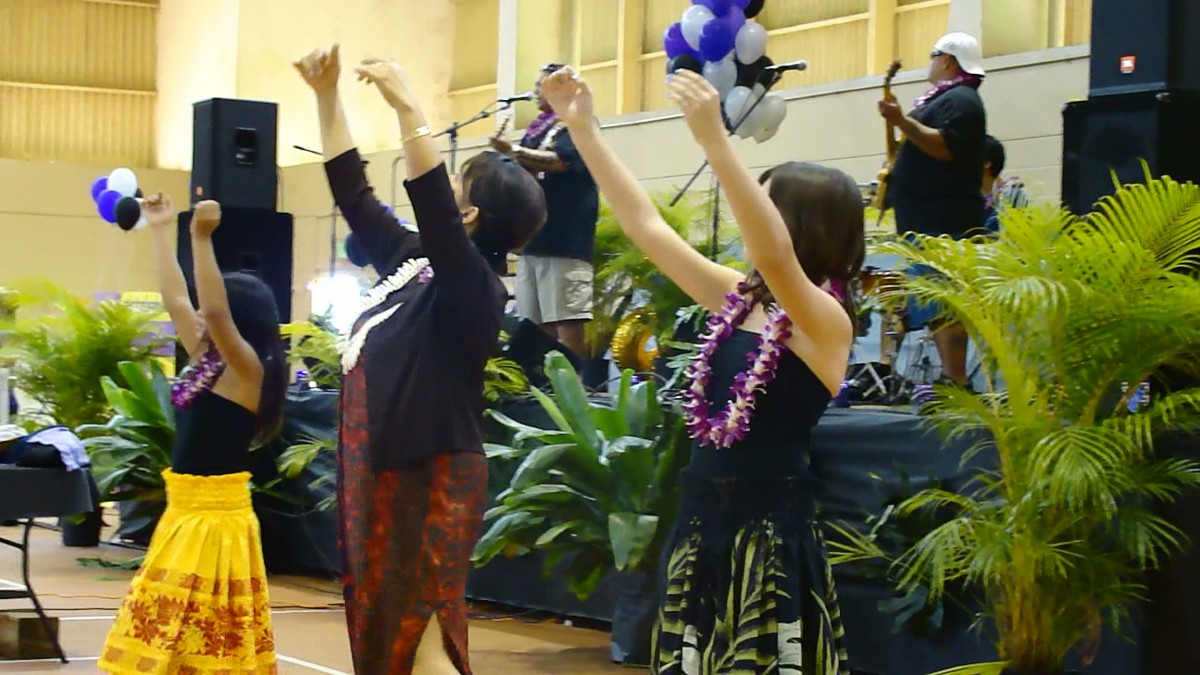 One of the highlights of the day was the unveiling of the school's new mascot by the student body council. From March 11, 2010, the school will be known as the Highlands Intermediate School Colts.

Congratulations to Principal Amy Martinson, her staff and faculty and the amazing Highlands Intermediate School student body as you celebrate your 50th Anniversary! Also, for all those who came before, from 1960 to the present. 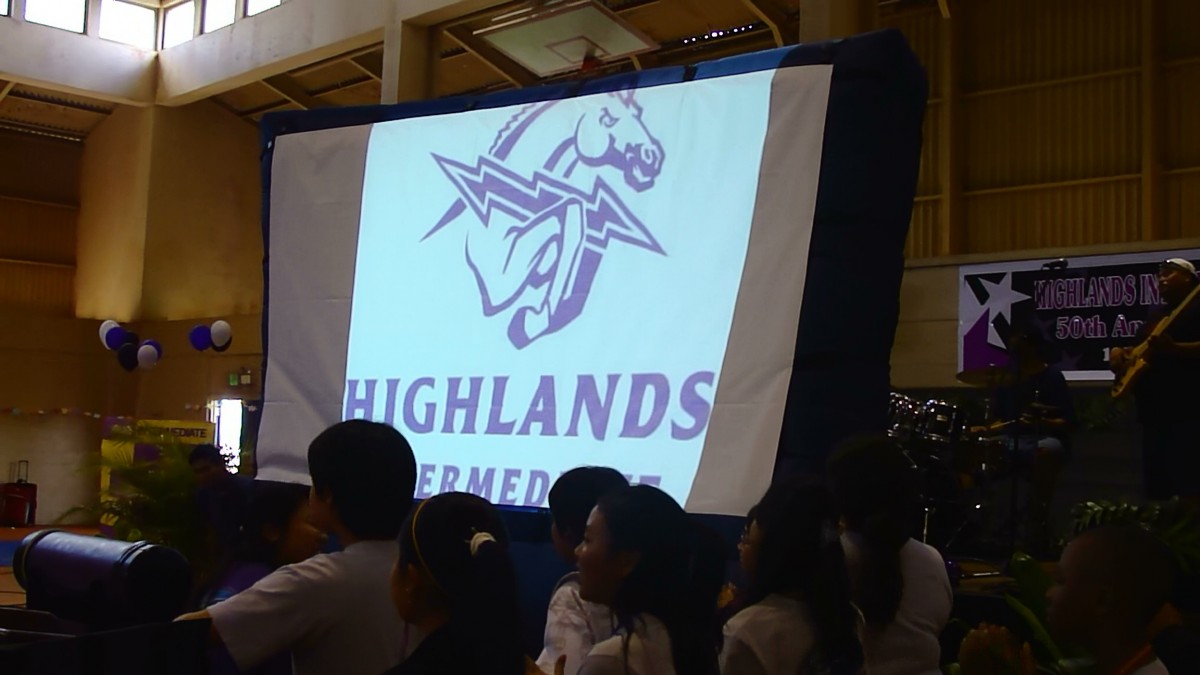 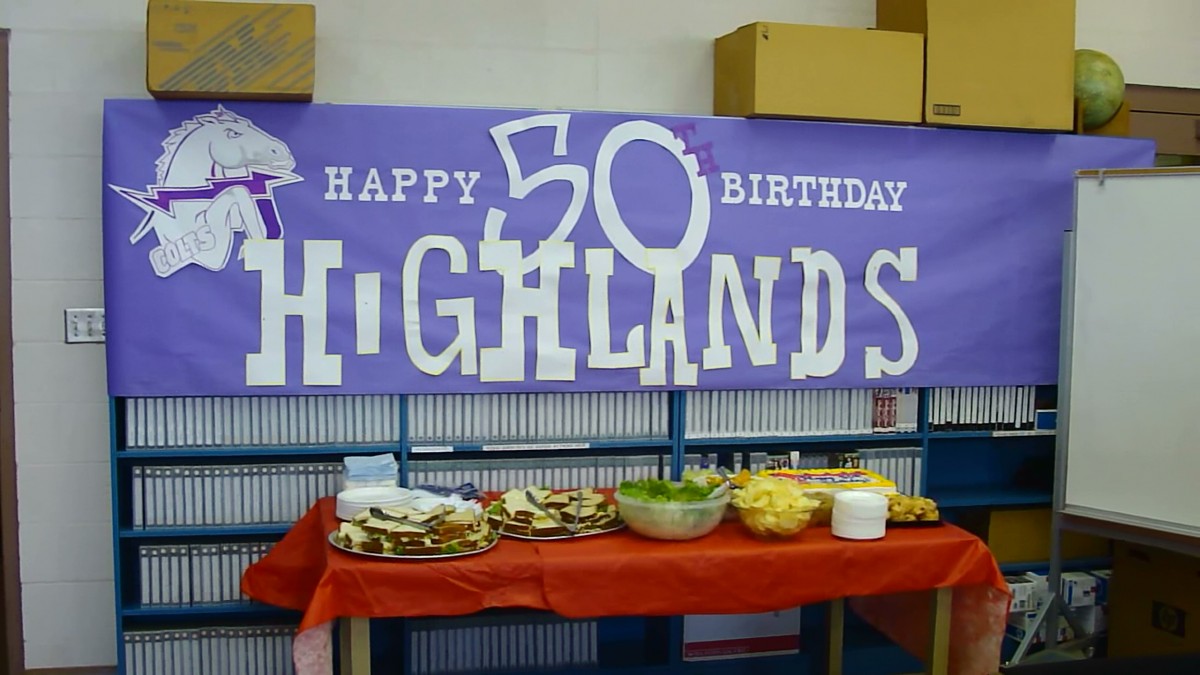