Aesop was Greek slave who was born around 600 B.C. The performance program describes him in this manner,  "Aesop was a quick witted entertainer whose clever fables brought him fame, fortune, and eventually his freedom."

The Momilani student body, faculty, staff along with parents, family and friends were treated to two performances on Wednesday, March 10. The first performance started at 8:00am and the second at 6:00pm for the evening crowd. All that attended were treated to a very creative and well produced rendition of Aesop's Fables Deluxe. 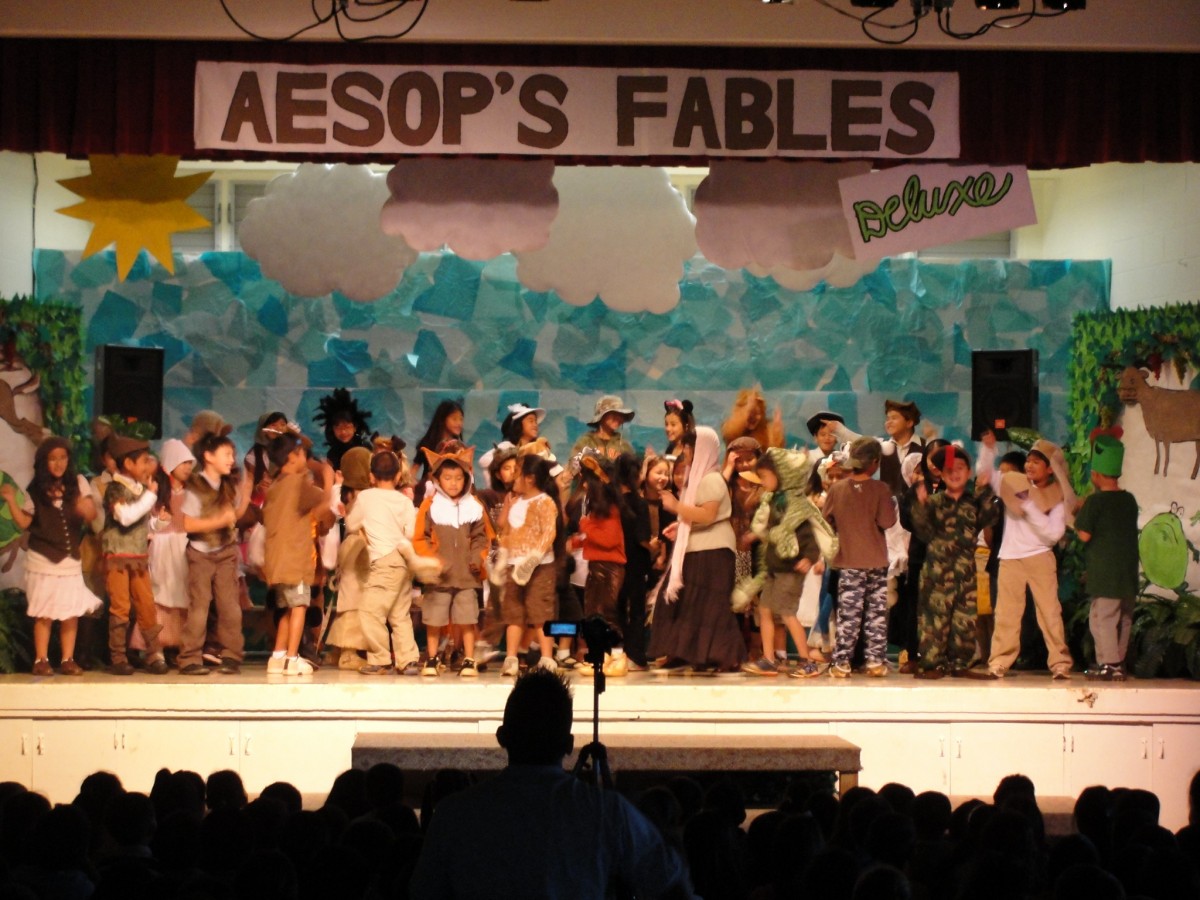 It was obvious from the opening scene to the final curtain, that it must of taken a lot of planning and coordination to make Wednesday's performance a success. The students looked great in their costumes and played their characters with ease. The stage set designs were very impressive as well. 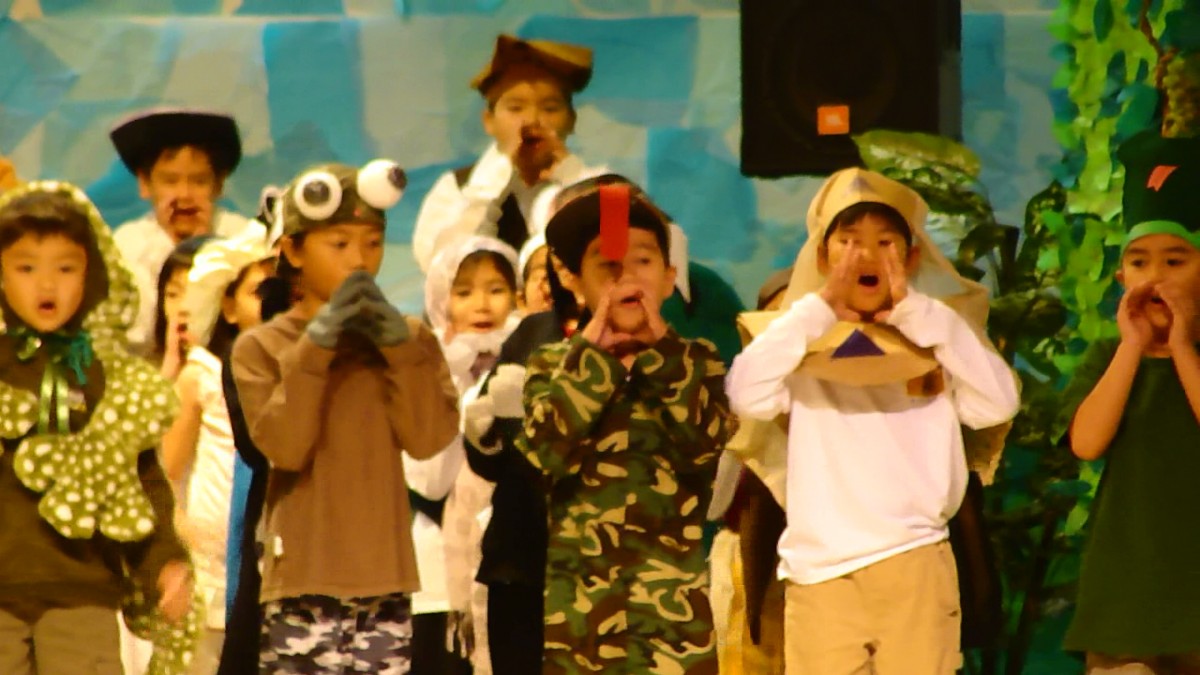 Momilani 2nd graders singing 1 of 13 songs during their performance. Photo By: Barry Villamil

The Song List that the 2nd graders performed included:

Special Thanks goes out to the following: