The City & County of Honolulu Department of Transportation Services conducted Pearl Highlands Rail Transit Station Community Workshop #2 on Tuesday, March 30, 2010 at the Highlands Intermediate School Cafeteria. The workshop was a big success as the community had the opportunity to voice their concerns and opinions with regard to the development of the Pearl Highlands Rail Transit  that is planned to run straight through Pearl City on Kamehameha Highway.

Representatives from the City & County of Honolulu, which included Mayor Mufi Hannemann, Department of Transportation Services Director, Dwyane Yoshioka and Managing Director, Kirk Caldwell were present to address the community during the workshop. 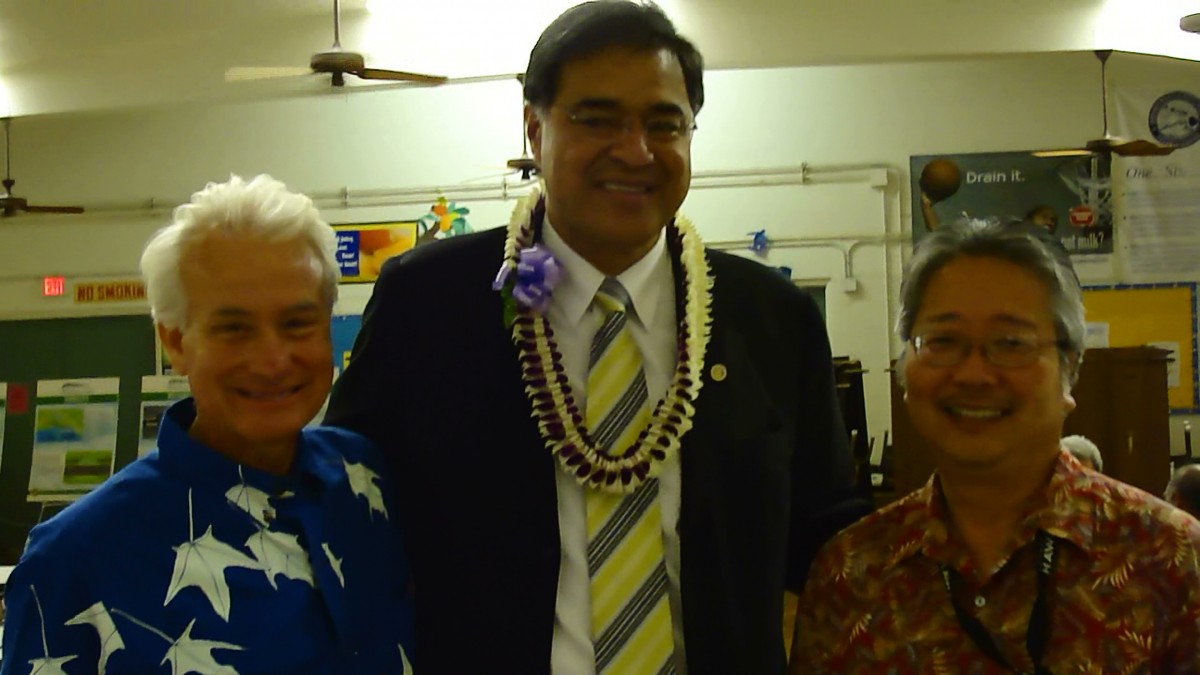 This was a great opportunity, as a Pearl City resident, to learn more about the City's plan to construct the Pearl Highlands Rail Transit Station. It was also another opportunity to be heard. This is the second rail transit workshop that I have attended in the month of March. Comments from the public in the first workshop were represented Tuesday night.

Pearl City community workshop attendees were introduced to the planning and development areas which included the: Pearl Highlands Rail Station, Regional multi-modal transit center and the Pearl Highlands Rail Station, preliminary design. Attendees were broken up into groups A-D to meet with city representatives to have their questions answered and provide community input.

"This community workshop is the second of three workshops. This is important because it takes the comments that were mentioned at the first workshop, tries to integrate them into the station design and hopefully this is where we actually compare," said DOT Services Director, Wayne Yoshioka. "We want to find out how well did we get the message that people were commenting on the first time around, get that all patched in and hopefully by the time we get together for the third meeting, it will reflect what everyone said." 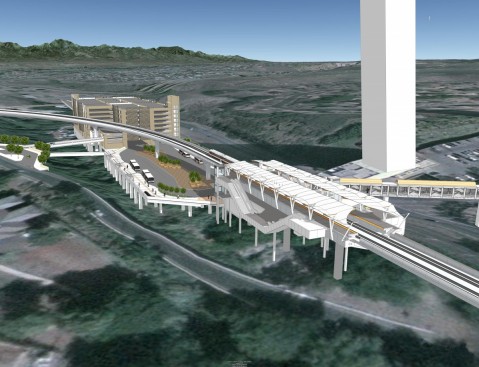 I asked Director Yoshioka for the City's plans to keep the communication with the public after meeting three? "What happens is that now we start to move on in terms of the other stations and check with the other communities down the line. The input that was put in on these plans here, then serve as input when these go out for design, final design," said Yoshioka.

I also caught up with Mayor Hannemann to get his opinion on the series of rail workshops that are planned to benefit and educate the residents of the communities that the rail will run through. "It is very important. The project that we are embarking upon, in my opinion, the only way that it is going to be truly successful is if the community feels that they have been able to a share their mana'o, provide their ideas, their input and that it's open and transparent," said Mayor Hannemann. "We've tried to do this from the very beginning when we started this whole process now nearly some five years ago. I'm very, very pleased that people are coming out and as you can see, there is a lot of follow up, follow through. This is where they can ask their questions and get detailed answers and if we don't have their answers tonight, we'll get back to them." 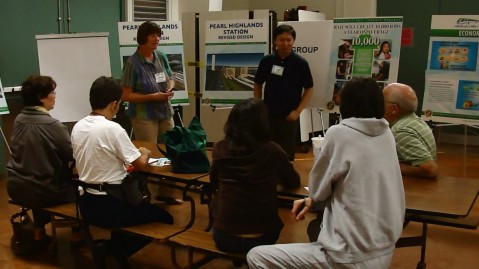 Recently reported in the media is the issue of the Environmental Impact Statement (EIS) decision and the required airspace study for the rail route near the Honolulu Airport.  In a handout given to attendees on Tuesday night during the rail workshop, it stated that the City gave the airspace study to the Hawaii Department of Transportation (HDOT) in 2008 and the Federal Aviation Administration (FAA) in mid-2009. I asked Director Yoshioka about how these issues will have an affect on the initial ground breaking for rail construction?

"We will not break ground before we have a record of decision on the EIS. The EIS is comprised of 2 parts. It's a multi purpose document. It serves as the EIS for the Federal process and it also serves as the EIS for the State, Chapter 343 process," said Yoshioka. "On the Federal side, we think once we resolve the issue with the airport, we'll be pretty good. We have a mandatory 30 day review period. With the State 343 process, really that's up to Governor Lingle as to how long that will take." 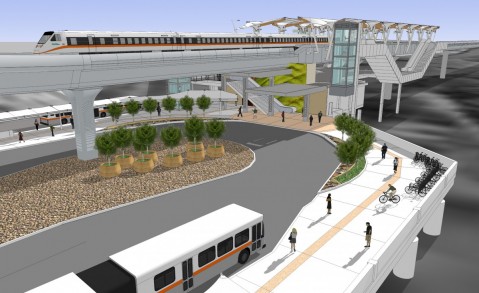 In my opinion, this is our opportunity to make a difference by delivering our input to this massive project that will affect our community. We have a voice and the City is listening.

Thanks again for logging on to MyPearlCity.com!