Goldilocks, Papa Bear, Mama Bear, Baby Bear and cast , were joined by Little Red Riding Hood, The Big Bad Wolf and Cinderella. The students performed at 1:00pm for the faculty, staff, student body, parents(family) and friends. A second performance was scheduled for 6:00pm.

They performed their hearts out and were well prepared as it showed in every aspect of their performance roles. Congratulations to Principal Higa and her staff for truly making a difference in each students educational experience (including fun factor) while attending Momilani Elementary School. 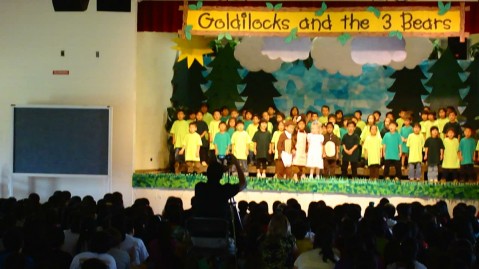 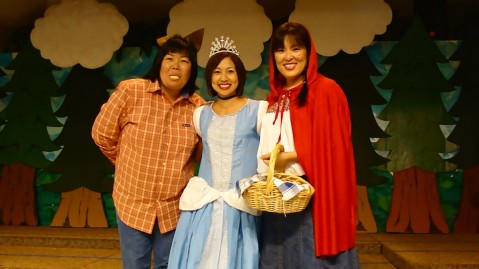 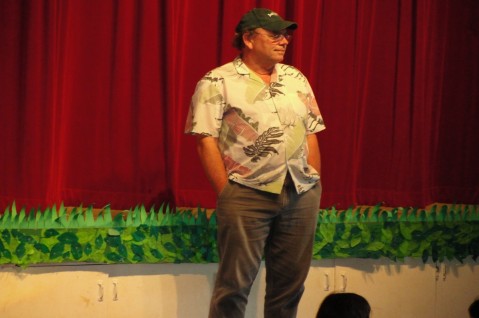 Director Bill Ogilvie speaking to the audience before the curtain went up. Photo By: Barry Villamil / barry@mypearlcity.com 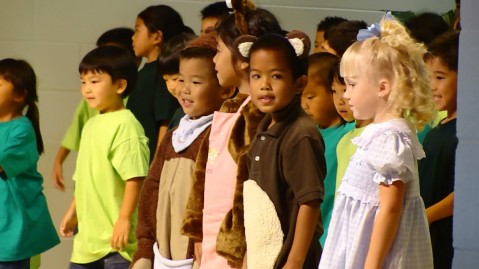 Goldilocks and the 3 Bears did a great job! Photo By: Barry Villamil / barry@mypearlcity.com

A special thanks to the following supporters who came together to make the Goldilocks and the 3 Bears presentation a wonderful success:

*  Hard-working and loving faculty and staff