Volunteers that helped cleanup the Pearl City section of the bike path worked along the Pearl Harbor basin from Neal Blaisdell Park through Leeward Community College. Volunteers from the Navy, HECO, Pearl City Lions Club, Mana Loa-Nimitz Lions Club and others picked up rubbish and debris from 8:30am to 10:30am.

The City & County of Honolulu Department of Environmental Services provided an informational  session to the volunteers upon check in at 8:00am to go over what to look for, how to properly pick up and dispose of the larger debris items and the cleanup path boundaries along the bike path. 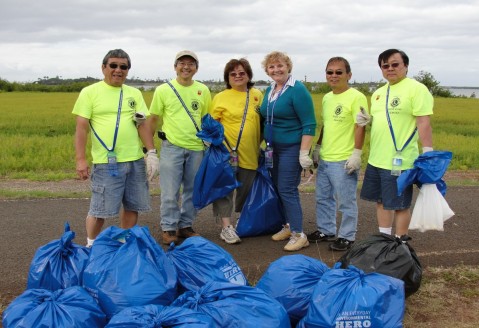 Members from the Mana Loa-Nimitz Lions Club helping out near Blaisdell Park in Pearl City. 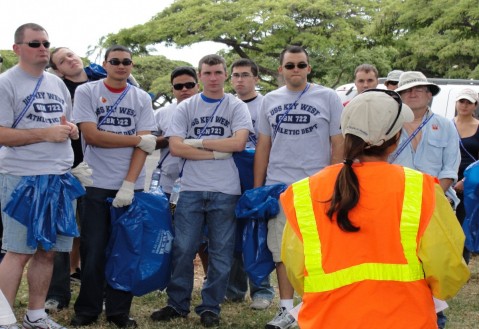 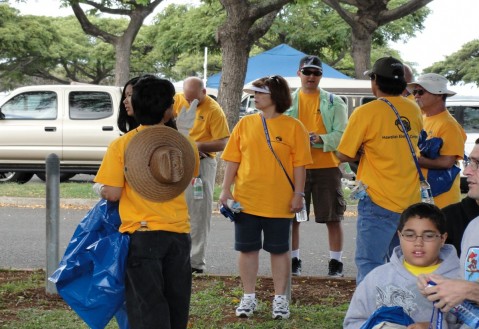 Hawaiian Electric Company volunteers ready to set out on the bike path at Blaisdell Park. 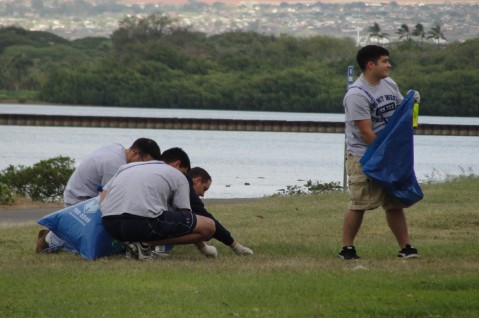 Pearl Harbor Bike Path starting to shape up by 9:00am as Navy volunteers remove trash. 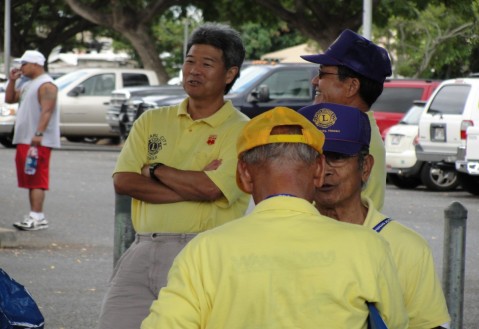 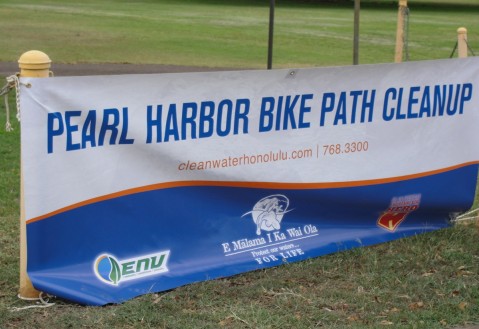 Mahalo to all the volunteers that made a difference in our community on Saturday, April 17, 2010.