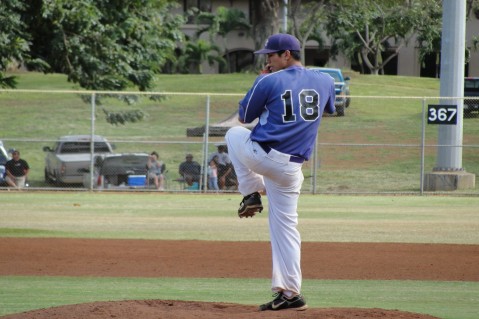 Pearl City's, Kahana Neal earned another victory for the Chargers on the mound on Thursday against Moanalua 4-1.

"Kahana bore down today. We were going to bring Chace (Numata) in if he got into trouble but Kahana said he felt good so I left him in," said Chargers head coach, Gary Nakamoto. "The Moanalua pitcher also did good, kept our batters off balance." 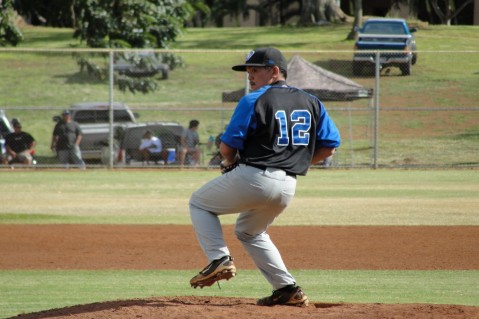 Moanalua got on the scoreboard in the top of the second inning on Jordan DePonte's RBI double that scored Austin Inabata from second.

"The key hit was when Royce hit the triple that brought in two runs," said Nakamoto. "When we got ahead 2-1 the momentum kind of shifted towards us." 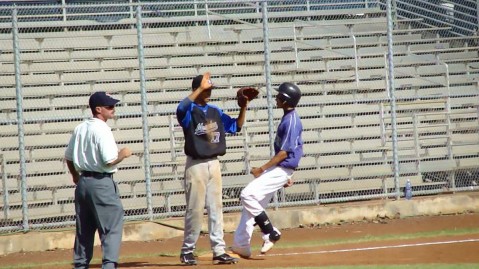 Pearl City's, Royce Murai pulling into third base after a two-run triple in the bottom of the third inning against Moanalua.

Both games will be televised  live on Oceanic Cable OC16.