It wasn't easy but Pearl City slipped past Miliani 3-2 on Friday to earn their way to the OIA Red Division Championship game against Campbell tonight at the CORP Baseball Complex in Waipio.

Pearl City (14-0) utilized the services of the Numata brothers, Chevas and Chace who combined on a four-hitter for the 3-2 win in the semi-final match up against Mililani (9-6). Chevas earned the win going 5 and 1/3 innings yielding to older brother Chace, who took care of business for the final five outs. In the seventh inning he threw nothing but heat, striking out the final three batters in dramatic fashion to close it out.

"Chase came in and did his job," said Chargers head coach, Gary Nakamoto. "That's what we're going to use him for in the tournament as far as being a closer for us. Throw one or two innings." 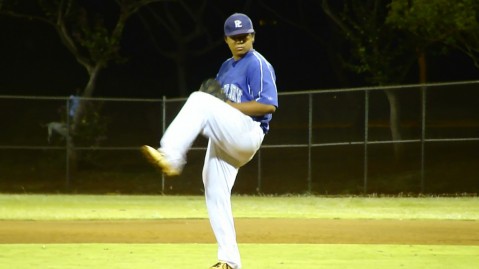 Pearl City starting pitcher, Chevas Numata on the hill for the Chargers against the Mililani Trojans. 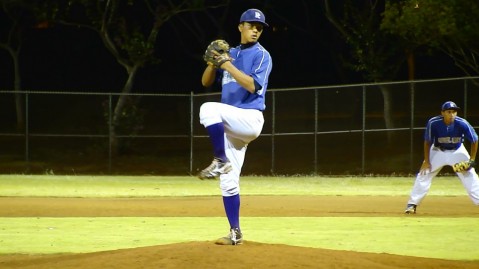 Chace Numata took the mound for the Chargers in the sixth inning to close the door on Mililani.

Pearl City got on the scoreboard,  taking a 1-0 lead in the bottom of the first inning on a groundout  by Chevas Numata scoring Jordan Oshiro from third base.

The Trojans put up two runs of their own to take a 2-1 lead in the top of the second inning on Chad Tanaka's RBI triple and then scoring from third on a   groundout by Chad Uyehara. 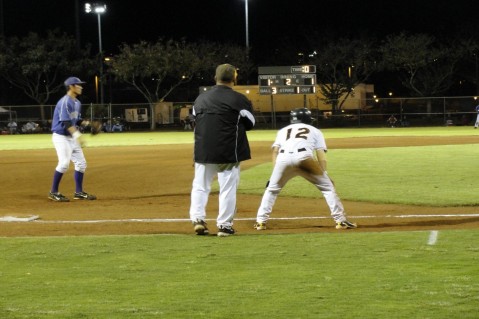 Chad Tanaka in scoring position on third base after hitting an RBI triple to tie the  ball game in the top of the second inning.

Pearl City would come back in the bottom of the second inning scoring Kahana Neal on Royce Murai's RBI single up the middle for a 2-2 tie.

The Chargers went ahead 3-2 in the bottom of the fourth inning after Mr. Clutch, Royce Murai drilled a double and later scored on Jordan Oshiro's RBI double to left field. 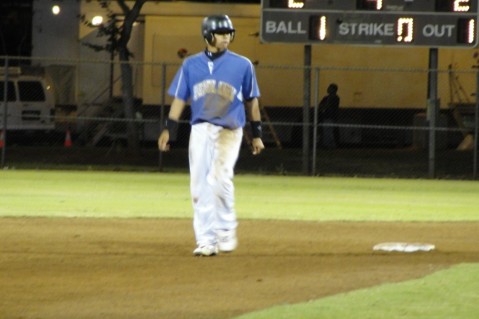 Pearl City's, Royce Murai on second base after hitting a double in the bottom of the fourth inning. Murai will later score the go ahead run for the Chargers on a RBI double by Jordan Oshiro.