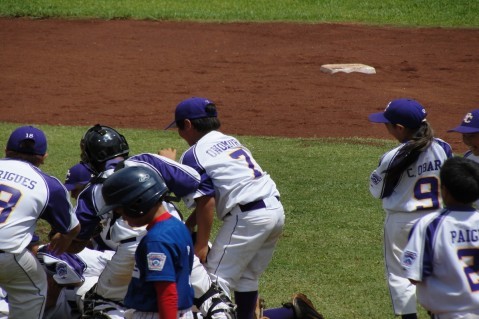 Pearl City players celebrating after final out of the Championship.

Kihei, the District III Champions representing Maui took an early 2-0 lead after one inning. Pearl City came back in the top of the second inning with 6 runs on 5 hits to take a 6-2 lead. Kihei scored 2 runs in the bottom of the third to cut into the Pearl City lead  6-4. Pearl City exploded in the top of the fourth inning scoring 10 runs to put the game away. Pearl City pitcher, Kanoa Meredith earned the victory in relief.

It was second meeting between the two teams. On Thursday, Pearl City defeated Kihei 17-4 in their first meeting of the double elimination tournament. Pearl City opened the tournament on Tuesday with a 17-0 victory Kauai. The Champions outscored their opponents 50-8 in three tournament games. 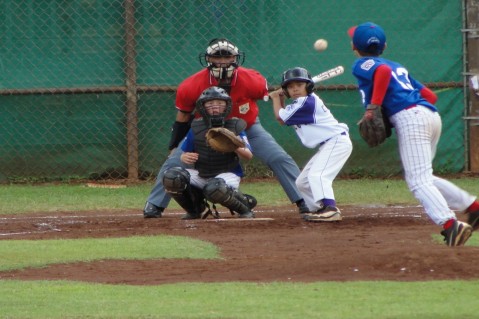 Cheyne Obara keeping her eye on the pitch on Saturday against Kihei. 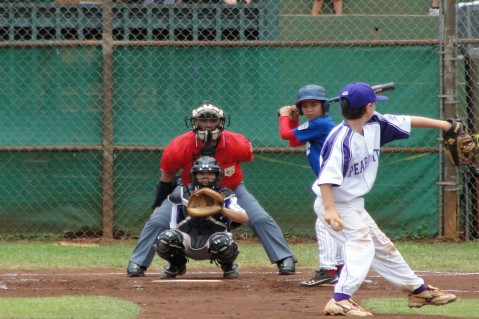 Pearl City pitcher Kanoa Meredith shut down Kihei in relief for the win and Championship. 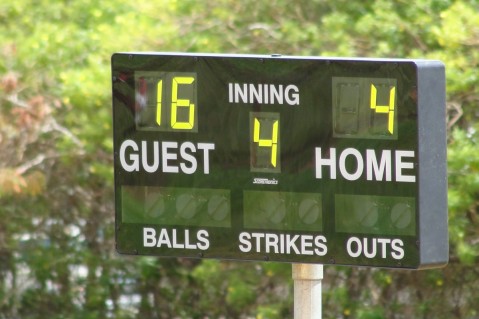