Waipio remained unbeaten in the 2010 District 7 Majors Little League Tournament by defeating Pearl City 5-1 on Thursday at Pride Field in Barbers Point. Waipio starting pitcher, Noah Shackles had great control of his pitches to earn the win over Pearl City. 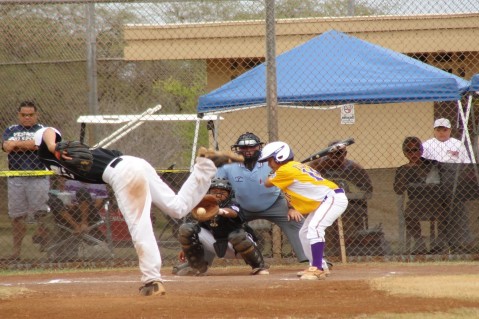 In the top of the first inning, Waipio took an early a 2-0 highlighted by Kaho'ea Akau's lead off triple to left field.

Pearl City scored in the bottom of the third inning on a solo homerun by second baseman Colby Hirano. Pearl City trailed Waipio 2-1 after three innings. 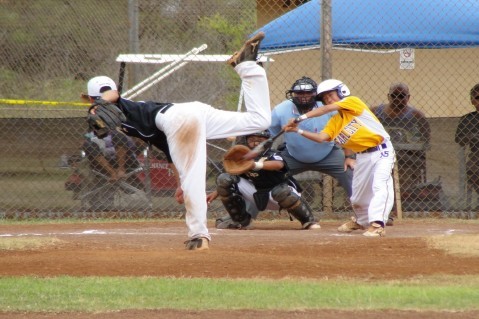 Colby Hirano drills a solo homerun over the center field fence in the bottom of the third inning.

Pearl City made a pitching change in the 5th inning bringing in multi position player, Codie Paiva from shortstop to relieve starting pitcher Noah Abreu. Abreu moved to shortstop. Waipio put three runs on the scoreboard in the 5th inning. 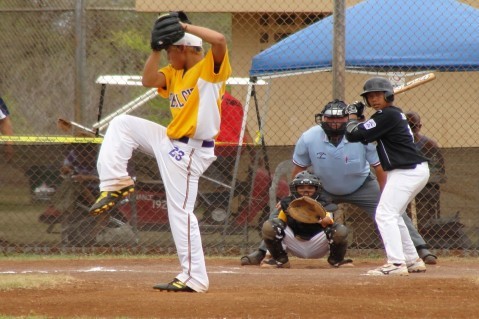 Justice Nakagawa scored the first run of the inning from third base on a pass ball that gets bye Pearl City catcher Keanu Nicholson. Kaho'ea Akau reached first base on a walk. Waipio first baseman, Ty Desa steps to the plate and lines a two run homerun to center field to put Waipio up 5-1. 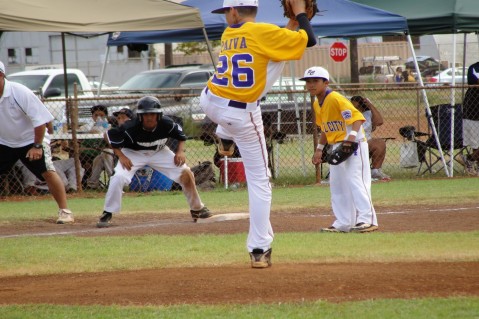 Waipio's Justice Nakagawa on third base would score on a pass ball in the top of the 5th inning to put Waipio up 3-1.

There was no scoring in the 6th inning. Waipio advances to the District 7 Championship game on Sunday. Pearl City will play the winner of Friday's 4:00pm match up between Waialua vs. MKH on Saturday at 10:00am. Winner takes on Waipio on Sunday. 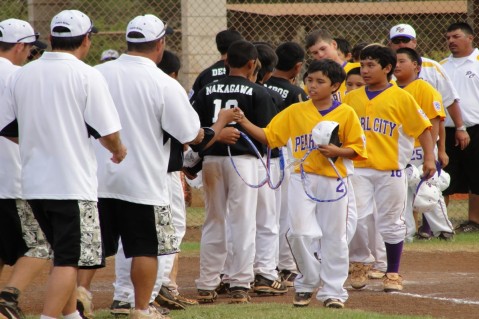