The Pearl City High School Drama Department will hold two benefit fundraiser concerts at the Pearl City Cultural Center on Friday, July 30 and Saturday, July 31. Both concerts start at 7:00pm. Proceeds raised from the concerts will go toward funding next year's production of "Jekyll and Hyde the musical." 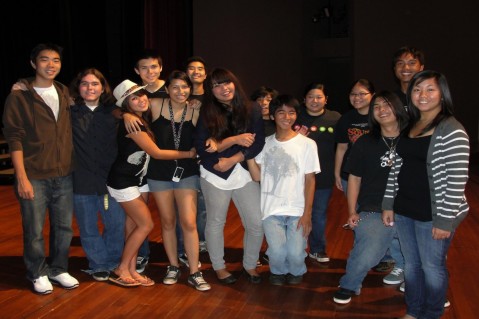 PCHS Summer Concert performers pose for a photo during rehearsal at the Pearl City Cultural Center on Tuesday, July 27, 2010.

Recent PCHS 2010 graduates, Christina Uyeno and Wainani Paikai serve as the Summer Concert co-chairs and are excited to return to their alma mater to help raise funding for the drama department. They are both seasoned veterans, working together on last year's benefit concert, "Heart for the Arts."

"The first benefit concert "Heart for the Arts" was originally put together by my best friend and I, Wainani Paikai," said co-chair, Christina Uyeno. "Being student directors for our senior year production of Beauty and the Beast, our director, Mr. Steven Kam, brought up the issue of funding the production due to furloughs and the recession in general, so me and Wainani created "Heart for the Arts" in efforts to keep the program alive, this summer concert will be funding next year's production of "Jekyll and Hyde the musical".

The Summer Concert benefit also gives the PCHS drama students an opportunity to perform in a variety of roles, giving them valuable experience while entertaining family and friends.

"The concert is basically all of our drama students performing. Sometimes they don't always get the lead role so this concert is so they can be the star," said co-chair, Wainani Paikai. "If they want to dance, they can dance. If they want to sing or act, it's just for them to shine. It's a great musical experience for everyone." 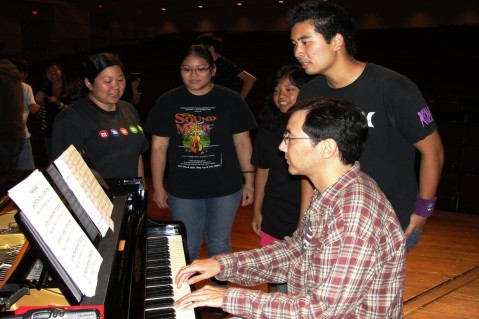 Summer Concert music director Terrance Dunford working on a number with a group of this weekend's performers.

Many of the PCHS Summer Concert performers will also be traveling to the Hurley National  "Walk the Walk" Championships in Huntington Beach, California which is being held during the first week of August. The students from Pearl City High School will represent the Northwest, Canada and Hawaii after winning the Regionals in April, 2010.

"A good chunk of the people in the benefit are also in the Hurley competition. The Hurley competition is with five different schools from across the nation," said Wainani Paikai. "It's a National competition at the US Open. We get to model clothes and meet new people. It's also a free trip to California which is really cool. We're leaving next week Wednesday which is the fourth." 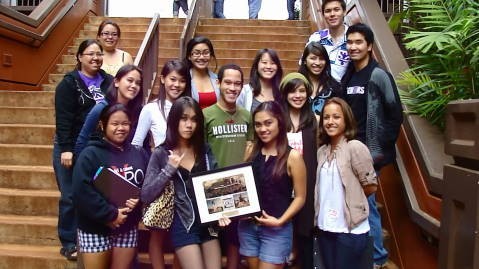 Mahalo to Christina Uyeno for her assistance in scheduling interview and photo shoot time during the groups very busy rehearsal schedule for this weekend's concerts. Also, thanks to Wainani Paikai for her time as well.

Please get out this weekend and support the PCHS Drama Department and Good Luck to the Hurley Competitors from PCHS!