Pearl City displayed an impressive offensive air attack in the Chargers 39-8 victory at home, Friday night against visiting Anuenue. The match up opened the 2010 OIA White Division Varsity Football season for both teams. 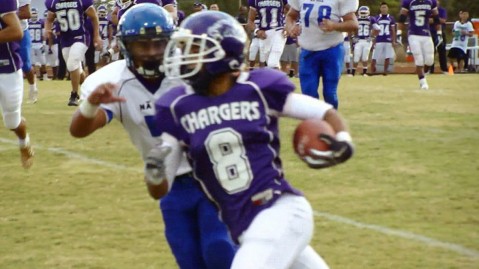 "Our offense actually came into their timing. They were picking up their reads good. Dustin played a great game," said Chargers head coach, Kai Kamaka. "Dustin made some good calls. He called audibles off some plays when we had something called. He saw something else up front and he went for big scores." 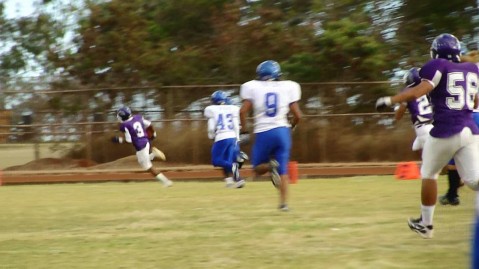 QB Dustin Bataya connects with WR Diacorri Briscoe on a 67 yard TD pass reception with 7:34 left in the 1st Qtr. to put Pearl City up 6-0 over Anuenue. 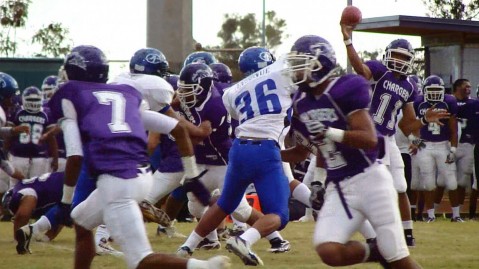 The Pearl City defense continued to keep their opponents visits to the end zone at a minimum holding Anuenue to one touchdown.

"Our defense played real well. It's just minimizing that offense is kind of crazy," said coach Kamaka on the Anuenue offensive scheme. "They were pretty big up front and they were pretty strong. We scouted them against Kamehameha and they took the opening drive eight minutes so we knew they could run and play." 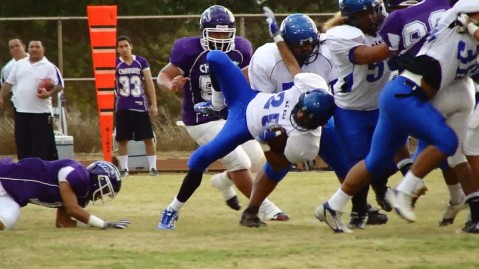 Chargers Defensive Back, Ronson Barrett trips up an Anuenue ball carrier for a loss on Friday night. 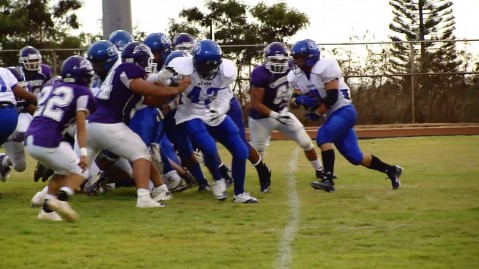 Pearl City gave up one touchdown to Anuenue  on a 2 yard TD run in the 2nd Qtr. Two point conversion attempt was successful to make the score Pearl City 14 Anuenue 8.

Pearl City and Anuenue had many players in the game go both ways, filling in on both offense and defense. Chargers Linebacker, Troy Barboza-Scanlan was one of those players. On Defense, Barboza-Scanlan picked off a Anuenue pass and returned it 57 yards to the Anuenue seven yard line with 7:26 left in the 4th Qtr. That  set up the Chargers final touchdown on a seven yard  run by running back Mike Joy to go ahead 38-8.

"You know what, Troy made a good pick but he was kind of cramping up early too and he played two ways," said coach Kamaka. "That's what happens when you force them to do what they don't do which is to throw the ball." 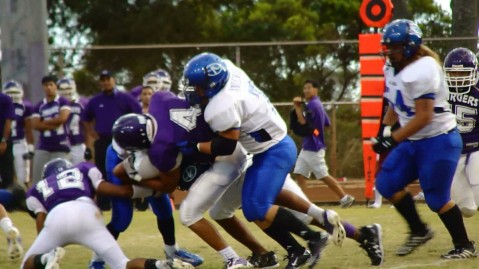 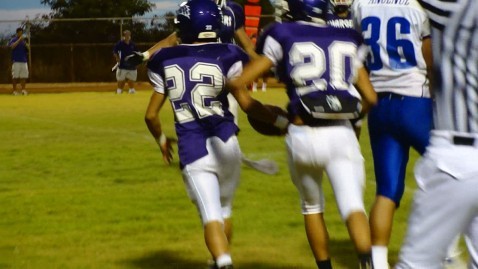 Chargers Defensive Back, #22 Cristian Aragosa contributed with an interception on the Pearl City 15 yard line stopping an Anuenue drive with 1:42 left in the 2nd Qtr.

Pearl City (1-0) has a bye next week and will play Nanakuli at home on Friday, September 3, 2010. The Junior Varsity kicks off at 5:00pm with the Varsity to follow.

Congratulations to the Chargers for their victory over Anuenue!