The Pearl City Chargers Varsity Football Team took to the road on Saturday for an afternoon, OIA White Division contest against the McKinley Tigers at Ticky Vasconcellos Stadium on the campus of Roosevelt High School.

The Chargers(3-0) came away with a 39-21 victory over the Tigers (1-3) to remain undefeated in the OIA White Division. Pearl City Quarterback,  Isaac Shim started in place of QB Dustin Bataya who is recovering from an injury suffered in last week's victory over Nanakuli.

"Isaac did well, we expected him to come in and be able to get it going," said Chargers Head Coach, Kai Kamaka.

Shim had a good performance, throwing for 163 yards and 1 TD.  Shawn Lopez led Chargers receivers with 3 receptions for 48 yards. Josiah Demello hauled in the lone passing touchdown on a 7 yard reception from Shim.

Josiah Demello came up big for the Chargers on defense as well, scoring on an 81 yard fumble recovery in the 3rd Quarter and jumping on another fumble in the 4th Quarter.

Chargers Defensive Back, Ronson Barrett returned an interception 60 yards for a touchdown off of McKinley's starting QB Alex Ironside with 6:50 remaining in the 3rd Quarter. Senior DB, #12 Nick Villarmia also contributed with an INT.

"Our defense gave us the position to put the ball in the right place and get some points on the board," said Kamaka.

The Chargers Offense spent the 1st Quarter getting the gears in motion but  put it together the rest of the game.

"We needed to get more sound on Offense. We were trying to go too big, too early," said Kamaka.

Cyrus Coen came through once again, with a solid performance on the ground for the Chargers. Coen rushed for 118 yards on 12 carries with 3 TD's. Coen's touchdowns came off of runs of  35, 4 and the final touchdown on a 48 yard run with 58 seconds left in the 4th Quarter to make the final score 39-21.

McKinley Tigers QB Alex Ironside put up some good numbers completing 13 of 25 for 163 yards and 1 TD with 2 INT's. Soloman Dixon led McKinley's receivers with 3 receptions for 66 yards. Dixon also rushed for 33 yards on 14 carries. Jace Bolosan caught 4 passes for 41 yards and a touchdown. Mathias Iafeta and Alex Ironside both rushed for 1 touchdown each. 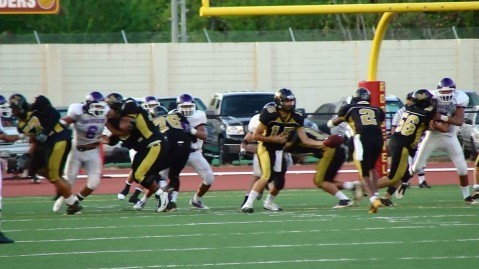 McKinley QB Alex Ironside leading the Tigers in the Red Zone against the Chargers. 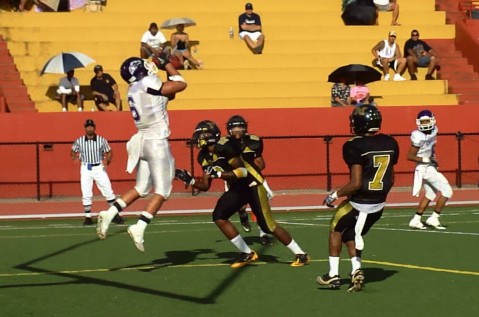 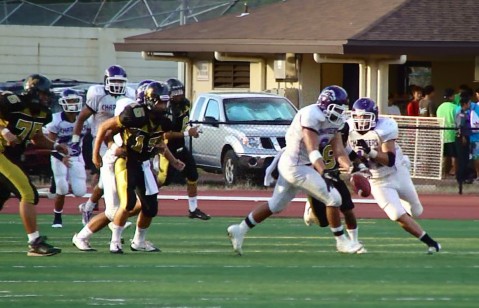 Pearl City's #6 Josiah Demello scoops up a McKinley fumble in the 3rd Qtr. and returns it 81 yards for a touchdown. 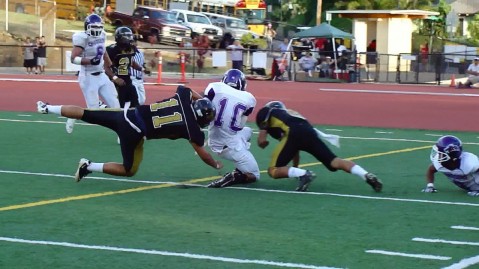 QB Isaac Shim rushes for the 2 point conversion to put the Chargers up 14-7 in the 3rd Qtr. 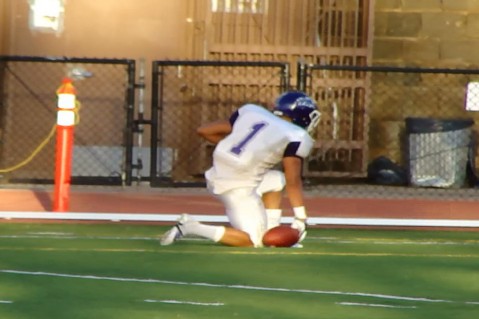 Chargers Defensive Back, #1 Ronson Barrett scores on an 60 yard INT in the 3rd Qtr. The Chargers led 21-7. 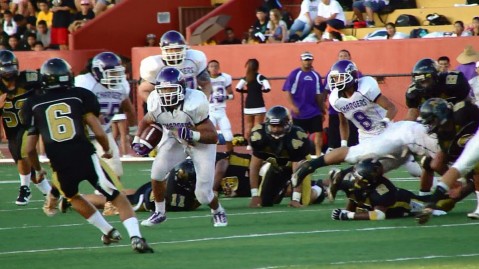 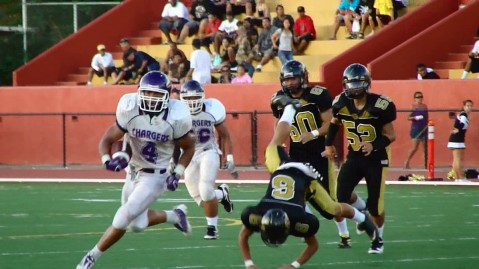 Coen gets around Guan for a 35 yard touchdown run in the 3rd Qtr. Chargers lead 27-7. 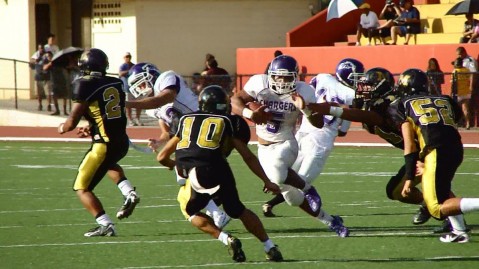 #5 Ray Cooper working the ball inside the 10 yard line in the second half against McKinley. 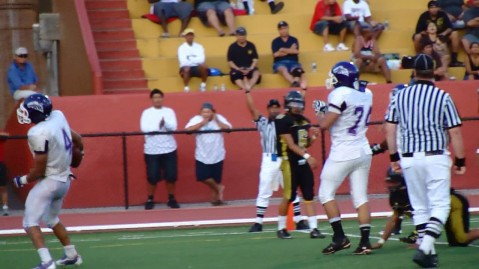 The Chargers return home to play the Kalani Falcons on Friday, September 17.