The 2010 Pearl City High School Air Riflery Team is off to a good start with an  earlier win against Kapolei High School and will hopefully improve to 2-0 as they await Wednesday's results against the Campbell Sabers. 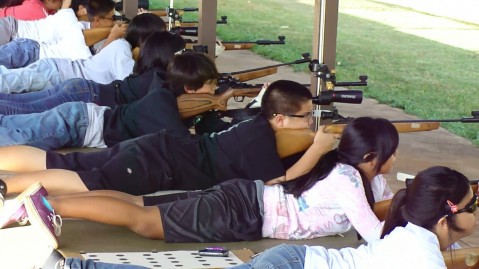 The 2010 PCHS Air Riflery team is led by Milton Ibera and Sean Lamorena for the Boys, and Anysa "AJ" Rabago and Alyssa Shigemura for the Girls team. Both teams are made up of a majority of underclassmen with the boys featuring two freshmen and nine sophomores. On the girls team they have one senior, one junior and six sophomores. 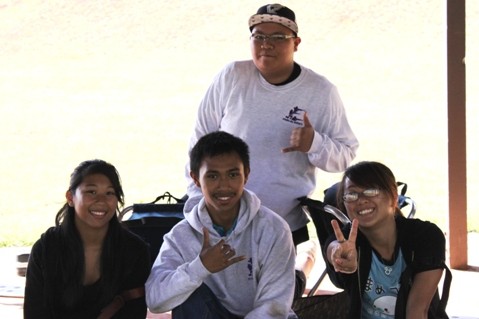 Coach Aranaydo and his Pearl City High School Air Riflery team have added responsibilities this season as they play host to the 2010 OIA Championships as well as serving as host for the HHSAA State Championships to be held at the Blaisdell Arena.

"A lot of people don't realize as a coach what you have to do prior to a practice, prior to a dual match," said coach Aranaydo. "For me, prior to the OIA Championship and for the State, I need to do all that. They don't really see all the people behind the scenes like my wife (Shareen) who takes care of the scoring at the OIA. She kind of runs it. I run the coordination of setting up the dual meet, the top two teams play-offs and the individual. We kind of line up that prior to that particular weekend." 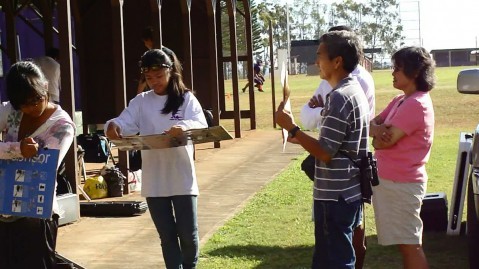 This year, the Chargers are focused on capturing the OIA Championship and a trip to the State's. Their main competition in the OIA West could come from Leilehua High School.

"In the West the top competition for the Girls is Leilehua. For the Boys, I don't see anybody beating us. It could be Leilehua, but our scores are way higher than their previous matches against other schools," commented coach Aranaydo on the Chargers chances of repeating as OIA West Champions.

The Chargers return to competition at PCHS on Saturday, September 25, against Waialua High School. Competition starts at 9:00am. Both Pearl City and Waialua will compete at their home school shooting range with scores recorded and the winner announced the following day.