Republican Candidate for State House District 36, Reed Shiraki is in an up hill battle to unseat Democrat incumbent, Roy Takumi who has represented Pearl City and Palisades for the past 18 years.

Many Pearl City registered voters would say that Representative Takumi has done an excellent job and should have no problem being re-elected on November 2nd in the General Election.

On the flip side, Reed Shiraki and his team of volunteers and supporters have stepped up their campaign grass roots efforts in the Pearl City community since the Primary Election.The Shiraki campaign has a lot of ground to make up. Somewhere in realm of 4000 votes. With over 12,000 registered voters in District 36, mostly made up of registered Democrats, the task ahead is to convince them to cross over and elect a Republican (which has never been done before).

If you compared the two candidates, they are both great guys with the heart and soul to effectively serve District 36. Representative Takumi has worked hard in our community as a legislator since the middle 90's.

Reed Shiraki hopes to bring his vision for the future of Pearl City into elected office and make it a reality. Economic growth and prosperity is number one on the agenda. His platform is built on Republican values that is designed to benefit all. 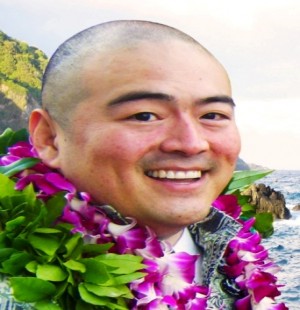 Q: Can you elaborate on your campaign strategy leading up to the General Election?

A: "The campaign strategy these next few weeks before the General Election revolves around getting my message out to every voter in Pearl City.  My team and I are doing all we can to reach all of the District 36 voters by visiting them in their homes, mailing letters and postcards and by making calls on the phone.  Pearl City is a big district, over 12,000 registered voters, so the task is difficult.  But we are definitely doing the best we can, and moving forward to accomplish our campaign goals."

Q: Your campaign's reaction to the Primary results?

A: "The Primary results were exactly what we expected them to be.  We knew that most voters would vote in the Democratic Primary, especially because of the heated governor's race between Abercrombie and Hannemann.  The final numbers do confirm that we will need thousands of Pearl City voters who usually vote strictly along party lines to crossover and cast a vote this year for me.  Pearl City has never ever even once elected a Republican to the State House.  We are hoping this year we'll make history.

Q: Your vision for change?

A: "Balancing the budget and revitalizing the economy are two entirely separate things.  Our legislature needs to go beyond cutting programs and raising taxes to avoid a deficit.  If we truly want our economy to thrive, we must empower small businesses and encourage corporations to invest here in Hawaii.  This will certainly lead to better paying jobs and more financial security for Hawaii families."

"We must also fight for a public education system that is second to none.  We have enough financial resources to do the job, but we lack leadership.  We need to think outside-the-box and implement innovative, visionary acts of school reform that ultimately put our children first.  And finally, our state government must earn back the faith and trust of the people.  I will work to establish term limits for our elected legislators.  I will fight for full application of the Sunshine Law and the elimination of the current political culture of back room deals and closed-door meetings."

Q: Weaknesses in your opponent?

A: "Roy Takumi has most definitely served Pearl City diligently and faithfully these past eighteen years.  I have come to admire his intelligence and dedication to help the community.  However, he has been in this same office for far too long, in my opinion.  When politicians get rooted in the same elected position term after term, the lack of "new blood" stifles progress and fresh ideas.  This is why we need term limits for our state representatives and senators.  We need a system where ordinary citizens, like you and me, can step up, do their time in public service and then step down to make way for the next person.  A government free of career politicians, whether on the local or federal level, makes for a better, cleaner, more effective government."

A: "I expect my campaign team feels right now a lot like how the University of Hawaii Warriors did in December of 2007, one month before facing Georgia in the Sugar Bowl: excited, motivated, and hopeful… and of course, there is a bit of that trepidation which comes from the clear recognition that we are a huge underdog in this race and that the cards are so heavily stack against us.  However, ultimately, we all have faith that victory is possible!  In New Orleans back on New Year's Day 2008, it didn't work out too well for the Warriors.  My team and I pray it'll work out better for the long shot in Pearl City this time around come November 2nd."

Q: Anyone that you would like to recognize and say Mahalo for their hard
work and support?

A: "My campaign manager, Kyle Ho, and my campaign treasurer, Jason Tateishi, have sacrificed many hours to help me with this campaign.  For all three of us, this is the first time any of us entered the world of politics.  We've made many mistakes, for sure, but we've also done much good.  We all wanted to make sure Pearl City had a clear choice this election by standing up to the long time incumbent, instead of simply letting him run unopposed.  I thank my friends, Kyle and Jason, for their support and believing in me."

"Regardless how this all ends, it is a great blessing to know that I have true friends who have my back.  And of course, I am also so grateful for my wife, Eriko, and my kids who from the moment I first threw my hat into the political arena, have been my greatest source of strength– empowering me with their love and faith to do something this difficult, a first time political campaign." 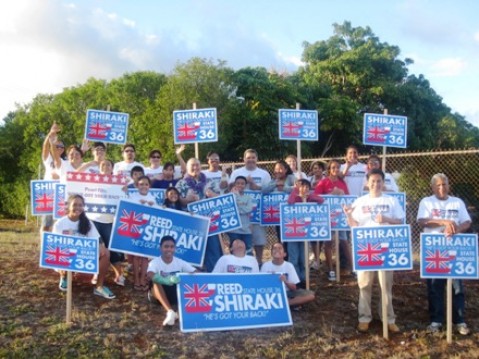