Kahuku showed exactly what they were made of last night in the OIA Red Division Girls Volleyball Play-Offs as they defeated Pearl City in four sets 20-25, 25-23, 25-18, 25-18 at the McKinley High School Gym.

The Lady Chargers came out strong taking the first game 25-20 behind the hitting of senior outside hitter Keani Passi who nailed down six kills. Passi led all scorers with 18 kills. 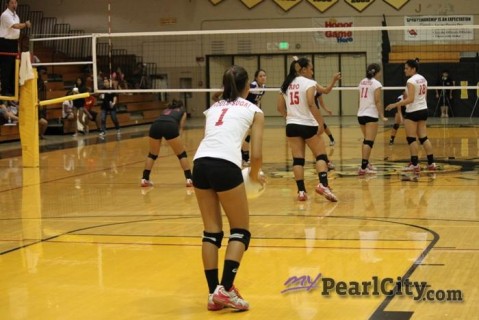 After dropping the third game 18-25, the Chargers built a quick 4-0 lead in game four. Kahuku would tie it up at 7-7 and later at 11-11. Kahuku took control from that point moving out to a 23-18 advantage and winning the final two points for the game and match. 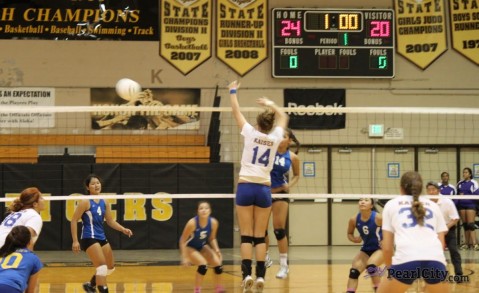