A culmination of community input and concerns from three previous TOD Workshops were addressed by city officials and private planning consultants. Workshop 4 opened with a Aiea-Pearl City Neighborhood TOD Plan Timeline and moved on to give an overview of the plans for the three station areas as well as  planning principles.

"The visions developed collaboratively by the City and community are very exciting," said Breene Harimoto,  District 8 Councilman-elect. "It is encouraging to see area residents are attending these meetings to offer input to the draft plans and to discuss their concerns.  This is our community so it is important that we all have opportunities to work together to develop these plans of the future."

The 20 mile rail transit will run from West Oahu through downtown Honolulu and Ala Moana Center. It is estimated that 100,000 people will ride the Honolulu Rail Transit on a daily basis. 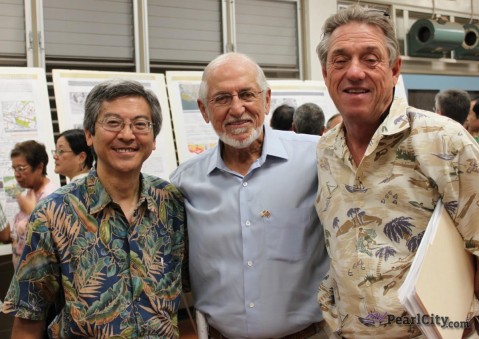