Momilani Elementary School students were treated to a snowy blizzard during Snow Day on Tuesday, December 14, 2010 that dumped 12 tons of snow on the school campus parking lot. Well, actually, Mr. Verne Santos from B&C Trucking Company backed his rig up and dumped the heavy payload of snow for all the students to enjoy. 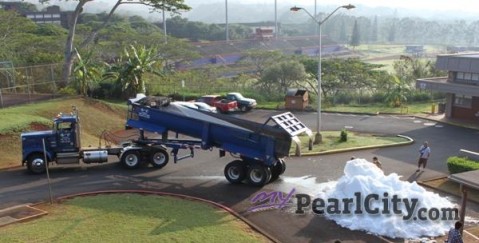 Students from Grades K-6 got a chance to play in the snow for 30 minutes (per class). Momilani Elementary School Kindergartners' got the first call and opportunity at 8:30am to climb, slide, sit and play in the snow. 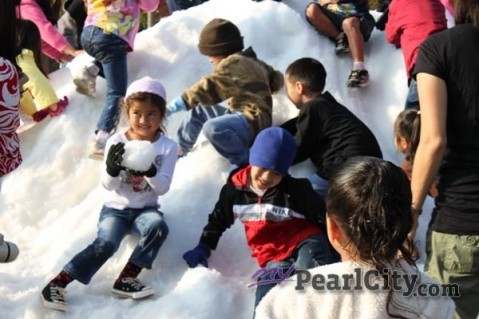 Momilani's Snow Day was made possible from a very generous donation by Mr. Verne Santos, owner of B&C Trucking Company who donated 6 tons of snow as well as the trucking service to pick up and haul the snow to the school.

Also, for the support from Momilani's Hui O Momilani PTSO who purchased an additional 6 tons of snow for Tuesday"s Snow Day.

Thanks to Momilani Elementary School Principal Mrs. Doreen Higa and Counselor Mr. Lance Nishihara for their never ending support and continued efforts to deliver a" fun experience" for the students to enjoy as they learn and grow. 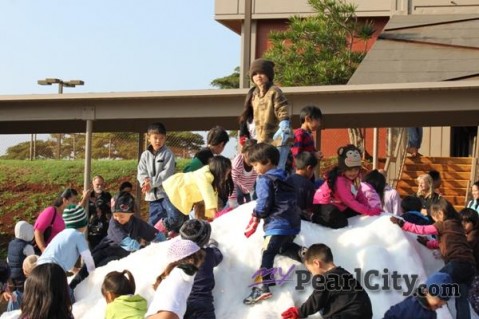 First to claim King of the Hill! 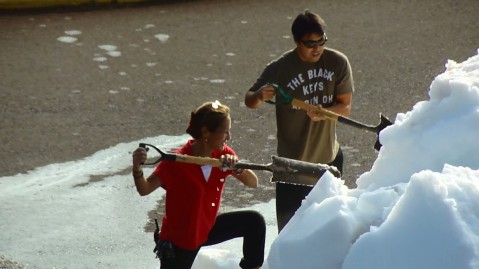 Momilani staff and volunteers helped form the snow mound for the students to play safely on. 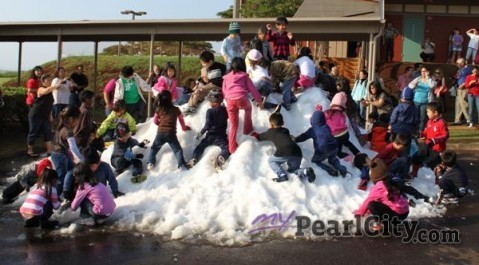