This was the third outing for the group which represents the C-TAP (Community Traffic Awareness Program). C-TAP is a community area project that has partnered with the Honolulu Police Department (HPD) and is led by State Representative K. Mark Takai and community residents.

“CTAP's are important to raise awareness in our communities that have chronic complaints of speeding,” said Officer Anthony Bonilla. “We want to create a partnership with communities with concerns about speeders.”

On October 12, 2009, a Newtown Harbor Terrace resident was struck by a vehicle while walking in a crosswalk near the Newtown Recreation Center entrance. She later died of her injuries sustained in the accident.

The C-TAP Community Traffic Awareness Prorgam will continue with upcoming sign waving dates and times to be announced. MyPearlCity.com will list all future C-TAP's.

A special Mahalo to HPD Officers, Captain Ray Ancheta, Officer Kathleen Capellas and Officer Anthony Bonilla. Also, Mahalo to Representative K. Mark Takai and his office for their leadership and especially to all the resident voluteers for their efforts in bringing awareness to traffic safety concerns in our Aiea and Pearl City communities. 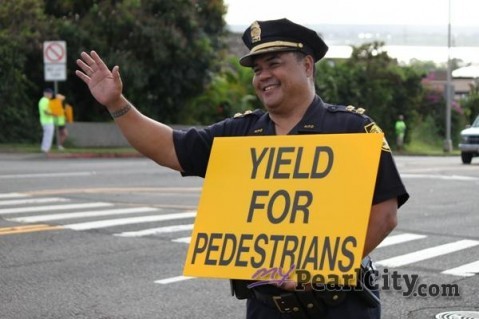 HPD Captain, Ray Ancheta sign waving on Tuesday near the entrance to the Newtown Recreation Center. 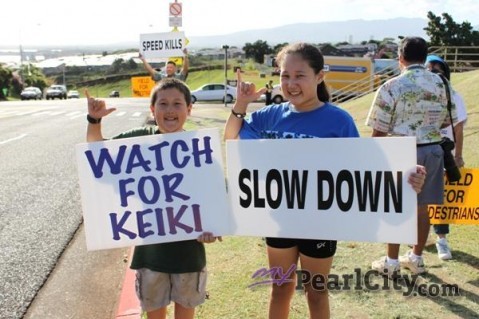 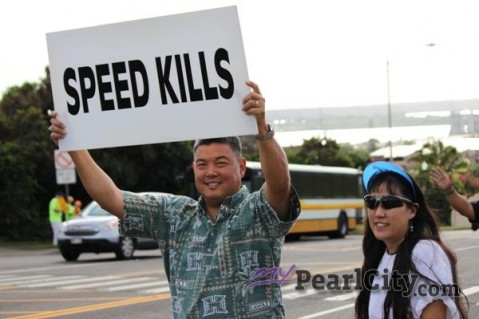 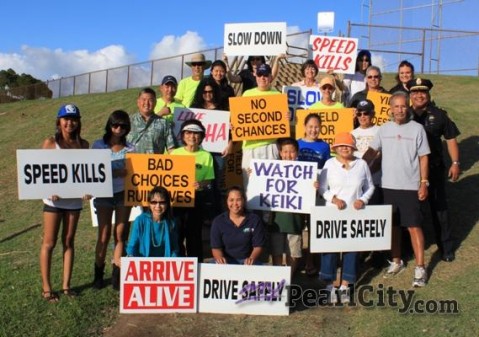 C-TAP volunteers pose for a photo on Tuesday. Great Job!