The C-TAP group met at the corner of Hoomalu and Hookanike Streets holding signs to bring awareness to motorists to slow down and drive safe in the area.

Hoomalu Street has become a popular thoroughfare for speeders in both directions from Moanalua Road to Komo Mai Drive.

“There continues to be a problem with people speeding up and down Hoomalu Street at all times of the day and this often results in pedestrian accidents,” Takai said. “We need drivers to obey the speed limit along this street.”

In an effort to slow down traffic in the area, a much needed traffic signal will be installed at the intersection of Hoomalu & Komo Mai Drive. Work is scheduled to begin in April.

"For many years we have been receiving requests from community members and residents about the Hoomalu & Komo Mai Drive intersection, said Takai. "For that particular intersection we do get considerable amount of requests from the community, complaints and concerns, so I'm glad the city is moving forward on this project." 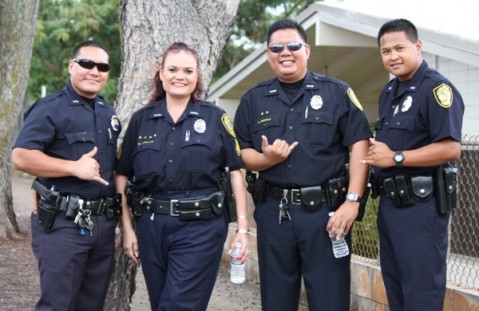 Mahalo to the HPD Officers from the Pearl City Community Policing Team for their hard work in helping to keep our community safe! 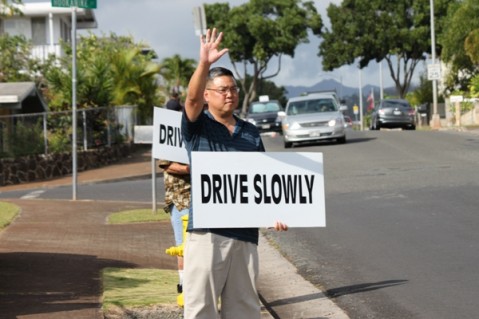 Mahalo to State Representative K. Mark Takai for his support of our Pearl City and Aiea communities and for his leadership with the C-TAP signwaving campaign.