The Pearl City Chargers advanced to the quarterfinals of the HHSAA State Division I Baseball Championship Tournament on Wednesday with a 3-1 victory over Kamehameha-Maui at Les Murakami Stadium.

The Warriors got the scoreboard in the first inning on a throwing error that scored Nazareth Thibodeaux from third base.

The Chargers opened the 4th inning with a double by Tanner Tokunaga to left field followed by a bunt single to third base by Kai Kealoha that advanced Tokunaga to third base. Austin Bolosan reached first base on a fielders choice. Sheldon Milan would also reach first base on a fielders choice and advanced to second on a throwing error. Tokunaga and Kealoha would both score putting the Chargers up 2-1.

In the top of the 7th inning, the Chargers added an insurance run on an RBI triple by Tyler Tokunaga to right center field that drove in Kory Nakamura from first base.

Shim shut down the Warriors in the bottom of the 7th inning for the 3-1 victory.

Pearl City (11-5) moves on to the quarterfinals on Thursday (5/5) with an 11:30am match up against Big Island Champion, Waiakea at Les Murakami Stadium. 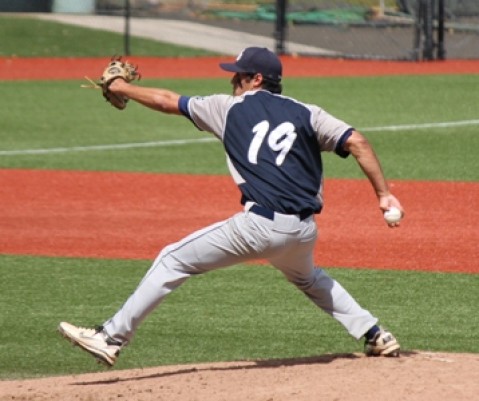