Highlands Intermediate School is safe and secure after a gun shot incident that sent Fire, Ambulance and HPD to the Pearl City campus at around 7:00am, Monday morning.

Police reported that a student brought a .45 caliber semi-automatic hand gun to school and was showing it off to friends when the gun discharged. A single bullet ricocheted off a wall, grazing one student and injuring another student in the hand from fragments after the bullet hit a second wall.

The student who brought the gun to school was taken from the school campus by HPD. The student with the hand injury went to a local hospital for treatment and was reported in good condition.

As the word got out about the incident, concerned parents began converging on the Highlands Intermediate School campus to check on their children.

"The girls were very nervous so my niece text her mom and my sister called me and we picked our children up," said Audra, mother a of Highlands Intermediate School student. "I think the school needs to get more security and they should of notified the parents to let us know to come get our kids because if they had the kids here, they should have had the school on lock down."

School administration and officials worked with HPD early on with concern for the injured students and safety of the entire student body and staff. School remained open for day. 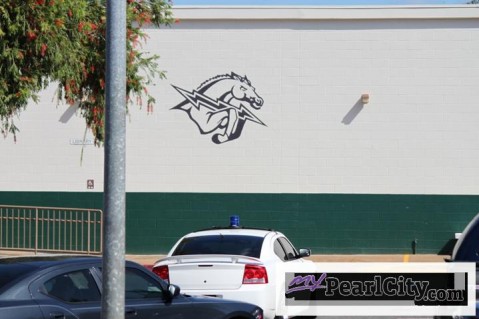 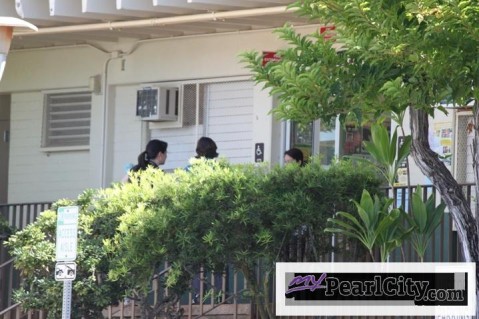 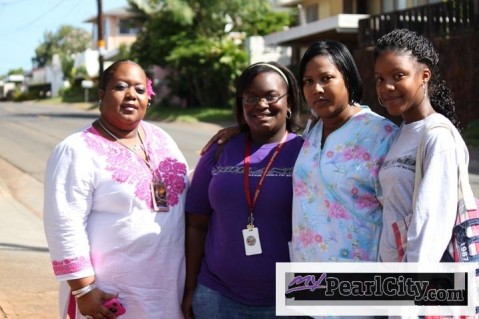 Highlands Intermediate students pictured with family outside of the school campus grounds on Monday. 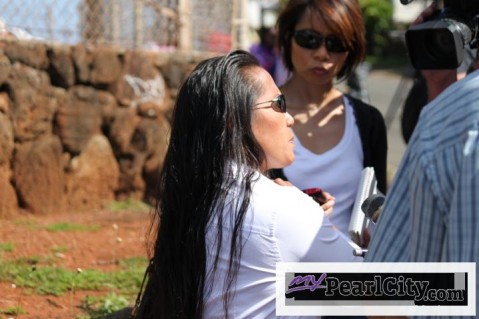 The television and print media were in full force as they waited outside the school to interview parents as they arrived at Highlands Intermediate on Monday.