Honolulu City Councilman, Breene Harimoto presented the champions from Pearl City High School with a Certificate of Recognition in a ceremony held at Honolulu Hale.

“It’s an honor that Council Member Harimoto invited us today and it should be really good for the kids,” said Pearl City Chargers Head Coach, Mitch Yamato. “It’s well deserved for them, they worked really hard. This day is special for everybody. Too bad the other coaches couldn’t make it as well.” 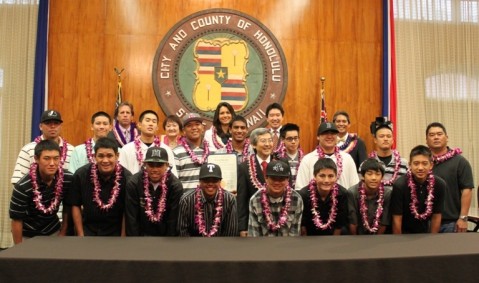 Chargers pose with the Honolulu City Council at Honolulu Hale on Friday, June 3, 2011. 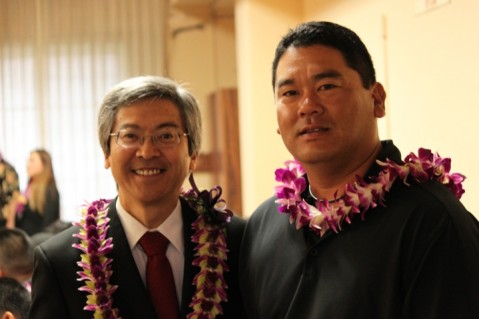 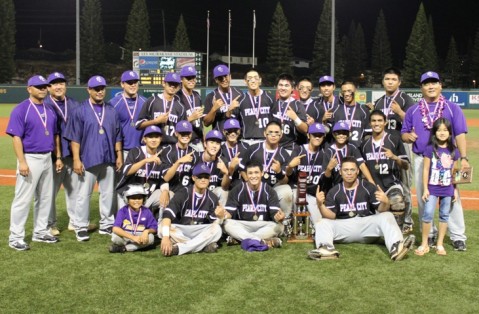 Chargers pictured on May 9, 2011 after winning the schools first state baseball championship at Les Murakami Stadium. 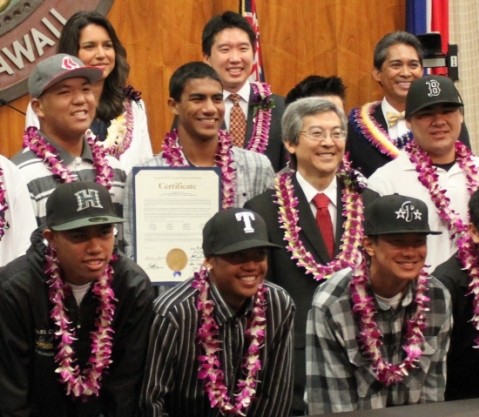