Pearl City advanced to the next round of the Little League 9-10 years old District 7 Tournament with a 15-1 win over Waialua on Friday, June 10, 2011 at Patsy Mink Central Oahu Regional Park (CORP) in Waipio.

Pearl City will play the winner of Nanakuli/Waipahu at CORP on Saturday (6/11) at 12:00pm.

Starting pitcher, Cello Casarez pitched a gem for Pearl City on Friday, holding Waialua batters to three hits in four complete innings of work. The contest ended after four innings due to the 10-run mercy rule.

Waialua found themselves in a deep hole early on as Pearl City took advantage of control problems on the mound from Waialua pitching with multiple pass balls at the plate that allowed Pearl City to score seven runs on one hit in the top of the first inning.

Pearl City put together a five run fourth inning to take a commanding 15-1 lead. In the inning, Pearl City's Chaesten Chon and Cheyne Obara scored from second and third base on an infield grounder by Nohealani Hee that was bobbled allowing two runs to score. With Hee occupying first base, next batter Carter Hirano walked pushing Hee to second. Caleb Young lined out to the shortstop. Zion Tupuola-Fetui got hit by a pitch that loaded the bases. Hee scored from third base on a pass ball. Tarynce Antolin walked to load the bases again. Cello Casarez popped out for out number two. Hirano scored on another pass ball. Tupuola-Fetui scored the games final run on a pass ball to put Pearl City up 15-1. 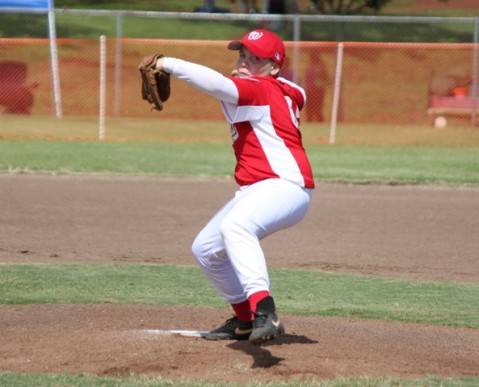 #65 Bronson Grover on the mound for Waialua in the top of the first inning against Pearl City. 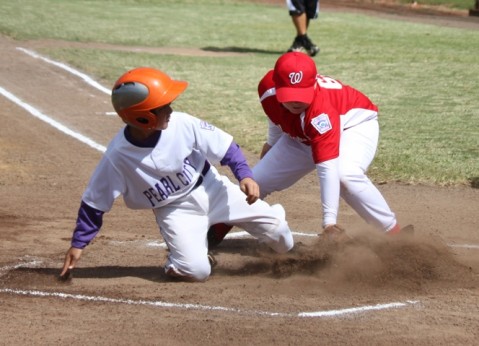 Pearl City's Chaesten Chon scores the games first run on a pass ball in the top of the first inning against Waialua. 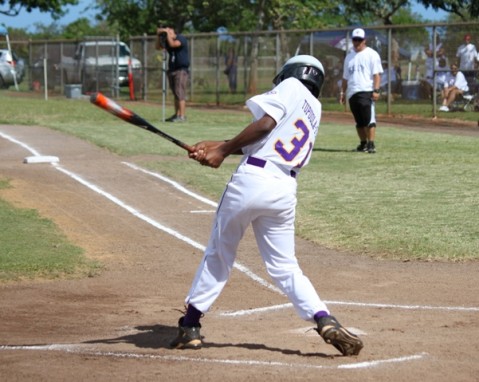 #31 Zion Tupuola-Fetui pictured drilling an RBI double in the top of the first inning off of Waialua reliever, Emilio Lorenzo. 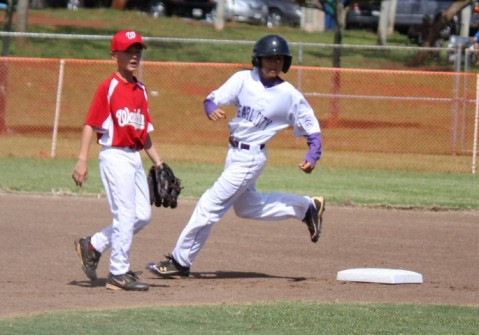 Pearl City's Nohealani Hee moves into scoring position at second base in the top of the first inning. 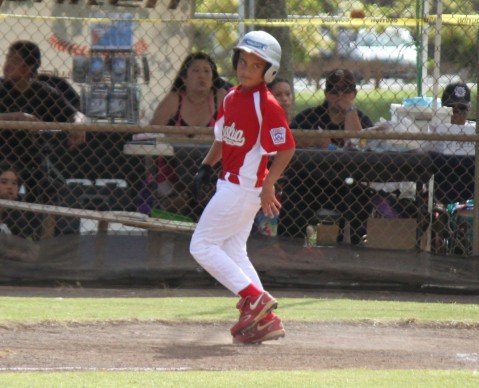 Waialua's scores their only run on a single by McKenna Cameron in the bottom of the second inning. 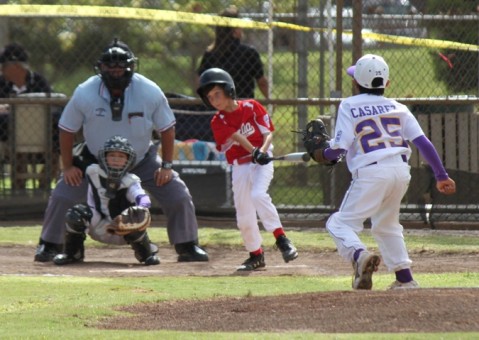 McKenna Cameron hits an RBI single for Waialua's only run in the bottom of the second inning.