Hundreds of Oahu's Neighborhood Security Watch volunteers and employees from Target Stores on Oahu, joined the Honolulu Police Department for the 28th Annual National Night Out event on Tuesday, August 2, 2011 at the Target Store parking lot in Salt Lake. The event focused on crime and drug prevention on Oahu.

Honolulu Police Chief Louis Kealoha addressed the crowd of volunteers and thanked them for their dedication in keeping their communities safe. Chief Kealoha also stressed the importance of having a strong relationship between HPD and the community.

“We’re here for National Night Out which is a nation wide event for all our neighborhood security watch, community members, residents, business partners to show our support for fighting against crime,” said Officer Kathleen Capellas from the Pearl City Police Station Community Policing Team. “The whole island is here. All the neighborhood security watches from all the eight districts.”

Participants in Tuesday's National Night Out enjoyed Hawaiian music, awareness booths and demonstrations by the HPD Crime prevention unit, and an opportunity to sit in the HPD Helicopter. The Honolulu Fire Department was also on hand with an informational booth on tips on fire safety and prevention.

After about a half an hour of sign waving on Salt Lake Boulevard, the volunteers were recognized by districts for their for Neighborhood Security Watch efforts throughout the year. And finally, participants were treated to a barbecue dinner. Mahalo to the HPD Barbecue Crew for the awesome grinds. 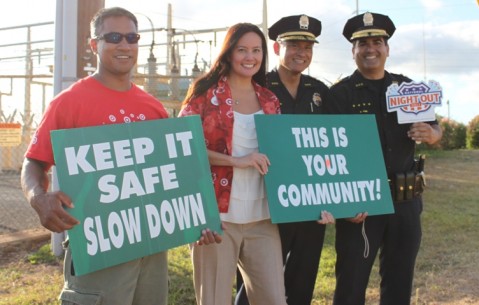 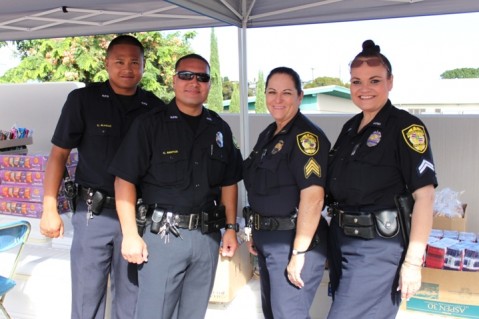 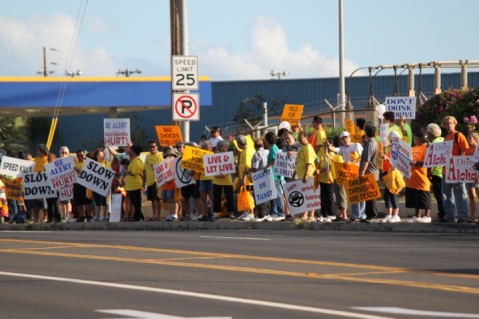 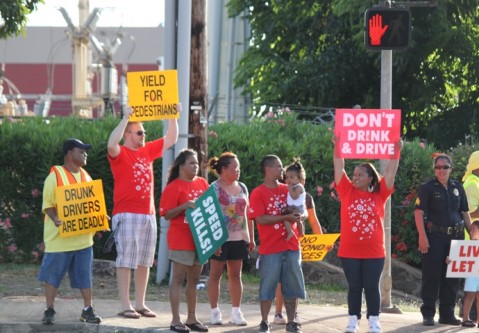 Volunteers from Keiki to Kupuna turned out on Tuesday to get the message out to motorists. 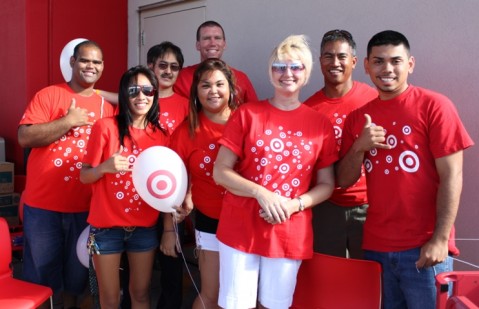 Mahalo to the Target crew for a great job on Tuesday during the National Night Out event.