The Chargers will be guided, once again, under the watchful eyes of the husband and wife team of coaches, Lester Aranaydo (Boys) and Shareen Aranaydo (Girls) who have compiled 10 OIA Championships between the two of them since 1995. Joining the Aranaydo's on the 2011 coaching staff is son Lelan Aranaydo who is also a PCHS graduate and former OIA and HHSAA State Air Riflery Champion.

The Charger Boys return an experienced squad as the defending OIA Champions  and runner-up finisher to Waiakea High School in the HHSAA State Championships.

"The Boys squad is the returning OIA Champions and a second place finisher in the State Tournament team as sophomores," said Coach Lester Aranaydo. "They are all juniors repeating in the OIA for the Boys and more than likely, I don’t see any other OIA team as strong as these guys."

"For the state championship, to be in the running again, it will probably be against Waiakea," Aranaydo added. "They beat us last year by 5 points."

Returning this year to lead the Boys squad is team captain and 2010 OIA Champion Sean Lamorena who also finished 6th in the HHSAA State Championships. Lamorena realizes his role as a team captain includes motivating his teammates in practice and also leading into each match.

"If everyone is focused, then practice goes fairly well," said Lamorena. "When it gets closer to a match, that’s when I try and get everyone into a serious mood." 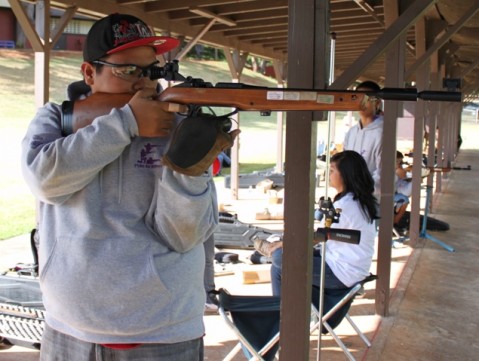 The Charger Girls team enter 2011 coming off a strong 2010 campaign, finishing second in the OIA Championships and placing 5th in the HHSAA State Championships.

"For our Girls, potentially we have good quality girls. It’s a matter if they come around and focus in practice and put it together when it really counts," Lester Aranaydo said. "Team wise, the girls can be potentially in the running against Kalani. Kalani won the OIA the past two years. We can give Kalani a run for the championship."

Off season training and shooting experience has helped the incoming sophomore's improve their skills for 2011.

"Sophomore girls, this year, they shot off season in the precision shooting and I think they’re going to be a sleeper in the sense of shooting well," Aranaydo said. "The additional shooting improved their overall score." 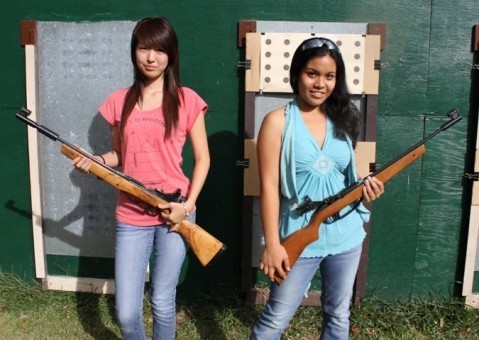 The 2011 OIA Air Riflery regular season will have teams competing at their home shooting ranges for all matches due to budget cuts that have affected travel expenses for the last couple of years. Scores are called in by each school to determine match winners.

"It’s a disadvantage to me because it doesn’t give the reality of actually seeing somebody on the opposite side of you competing," Aranaydo said. "You’re just shooting against the target and that’s about it. When somebody is there it’s a factor to do well."

It's still early on in the Chargers pre-season training as the PCHS Air Riflery coaching staff works with each shooter to teach and improve their shooting skills in preparation for the regular season that begins on Wednesday, September 14 against Radford.

"Right now it’s hard to tell until the season goes on and I can kind of see where everybody stands," Aranaydo said. " As you have more matches they get into a rhythm and become really focused. It’s important that in practice they get into the right mindset. Hopefully we’ll do well and continue our traditional ways of winning." 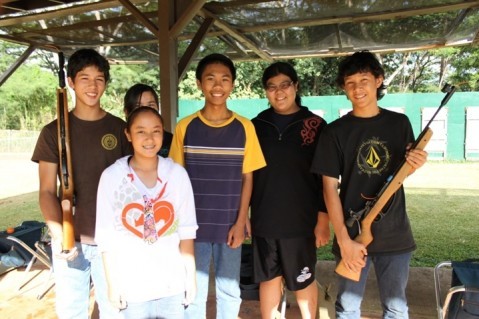 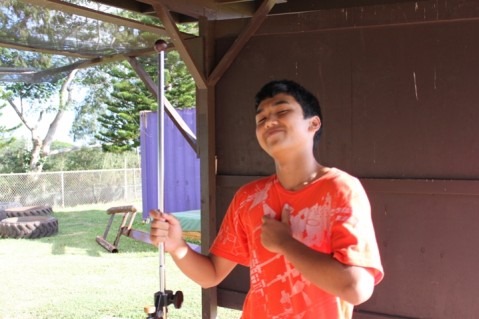 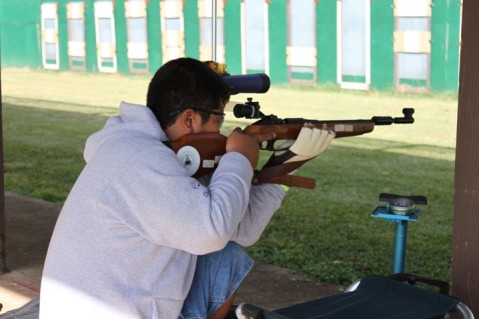 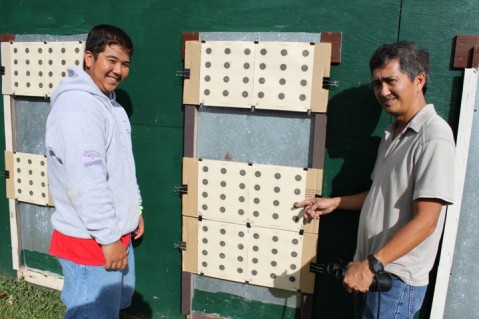 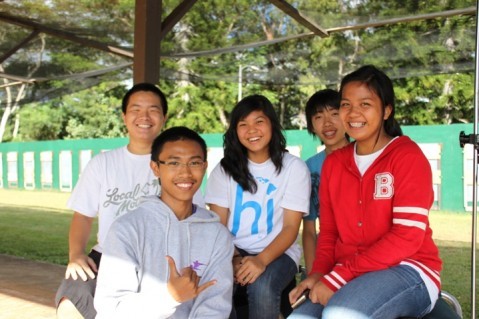