Pearlridge Rotarians help out at TACA “Party at the Plaza” fundraiser

The Rotary Club of Pearlridge participated in Sunday's 2nd Annual Party at the Plaza fundraiser to benefit TACA – Talking About Curing Autism at the Waimalu Shopping Plaza in Pearl City.

Pearlridge Rotarian community volunteers manned three game booths to help raise much needed funds to support TACA during the four hour event that ran from 11:00am to 3:00pm.

Sunday was a great opportunity for the rotarian volunteers get out and support the   community as a part of the club's community service projects. The Rotary Club of Pearlridge focuses their efforts each year in supporting causes that directly benefit the community such as TACA, which is run by volunteers and count on the funds raised through events like the Party at the Plaza to support their programs and families in need.

"TACA has no paid staff," said TACA coordinator Debbie Zimmerman. "All the money that we raise goes directly to benefiting families. All the people who facilitate the money are volunteers. With the money that was raised last year we were able to offer a free social skills program to families with children in grades K-6 which we facilitated this past summer. Social skills is a very big one for us."

A very popular element to the Party at the Plaza fundraiser is the annual Hawaii's Best Amateur Country Stew Cook Off.

"The cooks are all amatuers," said TACA , Party at the Plaza coordinator Jill Shiroma. "We don't have any professionals. They cook at home and bring their crock pots and plug it in and serve it all up. It's great."

Taking home first place in the cook off was Theresa Fujimoto.

Attendees on Sunday also had the opportunity to purchase a stew plate and support TACA at the same time. Generous donations from Aiea Bowl and Y. Hata helped TACA raise additional funds through stew plate sales that sold out at the event.

"The stew was a huge contribution this year," Zimmerman said. "Aiea Bowl and Y. Hata came through. They gave us stew to sell for free. We were able to retail it for $5.00. They gave us 500 stews to sell."

All in all it was a well run and well attended fundraiser with a good balance of food vendors, crafts, professional services and awesome entertainment.

Mahalo to the public for coming out to the Waimalu Shopping Center in support of the 2nd Annual Party at the Plaza for TACA. Also, to the many volunteers that made the event a success in support of deserving families that will benefit from the generosity of our community residents and supporting sponsors.

"There are many services we can provide if we only had the funding," Zimmerman said. 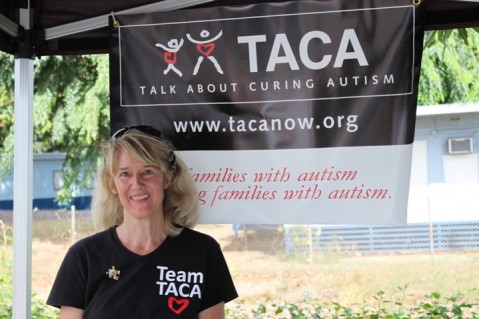 TACA coordinator Debbie Zimmerman pictured on Sunday during the 2nd Annual Party at the Plaza TACA fundraiser at the Waimalu Shopping Center. 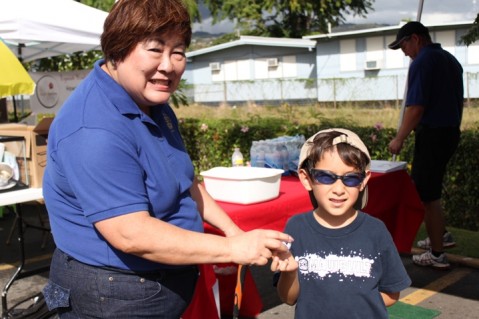 Rotary Club of Pearlridge President, Doreen Higa is pictured with a keiki putting contest winner who won a brand new hat and sunglasses for making a hole in one. Congratulations! 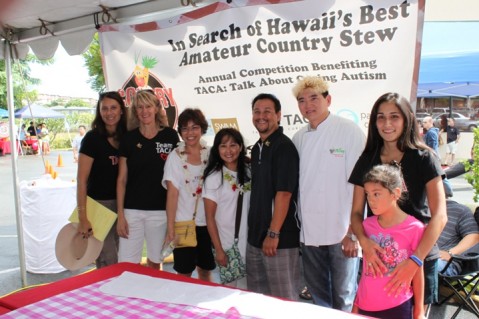 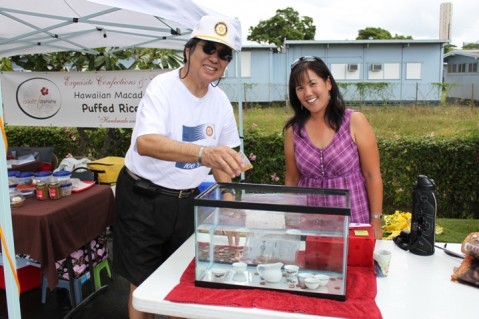 Pearlridge Rotarian Rick Lau is pictured with Rhonda Masuda at the very popular aquarium penny drop booth on Sunday at the 2nd Annual Party at the Plaza.