A couple hundred Halloween costume contestants lined up well before the scheduled 8:00am contest registration and judging start time. The contestants came in a wide variety of costumes from vampires to a soda fountain costume that actually dispensed your favorite beverage.

The crowd was anxious for a chance to win Pearl City Shopping Center Gift Certificates that were awarded to the top two finishers in four categories in three age groups:

Coach Scott Keopuhiwa and the Leahi Soccer Club and their chaperones did a great job volunteering as costume contest judges and score tabulators.

Steve the Clown entertained the crowd with his balloon magic and served as the master of ceremonies during the awards presentation.

Also, Mahalo to Sheri Rolf and George Cochard from Rolf Advertising for their expertise and talents in organizing the event as well as handling all advertising and public relations.

Sheri and George will back at it as the Pearl City Shopping Center Merchants Association presents and sponsors the Pearl City Christmas Parade on Sunday, December 4, 2011. 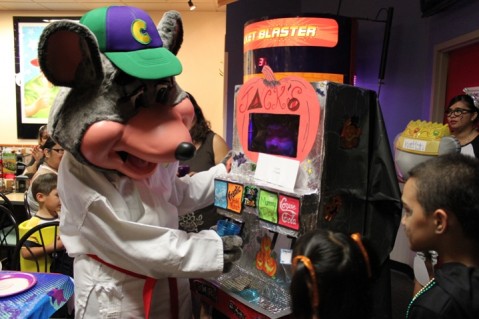 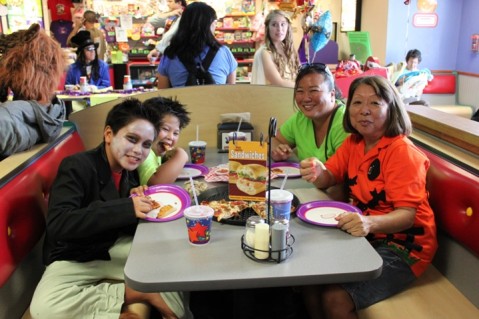 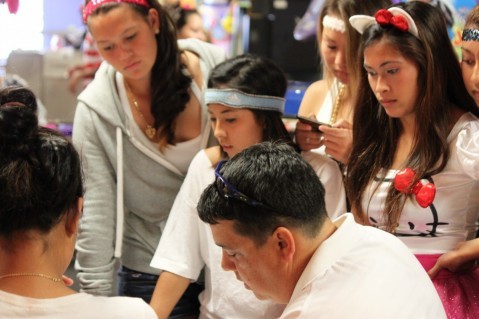 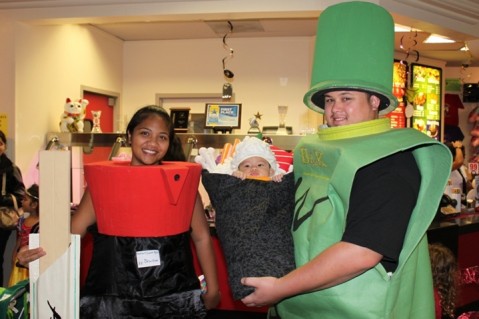 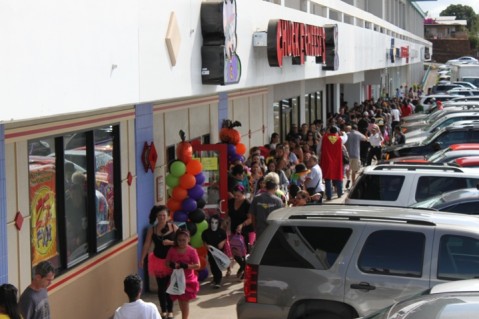 Halloween costume contestants and their families line up outside of Chuck E. Cheese Restaurant on Saturday, October 29, 2011 at the Annual PCSC Halloween Keiki Costume Contest & Parade.