Pearl City residents Yumi Laney and Christina Laney-Wycheck canvassed their Pearl City neighborhood on Saturday, along with the help of about twenty community volunteers, to collect food donations for the Hawaii Foodbank.

The mother and daughter volunteer team set out on Saturday with a goal of surpassing last year's neighborhood food drive collection of 1000 pounds. I'm happy to report that they reached that goal with 1114 pounds collected and deposited into the Hawaii Foodbank.

"We had 1,114 lbs of food donated and documented with the food bank…our goal was to break 1000 lbs," said Laney-Wycheck.

On Saturday, October 29, 2011, the team of volunteers led by Christina and Yumi passed out 420 food donation bags donated by Hard Rock Cafe to homes around the Pearl City community. Their goal was to go beyond the 300 homes reached the year before.

The food donated by the Pearl City community will go towards helping support the Hawaii Foodbank's food reserves that will make its way to feed Hawaii's needy during the Holiday season.

Christina and Yumi are supported each year, during their neighborhood food drive by their employer Kahala Associates where they work as Realtors.

Mahalo to Christina and Yumi and their very special team of community volunteers for their efforts in bringing food and nourishment to so many families and individuals in Hawaii during the Holiday season.

Christina Laney-Wycheck (4th from left) pictured at the Hawaii Foodbank with her food drive volunteers standing in front of 1114 pounds of food collected in Pearl City on Saturday, November 5, 2011. 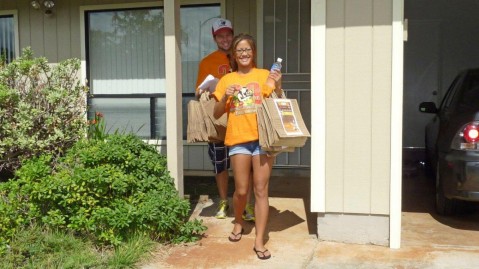 Fully loaded and ready for pick up! 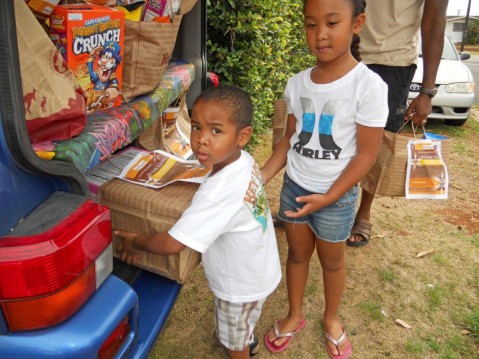 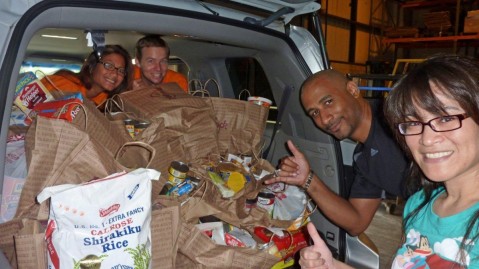 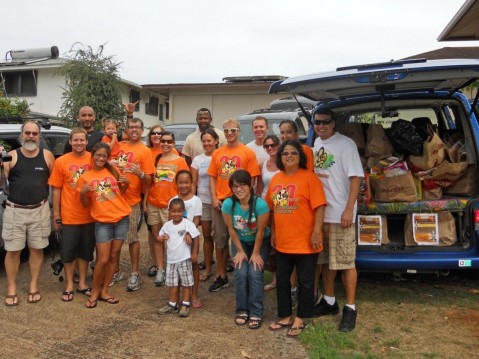 Yumi Laney (2nd from right) and husband Rick (far left) pictured with the Pearl City neighborhood food drive volunteers at their home in Pearl City that served as the food drive HQ on Saturday. 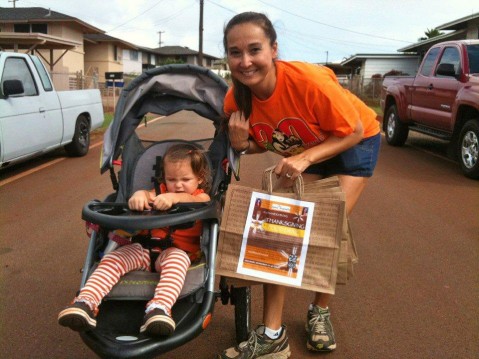 Christina and daughter hit the road together on Saturday during the Pearl City neighborhood food drive.