The CTAP area project which also includes Hoomalu Street in Pearl City, is in collaboration with HPD and led by State Representative K. Mark Takai.

“There continues to be a problem with people speeding up and down Kaahele Street at all times of the day and this often results in pedestrian accidents and fatalities,” said Takai . “We need drivers to obey the speed limit along this street and be aware of pedestrians in the crosswalk.”

CTAP volunteers will wrap up their efforts for 2011 on Thursday, December 8th at the corner of Hoomalu and Hookanike Streets in Pearl City from 4:00pm to 5:00pm. The group will kick off their 2012 CTAP campaign in early January. 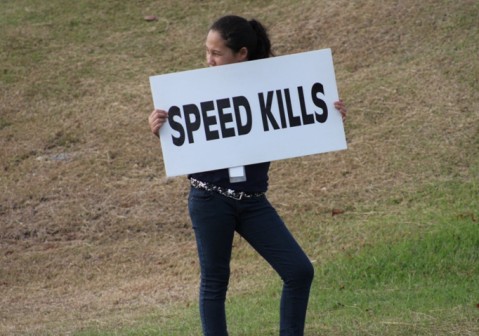 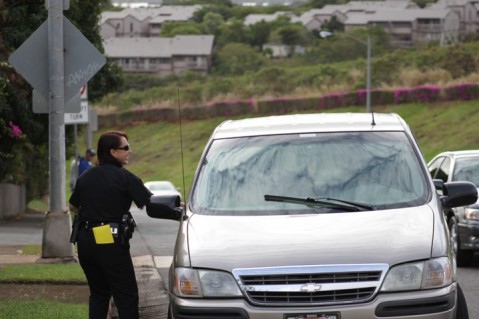 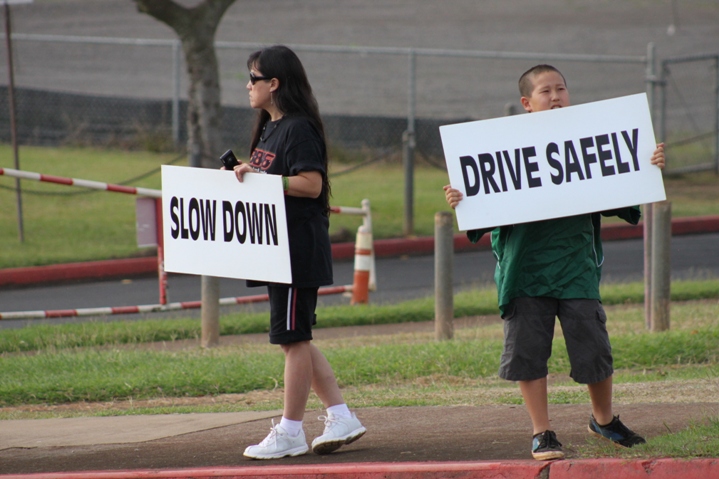 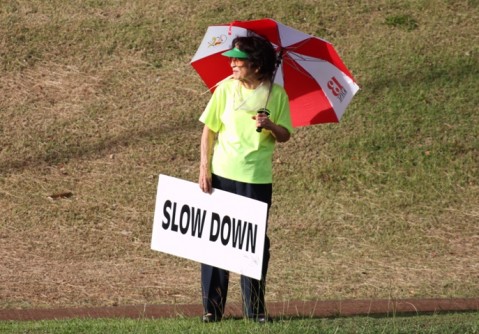 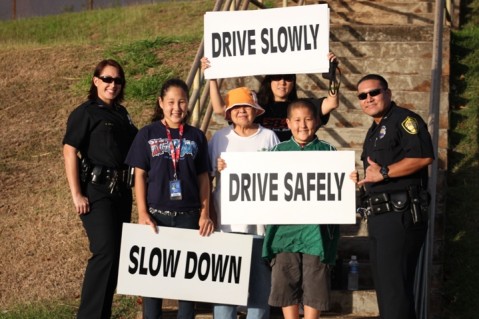 CTAP community volunteers pictured along with HPD Officers near the Newtown Recreation Center entrance on Kaahele Street in Aiea on Tuesday, December 6, 2011.