This year's Pearl City Christmas Parade fielded a record amount of entries with over 44 units, 124 vehicles and 866 marchers (some riding).

The parade route started at Momilani Elementary School on Hookiekie Street, turned on Hoolaulea Street and finished at the Pearl City Shopping Center.

Trophies and Pearl City Shopping Center gift certificates were awarded to the top three finishers in the both the Vehicle and Marching Divisions. A special thank you to Carlyn Fujimoto and Kyle Miyashiro who joined me as parade judges.

Besides having the privilege of Mayor Carlisle and his staff participate in the parade, Miss Hawaii USA 2012, Brandie Cazimero and Miss Hawaii Teen USA 2012, Kathryn Teruya also volunteered their time to the thrill of the Pearl City residents who lined the parade route.

Also, mahalo to McDonald's for providing refreshments, PCHS Project Graduation for another great job in coordinating and running the parade, the Honolulu Police Department for keeping everyone safe and to Sheri Rolf and George Cochard from Rolf Advertising for their hard work in handling the Public Relations for the event. 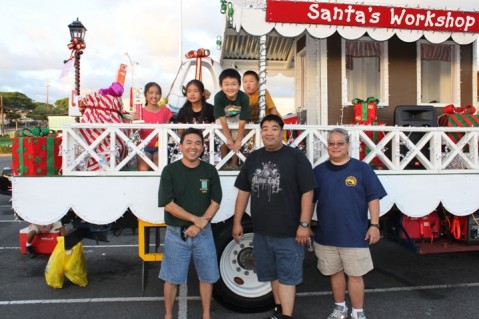 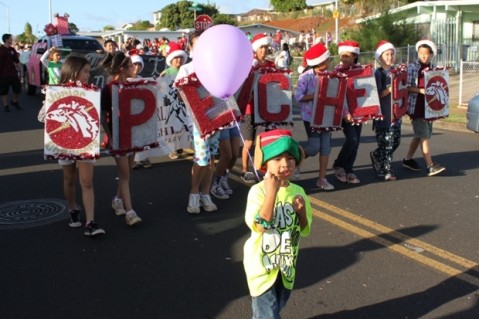 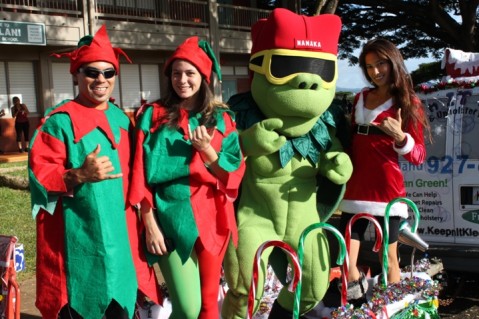 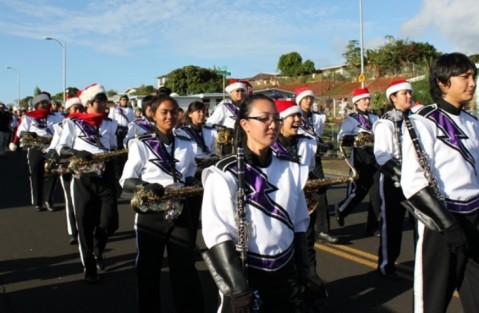 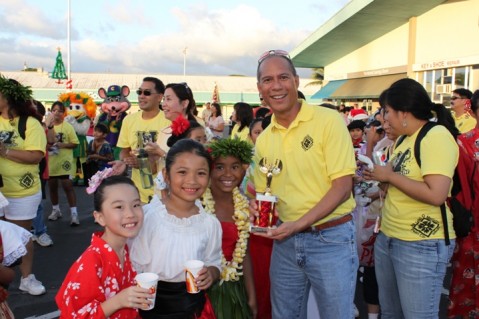 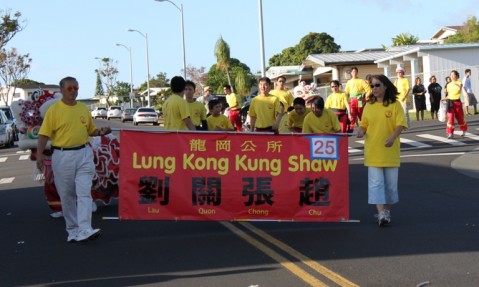 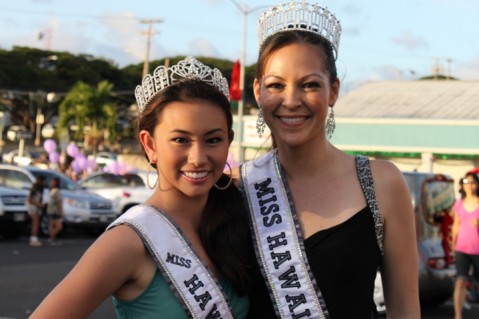 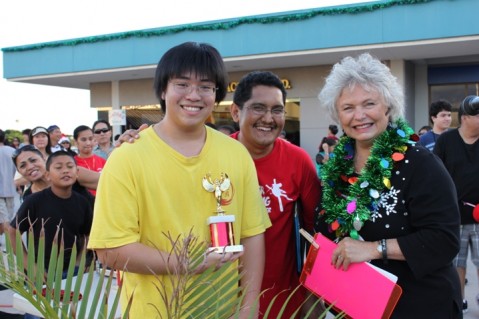 George Cochard (center) and Sheri Rolf (right) from Rolf Advertising pictured with a representative from Lung Kong Kung Shaw who finished in 3rd place in the Marching Division. 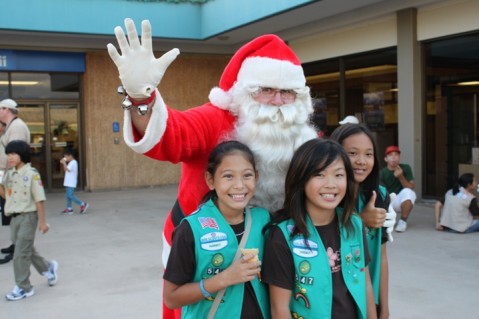 Mahalo to Santa who dropped in to Pearl City a little early this Christmas season to hang out at the Pearl City Shopping Center. Santa pictured with Hawaii Girl Scouts from Troup 547 who participated in the parade.

Have a Merry Christmas and a Happy New Year!