PCHS Drama students pour out their “Hearts” in benefit fundraiser

It was an inspiring night of music, dance and acting at the "Hearts For the Arts" benefit fundraiser concert performed by Pearl City High School Dramatic Arts students on Saturday night at the Pearl City Cultural Center.

Iwashita and Trombetta were flawless as they led the multi-talented cast of PCHS drama students through nine numbers in Act I and eleven numbers in Act II. A packed house of family, friends and PCHS Dramatic Arts supporters showed their appreciation with their overwhelming applause after each number.

Proceeds raised from Saturday night's benefit concert will go towards funding this year’s local pidgin musical production of “Once Upon One Kapakahi Time” in late April 2012. 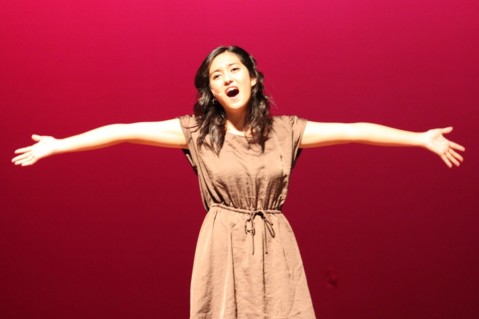 Kirstyn Trombetta performs to "Journey To the Past" from the film Anastasia. Piano accompaniment by Mr. Terrance Dunford. 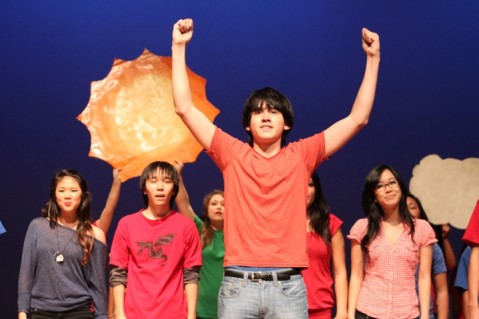 Joseph Cardenas leads the PCHS drama cast in "For Now" from the musical  Avenue Q at the end of ACT I.