Pearl City Shopping Center (PCSC) shoppers got a special "Pro Bowl" treat on Thursday from Honolulu based radio station ESPN 1420. The radio station conducted a van stop that included games and prize pack giveaways in the PCSC parking lot near the entrance ramp to Don Quijote. ESPN 1420 partnered with Bud Light and Don Quijote for the event.

"We're here with our friends from Bud Light Lime to kick off Pro Bowl Week," said Aaron Custodio, Operations Manager for ESPN 1420. "We're here with a van stop at Don Quijote to tell people that it's never too early to start shopping for your tailgating needs for Sunday's NFL All Star game." 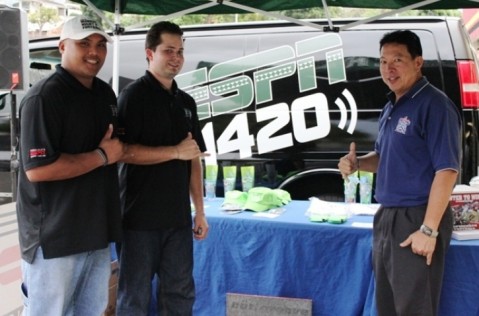 The ESPN 1420 crew had a great time manning the very busy and popular Portagee Horseshoe game in their promotions tent especially for Custodio because it gave the former Pearl City resident and Pearl City High School graduate a chance return to his old neighborhood.

"It's good to get back in Pearl City," Custodio said. "I have to admit  that this is one of the more talented Portagee Horseshoe neighborhoods that we ever did a van stop in. I think they should make that an OIA sport. Pearl City would definitely be top 5 in the OIA."

If anything, the talented Pearl City Portagee Horseshoe participants had the opportunity to come away with some really great prizes.

"We're giving away some cool swag courtesy of Bud Light Lime," Custodio said. "We will also give away some autograph football's from Hawaii's own Isaac  Sopoaga and Jeff Ulbrich." 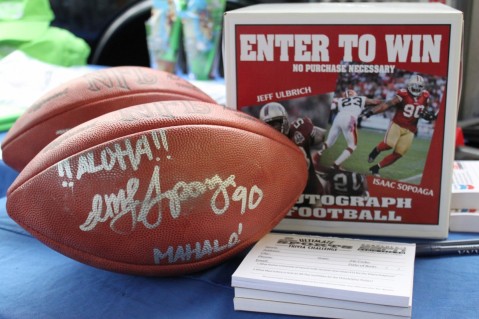 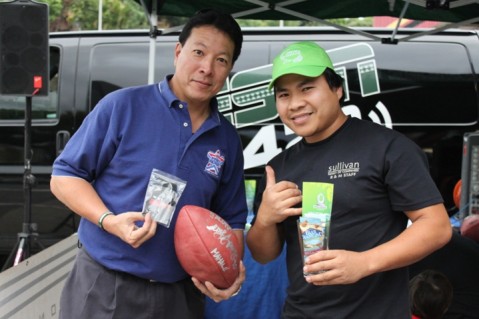 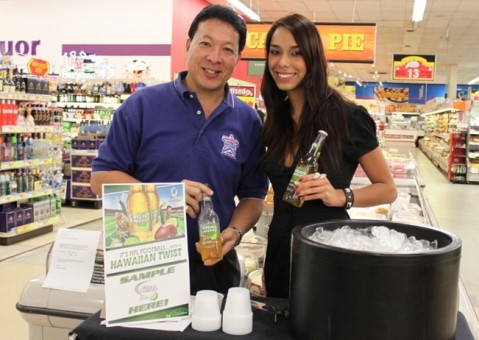 Sheldon Nagata pictured with one of the Bud Girls at the Bud Light Lime sampling table set up inside Don Quijote. 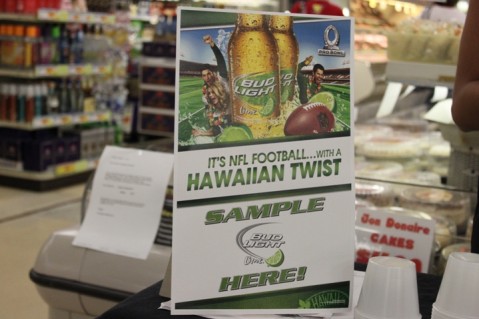 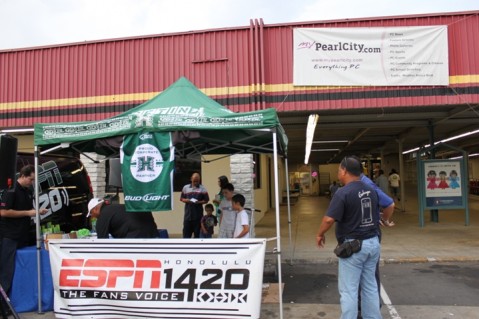