Kahuku's Mata Tonga put in the winning basket with 5.1 seconds left on the clock to defeat Pearl City 42-41 in the quarterfinals of the HHSAA Division I State Girls Basketball Championship Tournament played last night at McKinley High School.

It was a classic battle between the two teams that came down to the final seconds to see who would move on to the semifinals to face #1 seed Konawaena from the Big Island who defeated Kaiser 62-42 earlier in the day.

Pearl City led Kahuku 15-8 after the first period and looked in control but the Lady Red Raiders tied it at the buzzer to end the second period at 22-22. Kahuku outscored Pearl City 8-6 in the third period and took a 30-28 lead entering the final period. 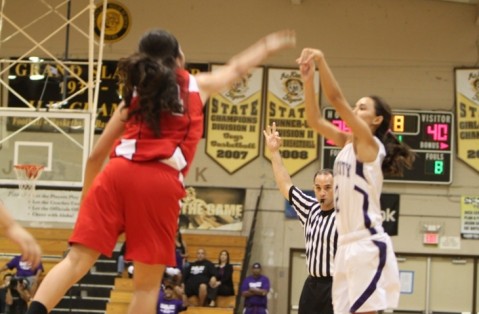 Pearl City's Sabrina Angle pictured drilling a 3 pointer to take a 41-40 lead over Kahuku with 20.8 seconds remaining in the game. 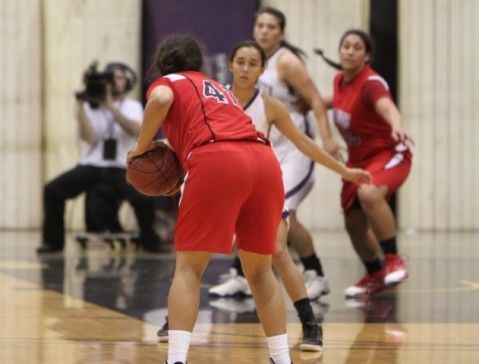 Kahuku's #41 Mata Tonga had a big game against Pearl City scoring 8 points including the winning shot with 5.1 seconds remaining in the game.