Pearl City got off to a great start on Wednesday with a 3-1 victory over  Lahainaluna in the opening round of the HHSAA Boys State Division I Soccer Championships played at the Waipio Peninsula Soccer Complex in Waipahu.

With the win Pearl City (11-4) will face #1 seed and OIA Red Division Champion Mililani (12-0-1) in a quarterfinal match up tomorrow (2/16) at 5:00pm at the Waipio Peninsula Soccer Complex Main Stadium. 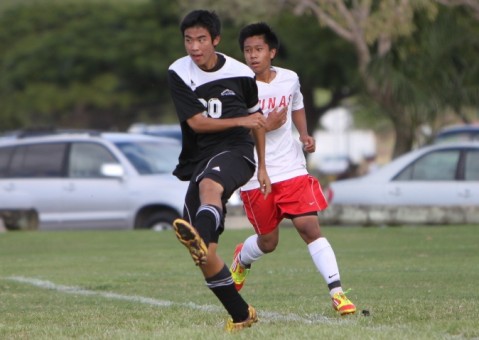 Pearl City's #20 Tyler Terashima put the Chargers up 1-0 in 20th minute. Terashima pictured here attempting a shot at the goal late in the second half. 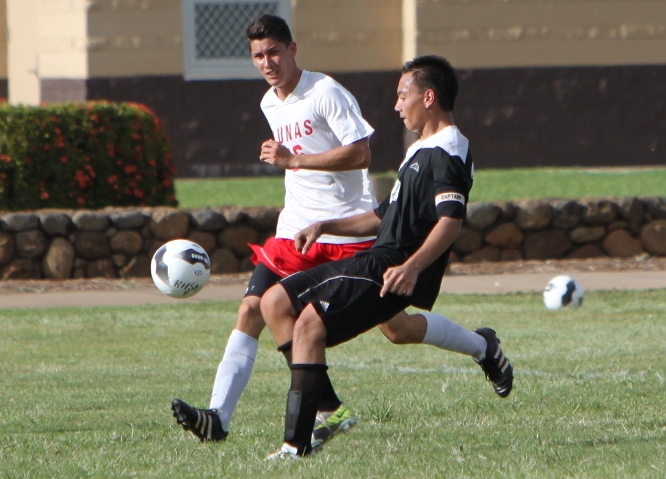 #21 George Georgiev scored a goal in the 21st minute to give Pearl City a 2-0 first half lead. Georgiev pictured here working his ball control magic in the second half. 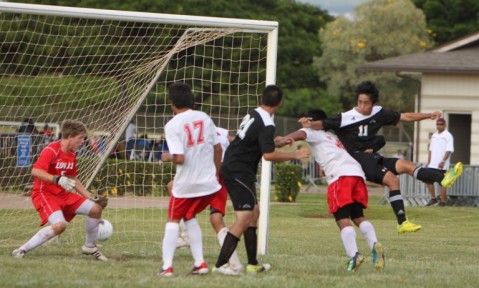 Pearl City's #11 Christian Nakabayashi scores to put the Chargers up 3-1 over Lahainaluna in the 70th minute. 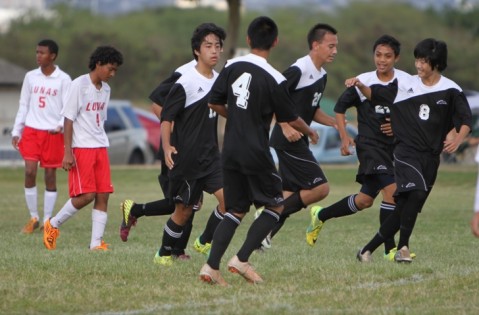 Nakabayashi is congratulated by teammates after scoring the Chargers final goal.