Pearl City High School (PCHS) senior Timothy Iinuma set up his production and camera crews on Hookiekie Street near Momilani Elementary School on Saturday, February 18, 2012 to film his latest documentary that will focus on distracted driving, Hit and Run, and pedestrian safety.

Iinuma's pedestrian safety video is a part of his PCHS senior project that involved a cast of about twenty actors. 95% of them were PCHS students. 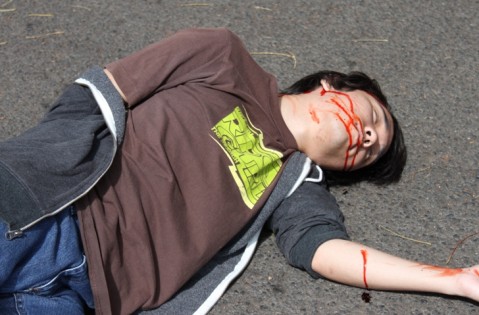 The talented PCHS filmmaker and director is becoming an old pro with a growing resume of video projects under his belt. He is also making a difference with his projects, that when completed, will serve to make a positive change for generations to come.

"Our video shoot on Saturday, February 18 went very well," said Iinuma. "All the actors were energized and excited and we were able to complete our filming earlier then expected. Everyone who came to my project, did not come to be in the spotlight. They came because they wanted to make a positive change in this beautiful state of Hawaii. We wanted the people of Hawaii to share the Aloha with drivers and pedestrians. We all believe Hawaii can become a safer place for pedestrians." 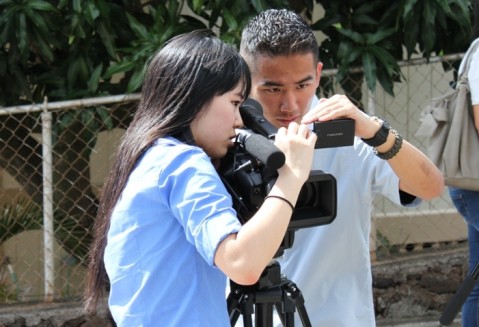 Iinuma's two minute pedestrian safety video is currently in the editing phase. The release date is scheduled for March 5, 2012 with distribution planned via the local media, Hawaii government agencies, and on the internet. 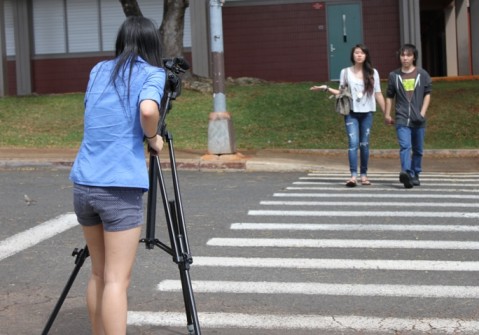 Kelly Nakasone films actors Jessica Higashi and Nicholas Iguchi as they make their way across the crosswalk on Hookiekie Street. 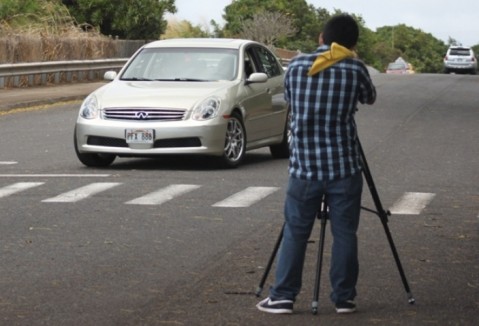 Cameraman Ross Higa pictured behind his camera as he shoots footage of the vehicle as it approaches the fatal impact zone on Hookiekie Street. 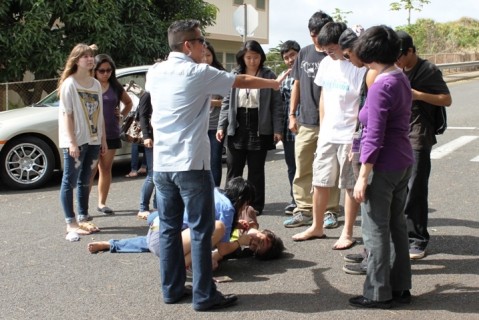 Director linuma sets up the next scene while Kelly Nakasone applies fake blood to the face and body of Nicholas Iguchi. 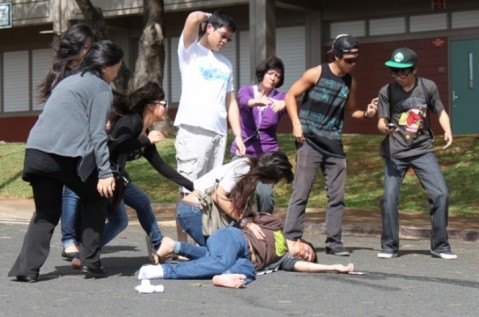 PCHS actors rush to the scene after Iguchi is fatally struck. 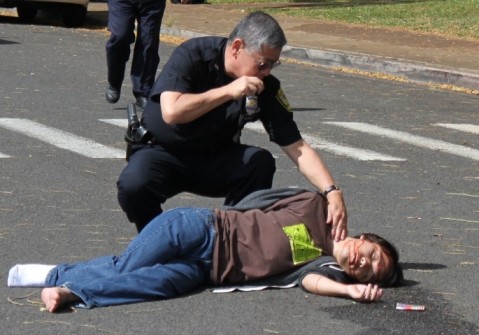 HPD arrives on the scene to find that the pedestrian did not survive after being struck in the crosswalk. 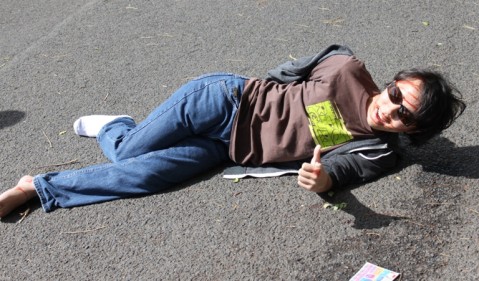 Nicholas Iguchi gives the thumbs up in between takes on Hookiekie Street.