The Pearl City Chargers are pumped up to get going in this weekend's HHSAA State Boys & Girls Varsity Wrestling Championships to be held on Friday and Saturday at Blaisdell Arena in Honolulu.

The Charger girls team heads into the state championship after capturing the OIA Championship last weekend at Leilehua High School. Pearl City (174), Aiea (124) Campbell (103), Mililani (97) and Kahuku (84) rounded out the top 5 finishers. The Chargers out distanced second place Aiea by 50 points for the championship.

Pearl City Senior Sanoe Spencer was the lone first place finisher for the girls at 222 lbs. defeating Kahuku's Libby Petrie for the title. Spencer received strong support and a comfortable lead team before she even hit the mat from her teammates with four 2nd place finishes from Rachel Tolentino (100 lbs.), Sherese Ader (122 lbs.), Mylinda Jefferson (142 lbs.), and Janelle Fuamatu (157 lbs.)

The Charger boys finished in 4th place behind OIA Champion Mililani (192),  followed by Campbell (189), Moanalua (170) and Leilehua (115) who finished in 5th place. Three points separated first and second place which came down to the wire for Mililani's championship victory over Campbell.

Pearl City will be in for a challenge as top high schools from around the state converge this weekend at Blasidell Arena. Powerhouse Punahou returns to the 2012 HHSAA State Championship after sweeping both the boys and girls team titles for the ILH Championship. 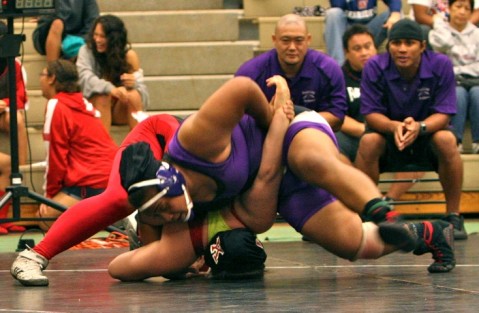 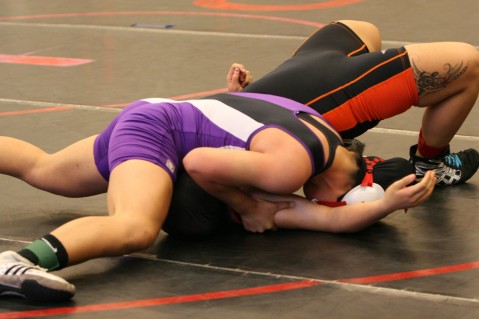 Janelle Fuamatu picked up valuable points for the Lady Chargers with a second place finish to Nankuli's Joslynn Kahala Minczer in the 157 lbs. division. 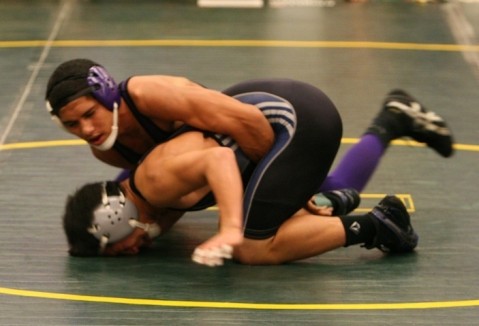 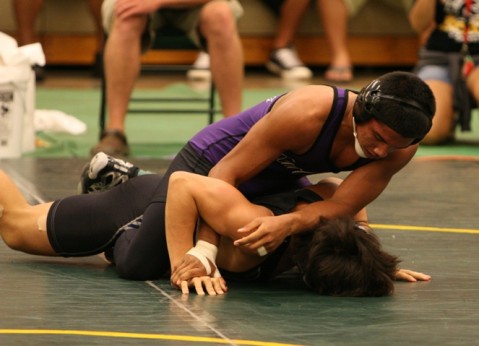