The Waianae Seariders traveled to Pearl City on Saturday and picked up a couple wins in a doubleheader sweep of the Chargers 8-4, 11-0. The sweep included a no hitter tossed by Waianae's Piilani Smith-Keopuhiwa in the Seariders 11-0 second game win that ended on Tiani Hensley's 2 RBI home run that enforced the 10-run mercy rule in the bottom of the fifth inning. Hensley belted two home runs in the game and drove in five runs.

The Seariders improved their Oahu Interscholastic Association Red West Division record to 6-4 while the Chargers continue to struggle falling to 2-8.

Raelene Diorec picked up the win in game one for the Seariders allowing four runs and seven hits in a complete game performance. Sella Rodriguez took the loss for the Chargers allowing eight runs and fourteen hits in seven innings.

Rodriguez contributed at the plate for the Chargers hitting 2-3 with 2 RBI. Tiari Walker contributed with a home run and 2 RBI.

In game two Waianae's Smith-Keopuhiwa was impressive in her no-hitter performance over the Chargers. Pearl City's Rodriguez suffered her second loss of the day allowing eleven runs and and ten hits in five innings of work.

Tiani Hensley had a great game at the plate in game two for the Seariders hitting 2-4, with 2 homeruns, scored 3 runs along with 5 RBIs. Teammate Kamalani Kamai batted 2-3, with a homerun and 3 RBIs.

The Pearl City Lady Chargers return to action on the road at Kapolei to take on the Lady Hurricanes in a doubleheader on Saturday, April 7. First pitch is set for 10:00am. 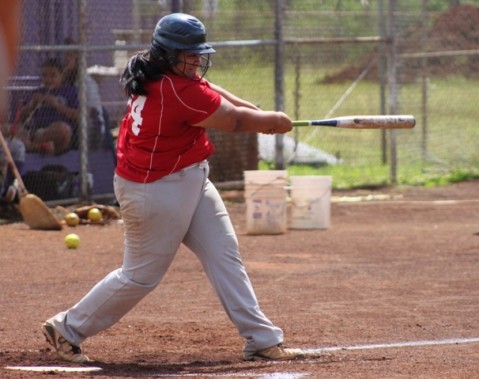 Waianae's Piilani Smith-Keopuhiwa also contributed at the plate for the Seariders pictured here hiiting an RBI single in game 1. 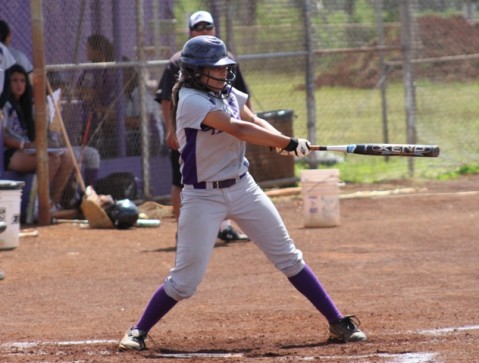 Pearl City starting pitcher Sella Rodriguez backed up her team at the plate pictured here hitting an RBI single that drove in Kayla Leleo from third base in game 1. Rodriguez hit 2-3 with 2 RBI in game 1. 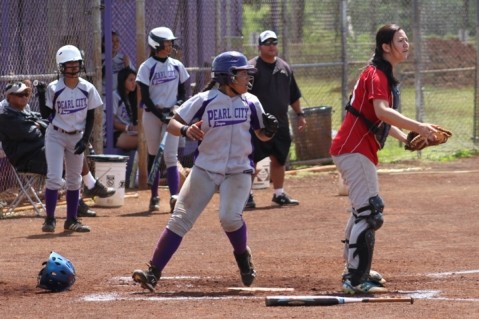 Kayla Leleo scores from third base on Sella Rodriguez's RBI single in game 1. 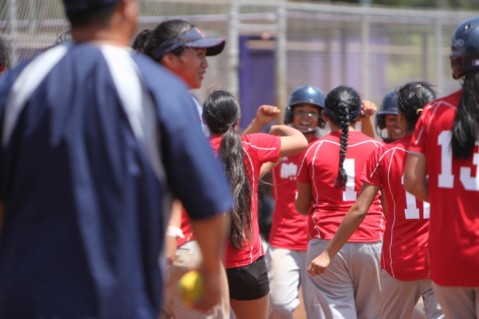 Waianae's Tiani Hensley is swarmed at the plate by teammates after hitting a game ending 2 RBI home run in game two that enforced the 10-run mercy rule in the bottom of the ffith inning. Hensley hit two home runs in game two.