The Pearl City High School Chargers Judo team had another successful outing in OIA Red Western Division Varsity Judo competition on Saturday, March 31 at Aiea High School. The Chargers Girls team remained undefeated in league competition improving to 5-0 while the Boys squad are one above five-hundred at 3-2.

Pearl City will finish out the regular season this Saturday, April 7 at home against Aiea and Waialua. Matches start at 10:30am. The Chargers will also say Aloha to their Seniors as they compete at home for the last time of their careers. 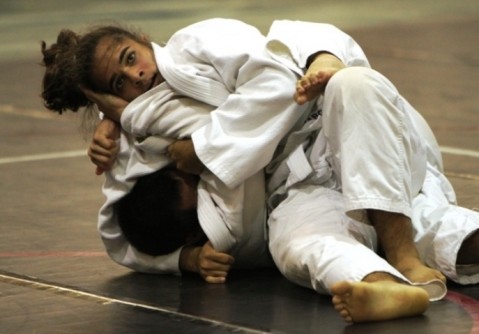 Pearl City's Charles Jaeger pictured in action winning his match against a Kapolei opponent on Saturday.March 31, 2012 at Aiea.