Pearl City High School English & Drama teacher, Mr. Steven Kam is once again in the directors chair and has successfully put together another “history making” cast and crew that are seasoned and talented.

“Once I settled on doing this musical (which happens to be in pidgin), I again had to make sure I assembled the best possible talent on and off the stage, as I could not do this production all by myself,"  said Kam. “With four directors/assistants and a talented cast right off the previous three musicals and our benefit concerts (Heart for Arts), the PCHS Dramatic Arts Program definitely was again on the right track.”

Once Upon One Kapakahi Time is co-narrated by Kyler Tandal who plays Keoni Kaha’i, and Meagan Balangue who stars as Kelli.  It’s the first leading role for both actors.

“For me it’s a really exciting role to have because I get to basically tell the story,” said Tandal.  “Everyone kind of does things as I say it, so that’s really cool. It’s a lot fun having Meagan too, because she always throws in these odd ball things that make it different.”

“It’s exciting for me especially because I also turn into part of the audience at the same time,” said Balangue. “I get to watch it and also be a part of it. That makes it fun, playing both roles. This is my third year and every year is really different, but the same type of camaraderie, the same type of bond is formed every year. Mr. Kam does a great job of holding it all together.

“It’s kind of interesting playing the role of the Da Wicked Queen because one of the writers for the play, Lisa Matsumoto, actually wrote the role for herself,” said Iwashita. “It’s a lot of pressure, but it’s nice at the same time. As a senior, it’s really awesome to be able to play another villain because the past three years I’ve been playing villains. It's kind a like ending it with a bang, and she’s larger than life. It’s a really fun role.”

“I’m playing Da Mean Mongoose,” said Dimacali. “I’m excited to play in a local version of the Big Bad Wolf because I always liked that story. It’s also pretty cool being partners with the Da Wicked Queen because we have our own two villain songs. It’s amazing! It’s a lot of fun.” 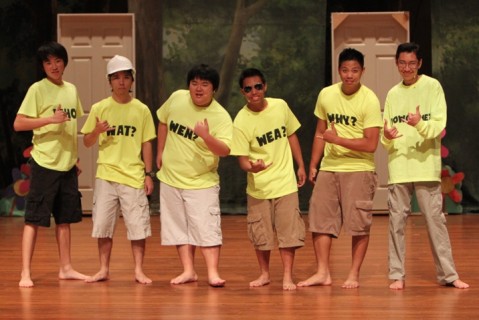 These guys are having a lot of fun while looking for all the answers. 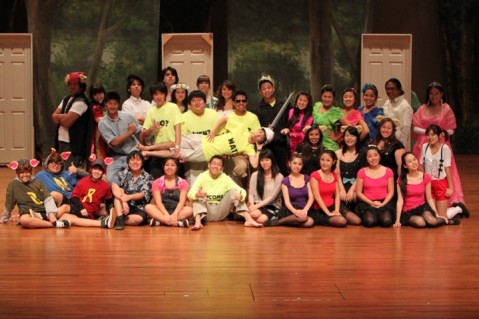 TICKETS ARE $7.00 PRESALE (ENDS ONE WEEK BEFORE PERFORMANCE)

ALL TICKETS ARE RESERVED SEATING