Pearl City Chargers Head Coach David Hallums has his coaches and players ready to begin a new era in Chargers football. Conditioning practice is quickly showing who will stand out on the field as well as in the classroom.

"So far, mostly everyone has bought into the system," said Hallums. "Work in the classroom is most important. They need to understand that they're student athletes. We want to make sure that they are taking care of their class work in order to be eligible to play."

Coach Hallums has the material to work with to build into a winning football team in his first season at the helm of the Chargers football program.

"We're waiting for some kids to join the team once track, baseball and volleyball is finished," Hallums said. "Overall we'll have pretty good talent and speed next season. Our O-line has good size across the board."

The Chargers are coming off a very successful and record setting 2011 football season under former Chargers Head Coach Kai Kamaka who has moved on as an assistant football coach at Leilehua High School.

Coach Hallums and his coaching staff are moving the Chargers football program  forward with a new style of football and coaching philosophy that current University of Hawaii Warriors Head Football Coach Norm Chow has implemented with his program. The Chargers coaching staff is also putting time in with the Pearl City Pop Warner programs and in the schools at the 6-8th grade levels to work wiith the students athletes on learning the importance of being a good student first, before sports.

"We are implementing the same brand of football that Coach Norm Chow is doing at the University of Hawaii," Hallums said.  "Also, my coaches and myself are involved in the community with the Highlands Colts and Pearl City Chargers Pop Warner programs and in our schools to help guide an instill in the upcoming student athletes at the 6th thru 8th grade levels that being a good student is important. If they decide to come to Pearl City High School we went want them to to be just as proud of their academic accomplishments as it is to be a Charger athlete."

The Chargers are on their way under Head Coach David Hallums. Spring practice begins on May 21 with their Spring Ohana Game scheduled for June 2 at Pearl City High School's Edwin "Bino" Neves Stadium.

The Chargers will also participate in Pass League competition that begins on June 20 and will follow with their pre-season schedule that starts in the first week of August. 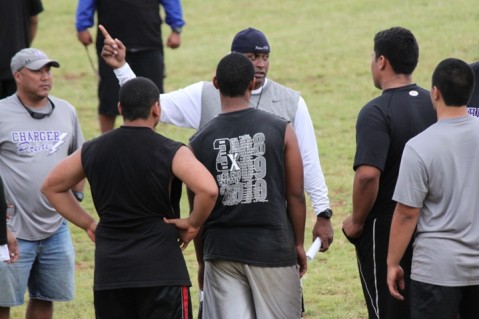 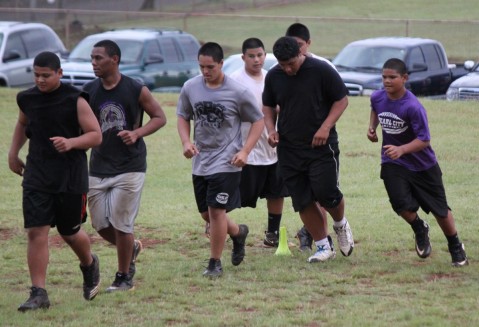 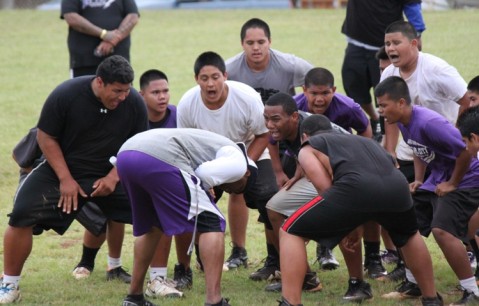 Coach Hallums pumps up his players to end conditioning practice. 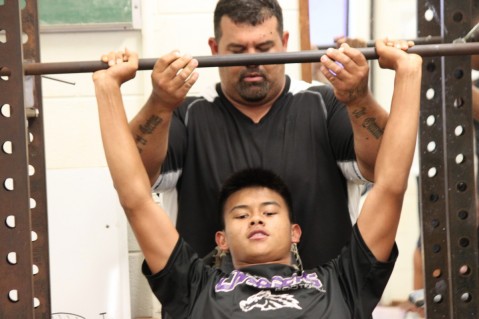 Weight training plays an integral role in the Chargers being explosive on the field. A Charger pictured while being spotted at the bench press station. 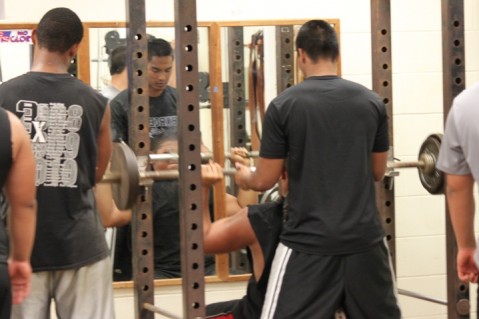