The Kahuku Lady Raiders ran their perfect record to 12-0 after beating Pearl City (6-7) convincingly 16-4 in the opening round of the Oahu Interscholastic Associations's Varsity Girls Water Polo Championships at Veterans Memorial Aquatics Center in Waipio on Wednesday.

Kahuku's Sydney Foster had a game high five goals. Kallee Krebs and Nohea Kahaulelio both added three goals each for the Lady Raiders.

Kahuku (12-0) moves on in the championship tournament to face Roosevelt (9-3) today at 6:00pm at the Veterans Memorial Aquatics Center. 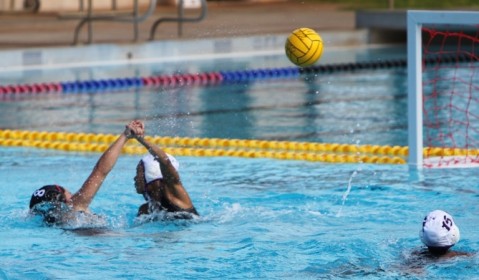 Kahuku's Sydney Foster pictured scoring one of her game high five goals in the Lady Raiders 16-4 win over the Lady Chargers. 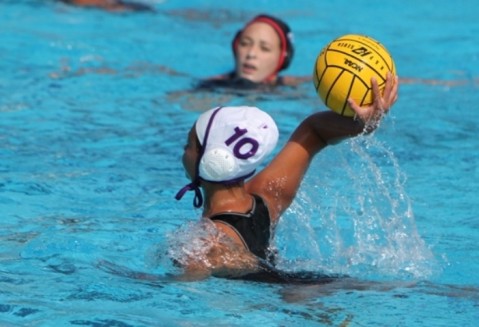 Pearl City's Rachel Look scores one of her two goals from long range in the first half against Kahuku. 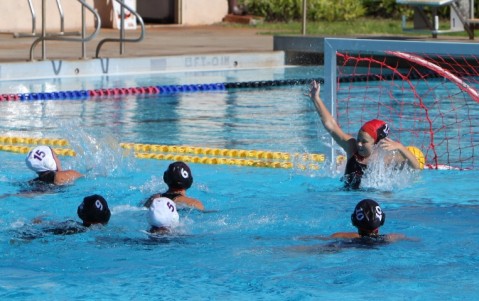 Pearl City's #15 Kylie Hong shoots the ball past the Kahuku goalie for a second half score. 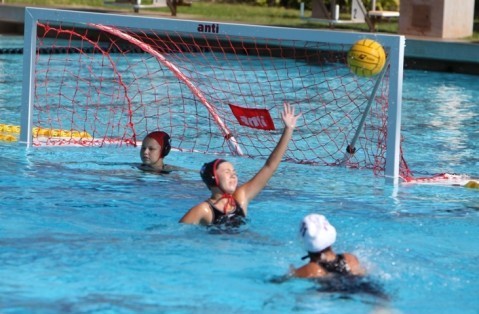 #11 Brittany Ha sneaks the ball in past the Kahuku goalie for the Lady Chargers fourth goal of the match in the second half.