Construction began on Saturday on a new "super" pergola at the Urban Garden Center in Pearl City. The structure, when completed, will grace the entrance to the UGC Rose Garden. It is planned to be an integral part of  the "Peace Garden" that will offer UGC visitors an opportunity to relax and enjoy the beautiful roses grown and maintained by volunteers from the Honolulu Rose Society.

Bob Speer, past President of the Honolulu Rose Society serves as the project coordinator and lead construction foreman.

"I would like to thank all the volunteers who came and made today's construction work day a success," said Speer while addressing the volunteers during lunch at the UGC. "We will complete the first phase of the project in June. We also have plans in the works to eventually hold weddings, parties and other events at the new pergola and Peace Garden," added Speer.

The project is budgeted for $10,000. Generous donations from the public has helped finance a good portion of the project to date.

Members from the Pearlridge Rotary Club volunteered in 2011 to help in the initial UGC Rose Garden construction and planting of over 100 rose plants. Saturday's participation of the pergola construction by the Rotarians continued their support of the UGC.

The Pearlridge of Rotary Club is committed to serving the needs of the community during the year through their community service projects program coordinated by 2012 chairperson Keith Masuda. Great job!

Mahalo to the Honolulu Rose Society volunteers who kept everyone hydrated and well supplied with snacks. Also, to chef David for the ono barbecue feast for lunch! 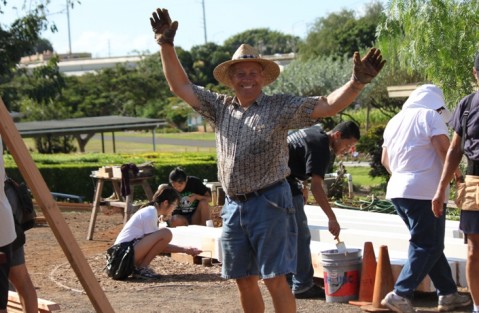 Bob Speer, past President of the Honolulu Rose Society shows off his excitement as construction during Saturday's work day on the UGC pergola project runs  ahead of schedule. 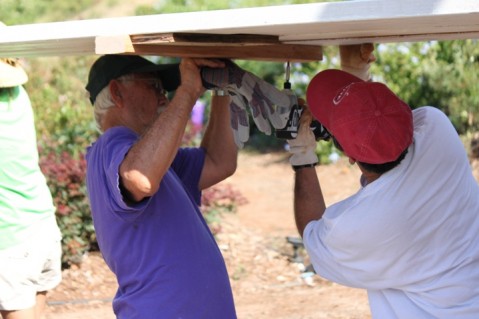 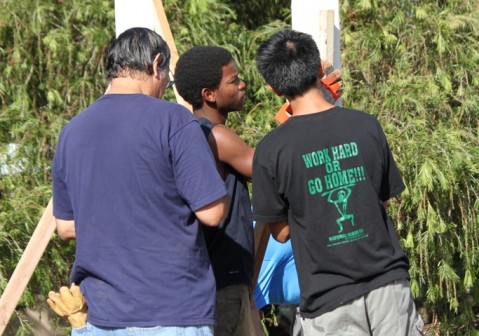 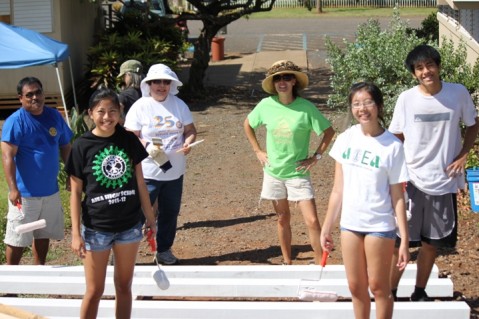 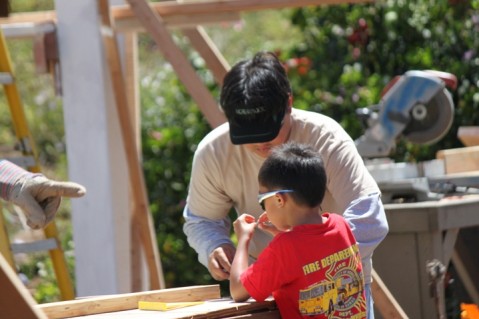 Jeoffrey Cudiamat, husband of Rotary Club of Pearlridge member Cheryl Cudiamat, volunteered his structural enginering expertise on Saturday. Cudiamat pictured with his son while working together on a portion of pergola construction project. 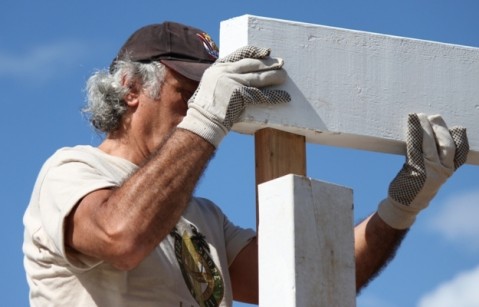 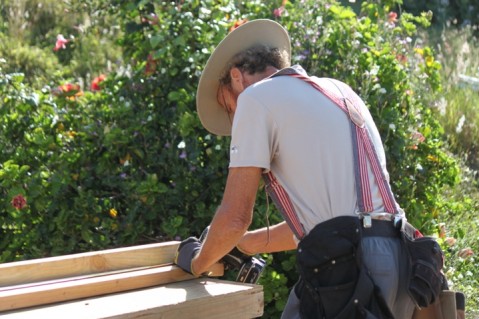 Project co-foreman "Red" pictured working on the construction of scaffolding support braces in his outdoor workshop at the UGC. 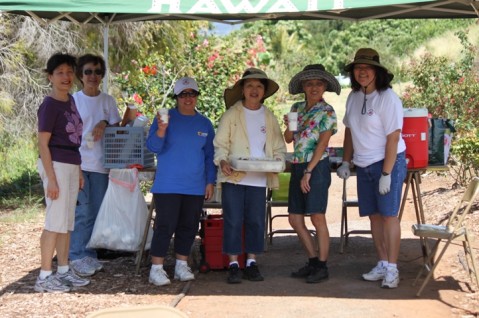 Mahalo to the volunteers from the Honolulu Rose Society for keeping everyone hydrated and well fed during Saturday's work project! (Awesome homemade cookies!)