Pearl Ridge Elementary School hosted the Annual Pearl City Bonsai Exhibit & Plant Fair on Saturday, May 5, 2012 in the school cafeteria. Pearl City Bonsai Club members volunteered their time to run the event as well as educate and answer questions from the hundreds of area residents and bonsai plant enthusiasts that attended the event.

This year's fair was blessed with the presence of Sensei Dennis Makishima who volunteered his time to conduct a demonstration workshop for all attendees. Sensei Makishima once again made the trip to Hawaii from his home in El Cerritos, California. Sensei Makishima is also the past President of the Golden State Bonsai Federation and works closely with bonsai plant club's in Hawaii and throughout the West Coast as a guest speaker and bonsai demonstration expert.

If you would like to learn more about the art of bonsai or would like to inquire about becoming a Pearl City Bonsai Club member, please log on to the following web site address below:

Also, to learn more about the work that Sensei Makishima is doing on the West Coast log on to: 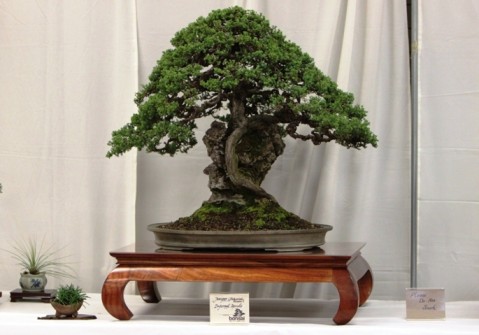 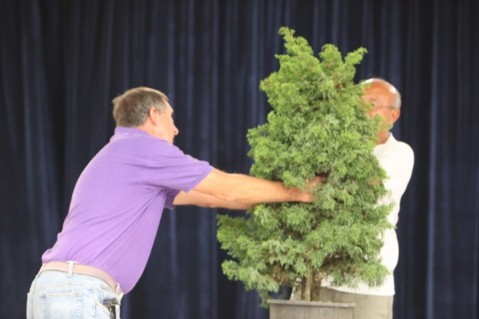 Keith Shultz (left) from the Pearl City Bonsai Club helps position a bonsai tree while Sensei Dennis Makishima demonstrates how to select the right branches to cut to begin the process of shaping the tree into an aged, bonsai work of art. 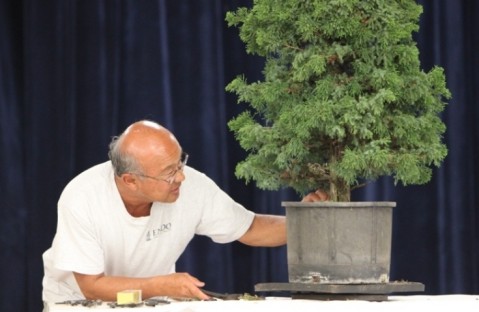 Sensei Makishima surveys the condition and structure of the tree at its base during his demonstration workshop that lasted a couple of hours on Saturday.