Pearl City's Sumi Pruett pitched a gem yesterday as the Chargers eliminated #2 seed and ILH Champion Mid Pacific Owls 3-1 in the quarterfinals of the Wally Yonamine Foundation Division I Baseball Championships played at the University of Hawaii's Les Murakami Stadium.

Pruett entered the game in the top of the second inning in relief of starter Sean Milan who suffered a shoulder injury while on the mound. Pruett pitched 5 2/3 innings allowing one run on two hits.

Mid Pacific's Travis Garcia-­Perreira went the distance for the Owls allowing three runs on seven hits in the loss to the Chargers.

"I'm happy for our guys," said Pearl City Chargers Head Coach Mitch Yamato. "Sean got a little arm injury and hopefully he worked it out. Sumi came in and shut the door on them and only gave up two hits."

"In the beginning my fastball wasn't doing too good but towards the end everything started to come together," said Pruett.

The Chargers are focused and are playing the same type of ball under the same team strategy and philosophy that guided them to the title last year. "Fundamental baseball wins championships."

"Our defense was tough," Yamato said. "They made the plays when they had to make the plays. They got the hits when we had to get the hits. We keep playing ball like this we'll see how far these guys can take us."

Holding down a power hitting team like Mid Pacific to two hits in the ball game took a bit of teamwork and homework on the part of the Chargers coaching staff's responsibilities in preparing and executing effectively in big games.

"We have some good coaches, they did their homework for me when I call pitches." Yamato said. "That really helps when they do homework and I just have to worry about calling pitches and they're telling me where their power is. If it wasn't for those guys we wouldn't be able to help Sumi as much."

Pearl City got on the scoreboard in the bottom of the first inning on an RBI bunt by Tanner Tokunaga that drove in big brother Tyler from third base. Pearl City took a 2-0 lead over the Owls after one complete. Pearl City scored a single run in the bottom of the fourth inning on a pass ball at the plate that scored Brock Honda from third and increased the Chargers lead over the Owls to 3-0.

The Owls scored their only run of the ball game in the top of the fifth inning on an RBI single by Bryce Asao that scored Skyler Tengan from second base.

In the top of the seventh inning the Owls put two runners on base but the Chargers took care of the threat turning a double play for a outs one and two. Pruett ended it striking out Bryce Asao for the third and final out of the ball game.

The Chargers are ready for the challenge ahead after defeating the Owls on Wednesday in the quarterfinals. Today they face an even bigger challenge in their defense of their 2011 state championship as they face BIIF Champion Waiakea in the semifinals.

"We feel confident, Pruett said. "This is a big win for us. This is a good group of guys. We'll see how it goes game by game." 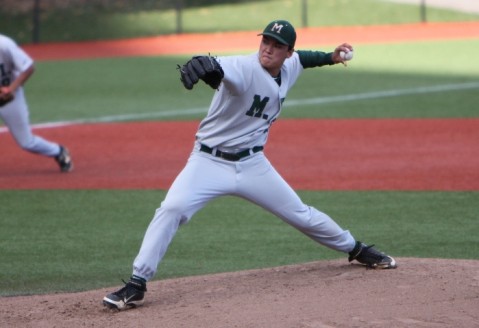 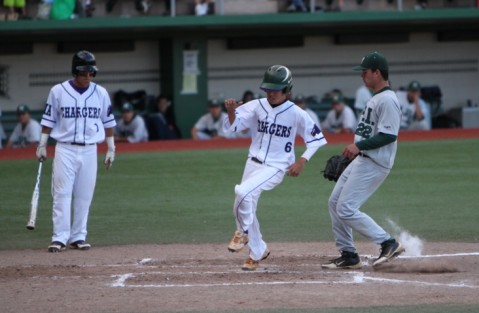 Brock Honda scores on a pass ball at the plate in the bottom of the fourth inning to put the Chargers up 3-0 over the Owls. 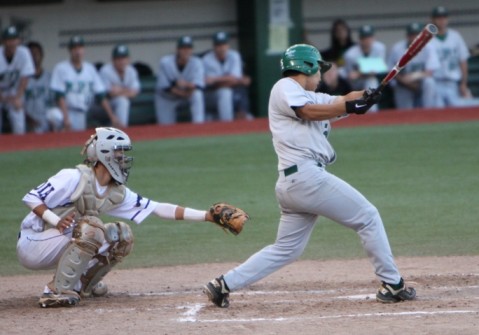 Bryce Asao pictured hitting an RBI single in the top of the fifth inning that scored Skyler Tengan for the Owls only run of the ball game. 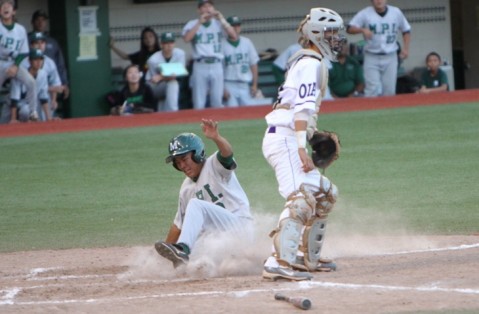 Skyler Tengan slides across home plate scoring on Bryce Asao RBI single in the top of the fifth inning. 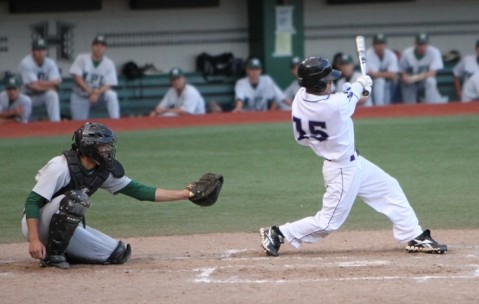 Tanner Tokunaga strokes a double to centerfield in the bottom of the fifth inning. 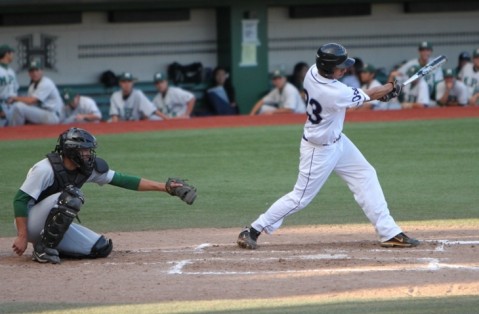 Sumi Pruett pictured hitting a double to deep left-centerfield in the third inning. 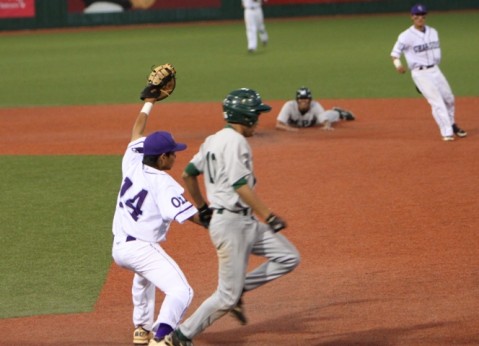 The Chargrers turned a double play in the top of the seventh inning to move within one out of winning the ball game. Mid Pacific's Skyler Tengan is throw out first in the back end of the double play. Pearl City first baseman Matt Tsutomi pictured on the bag for the Chargers. 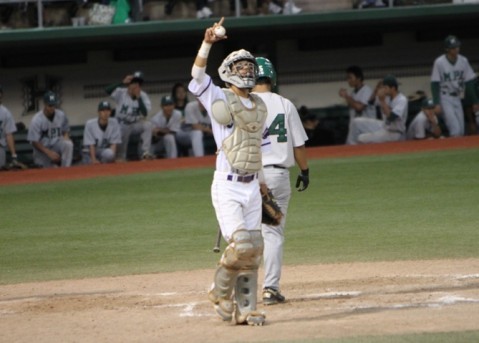 Kamalu Neal gives thanks to above after Pruett struck out Bryce Asao for the last out of the ball game in the top of the seventh inning. 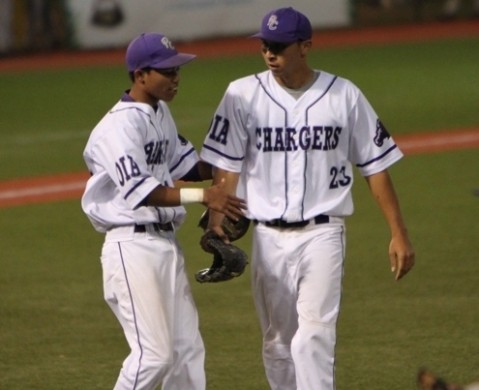