Kamehameha notched another victory yesterday behind the arm of Codie Paiva who went the distance in a 6-1 win over Pearl City in American Legion Baseball played at Hans L 'Orange Park in Waipahu.

After five scoreless innings, Kamehameha's Hoku Botelho got things going with a one out triple to deep left field in top of the sixth inning. With Botelho in scoring position at third, next batter Tyler Meditz stroked a back to back triple to score Botelho from third that put Kamehameha up 1-0. Pearl City pitcher Lane Asuncion got the next two batters to end the inning.

In the bottom of the sixth inning Pearl City would strike back. Tyler Akau led off the inning with a double to left field. Ryne Tokunaga hit a single with one out that advanced Akau to third base. Pearl City had runners on first and third with one out. Next batter, Jason Komoda flyed out scoring Akau from third base to tie the game at 1-1. Codie Paiva got the next batter Christian La Chance on strikes for the third out.

Kamehameha broke the game wide open with five runs in the top of the seventh inning. Keenan Lum walked to lead off the inning. Ulu Farm layed down a bunt that would advance Lum all the way to third base and Farm to second base. Kamehameha had runners on second and third with no outs. Next batter flyed out for the first out of the inning. Next batter, James De Jesus drilled a two RBI double scoring Lum and Farm to break the 1-1 tie giving Kamehameha a 3-1 lead. Pearl City relief pitcher Shiloh Baniaga balked sending De Jesus to third base. Ikaika Ramie stepped up to the plate and hit an RBI double that scored De Jesus from third. Kamehameha took a 4-1 lead with one out in the inning. Ramie advanced to third base on a steal. Next batter, Hoku Botelho drove in Ramie from third to go up 5-1. Botelho advanced to second base on a steal. Tyler Meditz flyed out for the second out. Ryan Kaleiopu Jr. hit an RBI double to deep left field that scored Botelho from second. Kamehameha increased their lead to 6-1. Pearl City got the next batter to fly out for the third out.

Pearl City went down 1-2-3 in the bottom of the seventh inning. 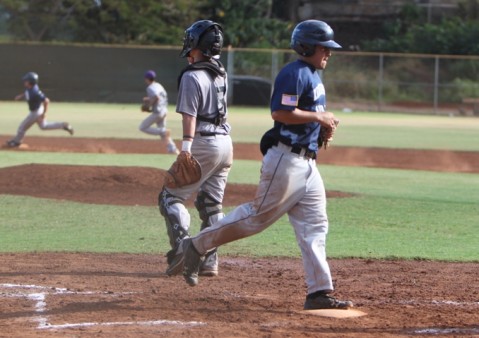 Kamehameha's #40 Hoku Botelho scores the first run of the ball game on an RBI triple by Tyler Meditz in the top of the sixth inning. 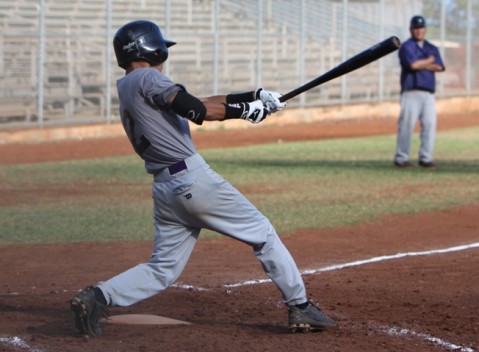 Pearl City's Ryne Tokunaga strokes a single in the bottom of the sixth inning that put teammate Tyler Akau in scoring position at  third base. 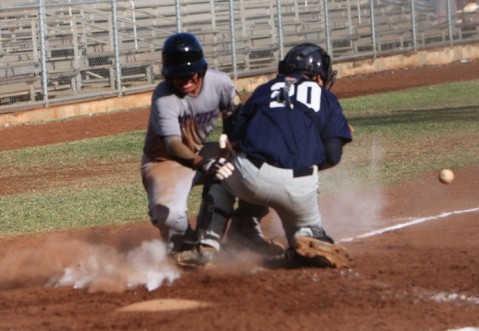 Tyler Akau runs through the Kamehameha catcher to tie the game at 1-1 in the bottom of the sixth inning. Akau scored on a fly out by Jason Komoda. 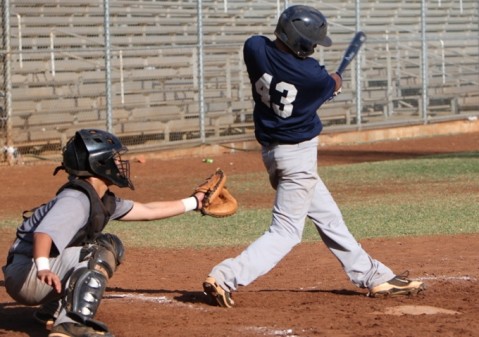 #43 James De Jesus broke the 1-1 tie in the top of the seventh inning with a two RBI double scoring Keenan Lum and Ulu Farm to put Kamehameha up 3-1 over Pearl City. 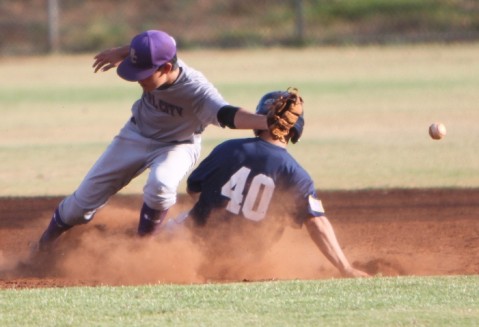 Kamehameha's Hoku Botelho beats the throw to second base in the top of the seventh inning. Botelho would later score on an RBI double by Ryan Kaleiopu Jr..