Councilmember Harimoto, Mayor Peter Carlisle, Department of Parks and Recreation Director Gary Cabato, and Donald Devaney, President of the Newtown Estates Community Association joined together to open the parking lot to the public. 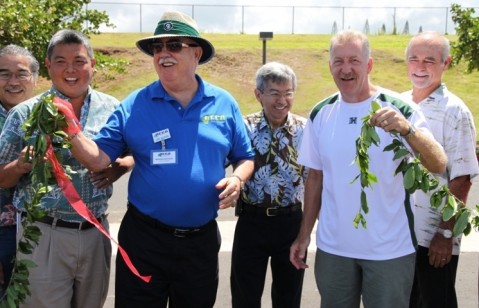 The Newtown Neighborhood Parking Lot project was a collaborative effort that brought together the private sector, government, and community, to benefit Newtown residents and visitors to the neighborhood park.

"This is really an exciting project because a whole bunch of different entities came together, the community association, Frank Coluccio Construction Company, the parks and recreation department, all of them got together. Coluccio was kind enough to do this at their own dime and it became absolutely free for the City and County of Honolulu. It does a whole lot for the community because this link here between the two sides of the park has been somewhat dangerous. Having it where you're going to have a parking lot where people are going to be able to come and enjoy this side of the park as well as the recreation center down at the bottom is good stuff."

"If it wasn't for a tremendous partnership of everyone involved, this would have never happened. About two years ago we knew it was going to happen, and at that point it was a matter of when? To get to that point two years ago with Coluccio coming forward, Councilmember Harimoto stepping up, the parks department Gary Cabato and Bill Balfour all coming together after it was kind of in limbo and flux. It is a great day for many people throughout this community because no longer will we be competing with traffic on Kaahele Street."

"Today was an opportunity for Newtown and the community to show the public how working together is all unity of effort. Especially on a project like this where it didn't cost the city or the taxpayer money. It did save the construction company Coluccio some money in the fact that he didn't have to pay a fee to access a private road to get to his equipment so he appreciated that. You weigh it all together, you come out with a situation where he said when the sewer project is completed, if you want  a park here, if you want a parking lot here, they would be willing to do it. This is what he did and it's beautiful."

"Its all about give and take and we want to be active neighbors. The community put up with us being here during the construction and the parks department helped us out with the staging area, and so we want to do our part to give back and help out with something that the whole community can use." 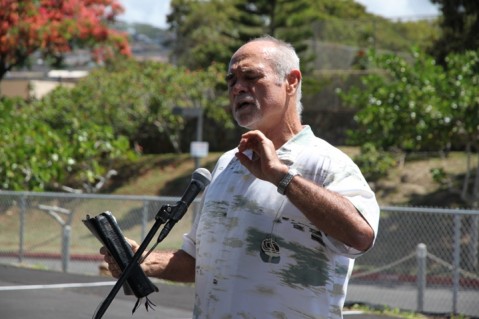 Reverend Bill Stonebraker performed the blessing of the parking lot on Saturday. 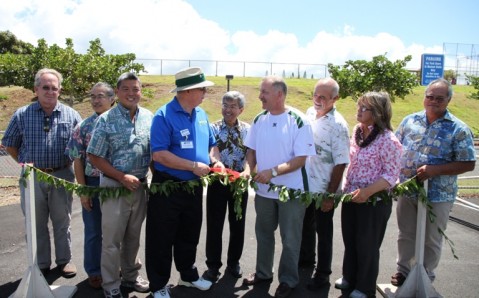 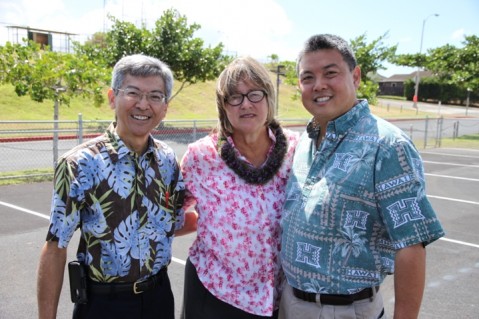 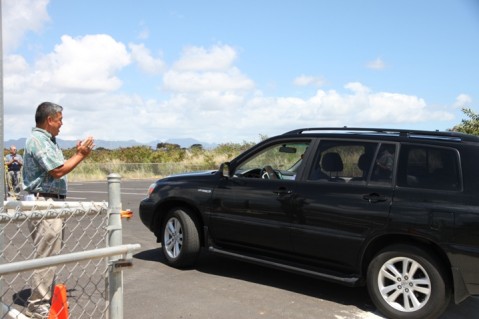 Representative Takai welcomes Mayor Carlisle as he pilots C&C 1 through the entrance to the Newtown Neighborhood Parking Lot while making history as the first to officially make the crossing.

Mayor Carlisle was asked how it felt to be first?

"My heart was pounding," said Mayor Carlisle. "I was definitely afraid I was going to come right through the tent. But yes, I succeeded in getting C&C 1 through the gate with enthusiasm and at a very reasonable speed I might add." 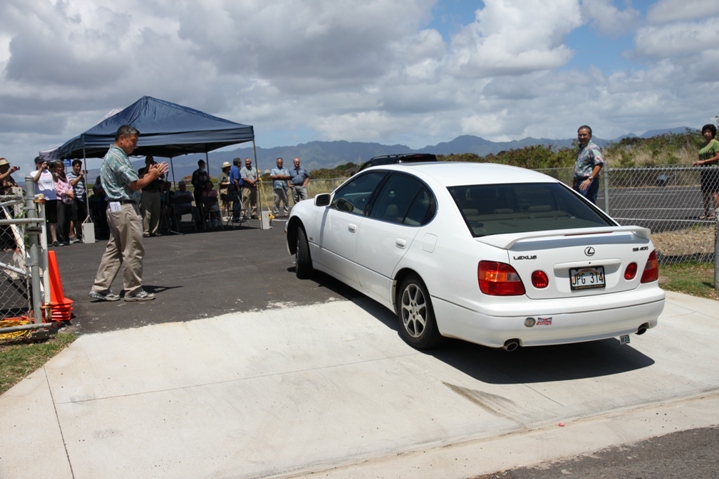 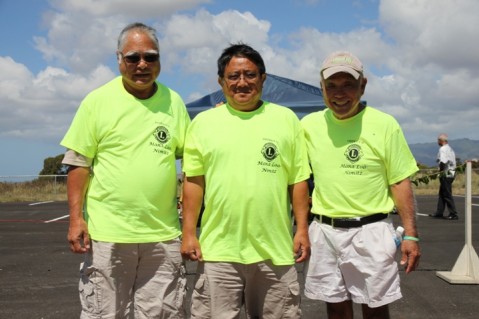