The loss drops the Chargers to 0-3 while the Golden Hawks improved to 2-1 in the OIA White Division Varsity Football regular season.

Pearl City took a 14-7 lead at the half, but Nanakuli came out fired up to start the second half tieing the game at 14-14 early in the third quarter on an interception at midfield by Tryson Vincent off of Charger QB Brock Teixeira. The Golden Hawks came right back picking off Teixeira for the second time in the quarter. Khade Paris pounded the ball in from the four yard line for the score. Nanakuli took a 20-14 lead. Nanakuli struck gold again, scoring on a four yard touchdown run by Paris that was set up after a punt that bounced off  Pearl City's Daicorri Briscoe was recovered by Nanakuli's Eric Au Hoon-Kaawa on the Chargers four yard line. Nanakuli went up 28-14 with 3:20 left in the third quarter.

Nanakuli held off the Chargers in the final minute of the ball game atter scoring on Lansen Lik's winning touchdown reception.

Daicorri Brsicoe had a big game for the Chargers scoring three touchdowns on the night.

Pearl City will travel to Roosevelt on Friday, September 7 to take on the Roughriders. The Junior Varsity kick of is set for 5;00pm. 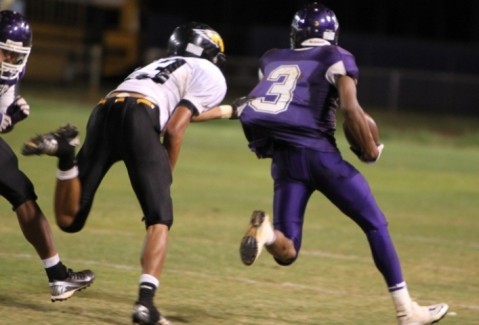 Daicorri Briscoe shakes the grasp of a Nanakuli defender to score on a 60 yard punt return late in the fourth quarter. The Chargers converted the extra point kick to tie the game at 28-28. 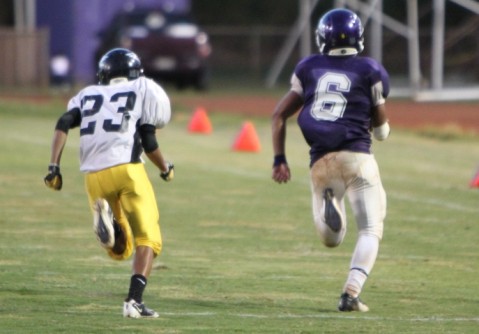 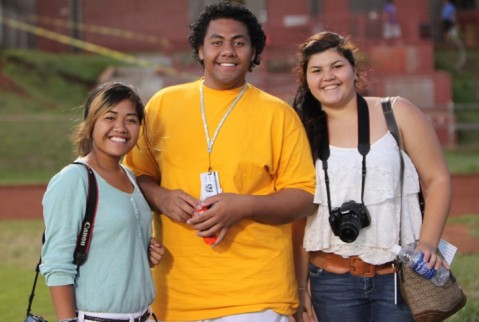