The final score of 54-21 was indicative to the usual, well balanced, high scoring offensive attack and stingy defensive play of the Pearl City Chargers that we have come to know in the past couple of years. Yes, the Chargers have struggled this season, but the team is coming along and are poised to put together a quick strike into the zone at anytime.

Last night in Waialua at Yoshiyuki Nakasone Football Field on the campus of  Waialua High School, it was a different kind of ball game for the Chargers as they went up against an Anuenue ball club that was focused on going to war, upfront, and in the trenches. They are as tough as it gets when it comes to utilizing their ground game to pick up yardage from the opposition.

Anuenue ran the ball most of the game except for three pass attempts, completing 2 of 3 for 30 yards. The Na Koa running game rushed for an amazing 411 yards. That's what they do, and do well. The problem for Anuenue was that the Pearl City defense played tough in the red zone and their offensive weapons, which have had their moments in the first five games this season, put points on the scoreboard via the ground game and through the air.

Pearl City QB Brock Teixeira picked up where he left off in last week's 54-7 win over Roosevelt, passing for 264 yards, completing 10 of 16 and three touchdowns. Isaac Amorin led all receivers with 131 yards on four catches and two touchdowns. Tanner Tokunaga picked up 66 yards on four receptions and one touchdown. Tokunaga also scored on a four yard rushing touchdown. Melvin Schmidt IV hauled in two passes for 67 yards.

Pearl City running back Blake Cooper rushed for 54 yards on six carries and three touchdowns. Pearl City back up QB Travis Joe scored on a 57 yard touchdown run in the fourth quarter that put the Chargers up 53-14.

The explosive Anuenue running game was led by Anuenue Tui who rushed for 186 yards on 22 carries and one touchdown. Tui scored on a four yard touchdown run that made the score 54-20 with time running out in the fourth quarter.

Teammate Kainalu Kaleo rushed for 170 yards on 15 carries and two touchdowns. Kaleo scored Na Koa's first touchdown in the second quarter on an 11 yard run. Kaleo's second touchdown came early in the third quarter on a 60 yard touchdown run that closed the deficit to 35-14.

Pearl City forced the 35 point mercy rule late in the third quarter that was enforced after the Chargers scored on a 53 yard touchdown pass from Teixeira to Amorin.

Pearl City returns home to Edwin "Bino"Neves" Stadium for their Homecoming game against Kalaheo on Friday, September 21. The Junior Varsity kicks off at 5:00pm with the Varsity to follow 25 minutes after the conclusion of the JV game. 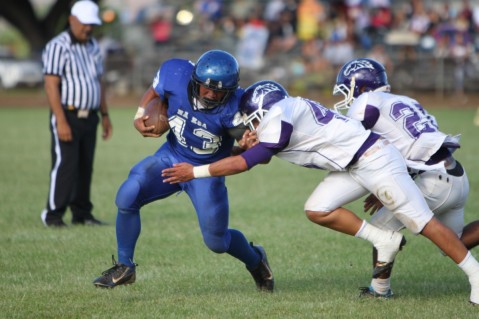 #43 Anuenue Tui is met by the Pearl City defense as he makes his way up field in the first quarter. Tui rushed for a game high 186 yards on 22 carries and one touchdown. 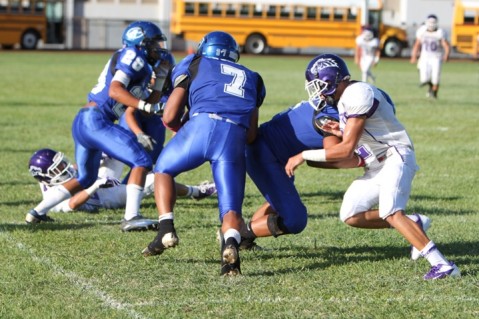 #7 Kainalu Kaleo rushed for 170 yards on 22 carries and two touchdowns. 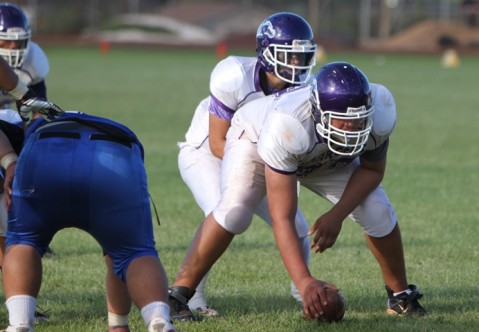 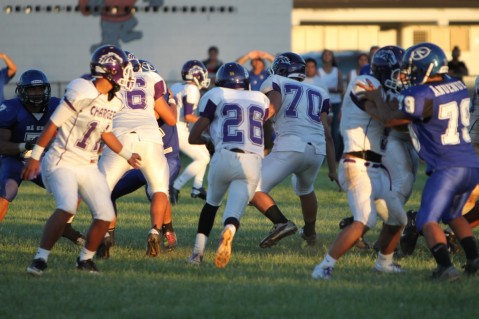 Pearl City QB Travis Joe got the job done running the Charger ground game in the fourth quarter. Joe pictured here handing off to Jaleek Barnette. Joe would score on the next play on a 57 yard touchdown run that put the Chargers up 53-14. 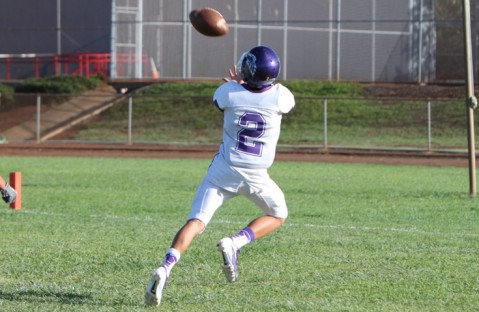 Pearl City's Isaac Amorin had a great game for the Chargers leading all receivers with 131 yards on four catches and two touchdowns. 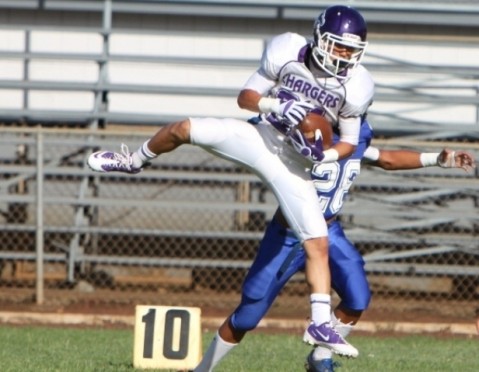 Tanner Tokunaga comes down with one of his four receptions that totaled 66 yards and one touchdown. Tokunaga also scored one rushing touchdown on a four yard run in the second quarter. 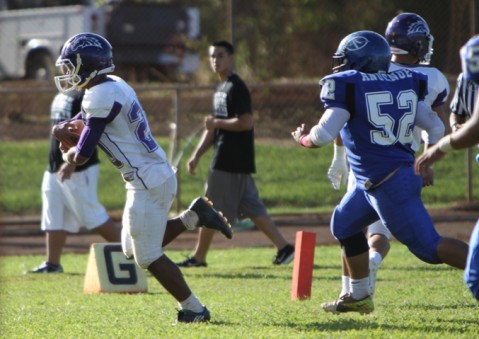 Blake Cooper scores the second of his three rushing touchdowns on a 3 yard burst into the end zone in the second quarter that increased the Charger lead to 13-0. 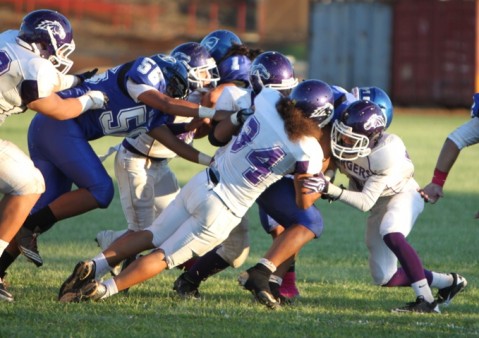 The Charger defense found themselves in a battle against the Na Koa ground game that rushed for an impressive 411 yards. 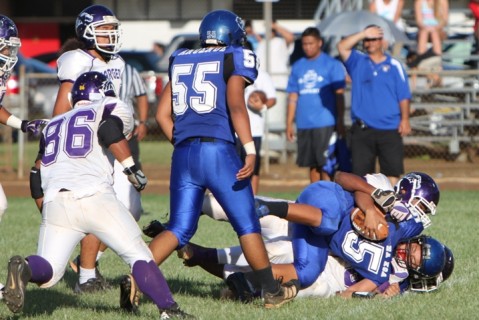 The Chargers defense turned it around against the Na Koa passing game holding the offense to 30 yards on two receptions.